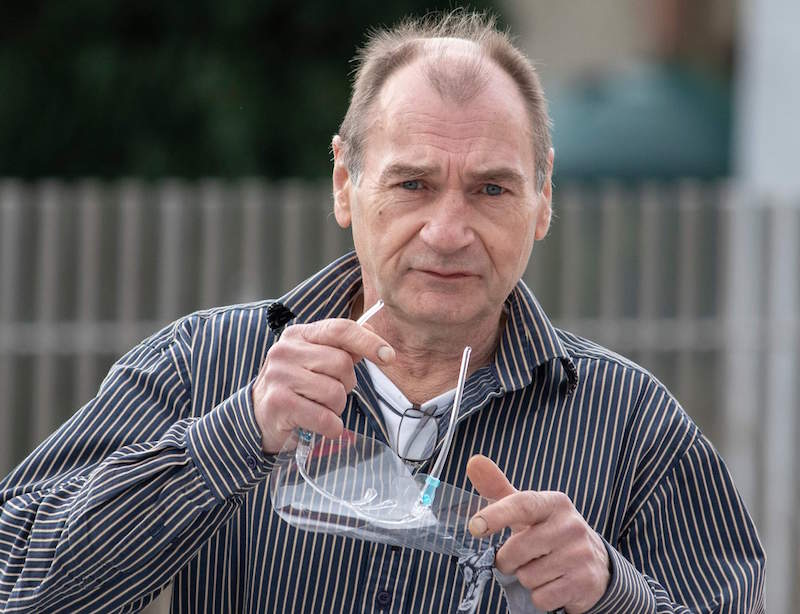 €13,000 cannabis man escapes jail after Judge hears he is drug-free

A man who was caught with more than €13,000 of cannabis at his home has walked free from court after a judge heard he is no longer taking drugs.

Gardai raided the home of Nicholas Browne at Tirconail Street in Donegal Town on June 27th, 2019.

They found cannabis in his sitting room, four bars of cannabis hidden in his bedroom as well as deal bags, weighing scales and tin foil.

When they searched his attic they found a large bag of cannabis hidden in the attic space.

The father-of-six, who is an upholsterer, admitted to Gardai that he was getting “a few bits of grass and solids ready for the weekend.”

Browne appeared at Donegal Circuit Court where he pleaded guilty to having the cannabis for sale and supply.

The 58-year-old admitted to Gardai that he had been selling the drugs from a shed at the back of his home.

When quizzed why he needed the money he said he was paying for his father’s nursing home costs.

Browne admitted that €1,520 in cash found in a wallet on his kitchen table came from the sale of drugs.

Garda Conor Doherty said Browne was arrested on July 4th and was very cooperative in custody and had not come to Garda attention since.

His barrister, Peter Nolan instructed by solicitor Rory O’Brien, said that Browne’s father had since unfortunately passed away but that he was paying €600 a month towards his father’s nursing home bills as well as providing for six children.

He said he was a good father and that all his children had been brought up very well with a good education.

Mr Nolan said the accused had told him that this was a turning point saying “I left the world I was in and I’m in the real world now.”

He asked Judge John Aylmer to consider that his client has pleaded guilty suggesting “mercy tempered with justice will meet the case.’

However, Judge John Aylmer said this was a large amount of drugs in excess of €13,000 and one before mitigation could merit a starting custodial sentence of four years in prison.

He said that if Browne continued to use cannabis then his options were limited.

Mr Nolan said he would impress this upon his client saying that urine and blood samples could be an option going forward saying “I will refocus his mind.”

Judge Aylmer adjourned the case until April 20th but was adjourned again.

Browne appeared in court again this week where Judge John Aylmer noted that he had previously decided this was not a case for community service  saying it was “far too serious” for that.

But he also noted that he did say he may take a different view if he was persuaded that rehabilitation was an option.

Browne’s barrister, Mr Peter Nolan, said the latest reports were very positive and that the accused was now off al drugs and had undergone urine tests which showed that fact.

Passing sentence Judge Aylmer said he placed the offence in the mid-range of such offences and one which merited 4 years in prison before he considered mitigating circumstances.

However, he noted Browne had no previous convictions and had a very good work history as a skilled craftsman.

He said the only explanation for the incident was Browne’s unusual financial pressures (funding his father’s care expenses.)

The Judge noted that he had granted Browne one last opportunity to abstain from drugs and reports suggested that he now appeared to be drug free for the first time in his adult life.

He said because of these factors he was prepared to reduce each count to one of three years.

However, he said he proposed to take “a very unusual step” and suspend the entire sentence that the accused enter a bond to keep the peace for three years and comply with the directions of the probation services.