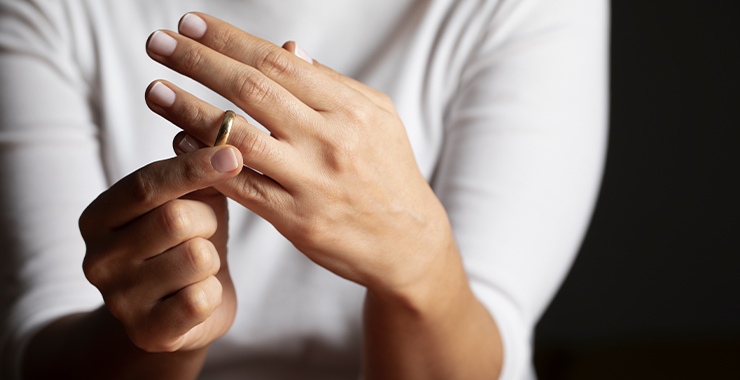 Woman who forgot she got divorced claimed husband’s estate

A woman who claimed she had forgotten she had divorced her husband has been given a suspended prison sentence after falsely trying to claim his estate.

Carer Bernadette O’Loughlin appeared at Letterkenny Circuit Court in Co Donegal where she pleaded guilty to using a form to get letters of administration to Keith O’Loughlin’s estate.

Mr O’Loughlin had died in 2006 and he had left a house in Findrum, Convoy.

The 56 year old accused had divorced Mr O’Loughlin in Northern Ireland in 2002.

However, when interviewed by Gardai in Letterkenny in September, 2019, she claimed she had no memory of getting a divorce.

She added that she did not think any such divorce would have any impact on any matters in the Republic of Ireland.

Detective Garda Peter Cullen gave evidence in the case and told how the couple had two children together.

However, after they divorced Mr O’Loughlin met another woman, remarried and they had a son Conor O’Loughlin.

Detective Cullen said “Bernadette O’Loughlin made an application in Letterkenny for letters of administration by submitting documents holding herself out to be the legal wife although she was actually divorced at the time.

“We got a statement from the probate office that if they had been made aware of the divorce outside Ireland, the matter would have had to be referred to the court for al parties. His three lawful children would have been entitled to his estate.”

Bernadette O’Loughlin for two thirds of the estate and his three children got a ninth each.

She said it was used in a “opportunistic and devious way.”

Student Conor O’Loughlin, who was just four when his father had died, said he was angry at the manner in which his father’s first wife was allowed to carry out what she did.

He told the court “What was rightly mine was taken away form me so cruelly. I’m angry this was allowed to happen to me by professional people.”

The court heard the house when sold was in a dilapidated state and fetched only €20,000.

A cheque for Conor O’Loughlin in the sum of €3,150 was in court for him as part of what he was entitled to from the sale of the house.

Barrister for Ms O’Loughlin, Mr Shane Cosetllo, said that his client was very sorry for the hurt she had caused Conor and said his client was suffering from psychological issues and also alcohol issues.

Judge John Aylmer said said there was a “significant level of premeditation” in what Mrs O’Loughlin, of Greeve Park, Strabane, had done which helped her benefit.

He said he placed it in the mid range of such offences and merited a sentence of four years in prison before mitigation.

He added she had entered an early plea, had no previous convictions, claims she could not recall getting a divorce and that he was told there were psychological and alcohol issues.

He reduced the sentence to one of three years and said he was going to suspend the sentence on condition that Ms O’Loughlin enter a bond to keep the peace and be of good behaviour for three years.