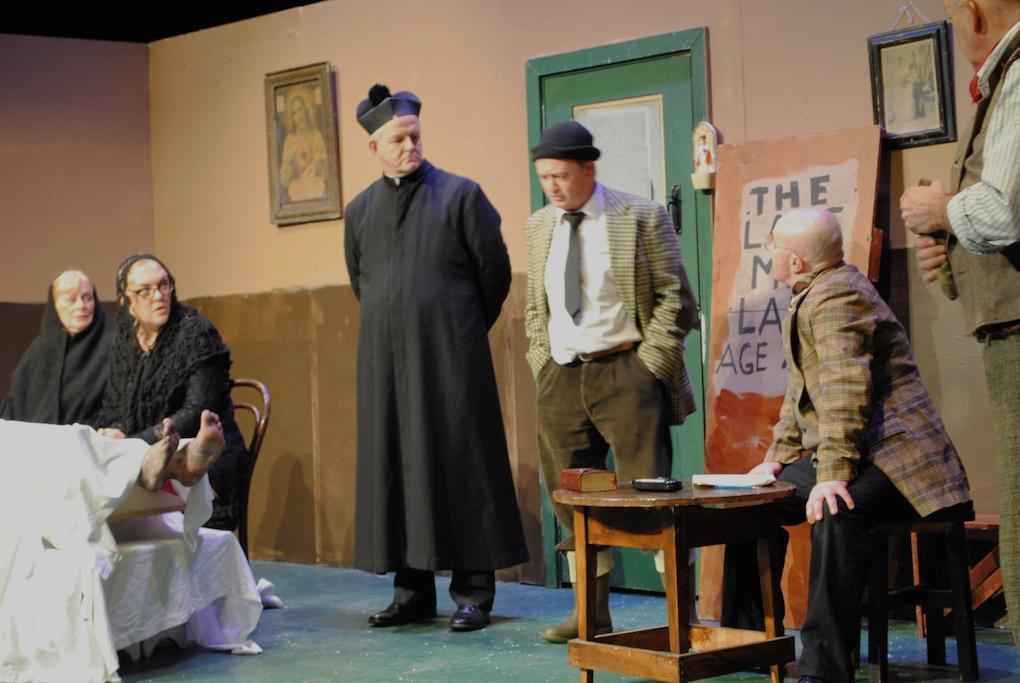 Night of laughter guaranteed at ‘Island wake’ in Castlefinn!

THE hilarious ‘Island Wake’ by Fergus Cleary returns for another belly of laughs tomorrrow in St Mary’s Hall, Castlefinn, in aid of Diabetes Ireland.

The comedy, which has so far raised more than €50,000 for local charities, will open its curtains in the town’s Parochial Hall at 8pm, tomorrow, November 10.

The event is being organised by local woman, Mairead Monaghan, who will next year walk the Camino de Santiago, also in aid of the Diabetes charity.

As a child, Fergus Cleary paid many visits to Coney Island off Rosses Point in Sligo where his mother was born and reared.

Without electricity (until 1999!) the island was a unique place.

Islanders made their own entertainment with the art of song and storytelling a treasured skill. 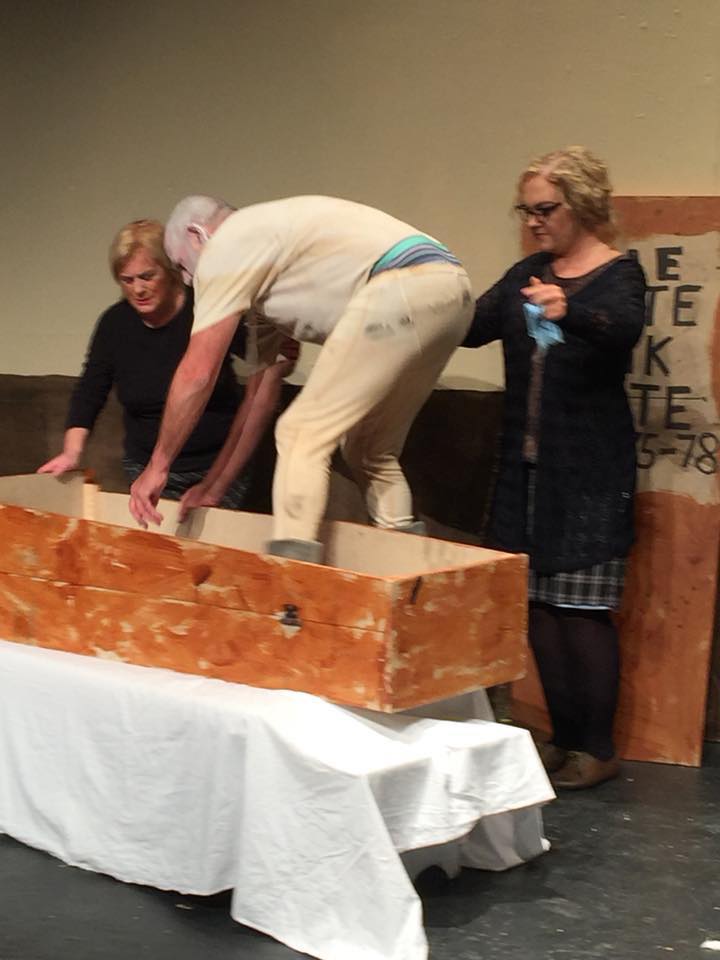 Another scene from the hilarious Island Wake.

In Fergus’ play The Island Wake, he recalls an island paradise with beaches on both northern and southern sides, free from traffic and such dangers.

Fergus takes these memories and, along with the many humorous stories and sayings from the island folk, deftly weaves them into a captivating tale of island life and wit.

The end result is a unique comedy at once funny, entertaining and nostalgic that will stay with you long after the final curtain.

Pre-pandemic, the show was a complete sell out when toured the county.

So, get your tickets now and get in early.

Priced at just €10, tickets are on sale locally or you can just pay at the door.

There will also be a raffle on the night and all proceeds will go directly to Diabetes Ireland.

Doors open at 8pm and the show starts at 8:30pm sharp.

In line with public health guidelines, all people attending the play will be required to show proof of vaccination on arrival, and have photo ID at hand – for everyone’s safety. The wearing of face masks is encouraged when moving around the hall, and can be worn or removed while seated.