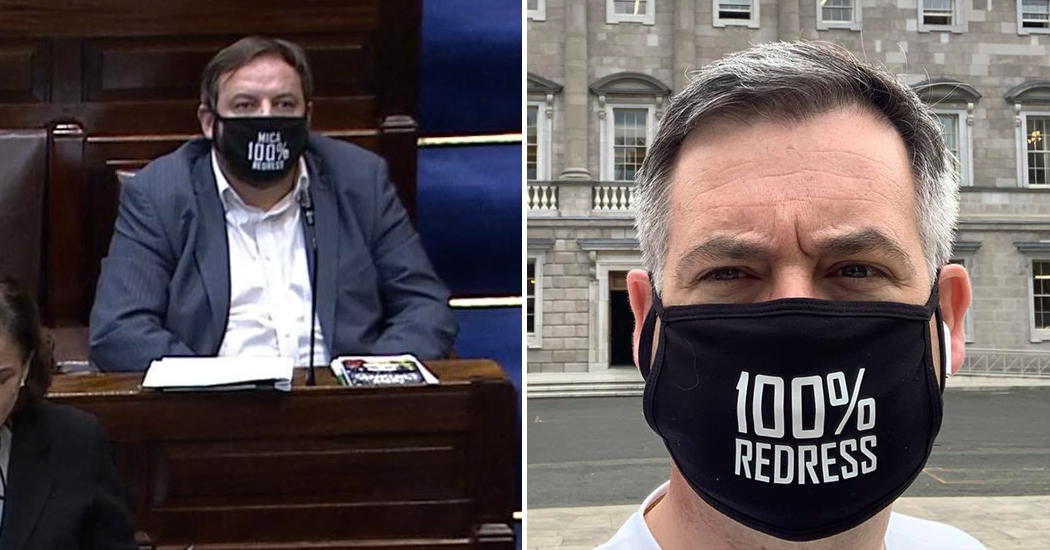 Donegal’s Sinn Féin TDs have hit out at provisions in the newly-announced Mica scheme.

Pearse Doherty and Pádraig Mac Lochlainn said that the government needs to remove the ‘sliding scale’ provision on the square footage rates.

The improvements announced today will cover 6,000 to 7,000 properties, with homeowners eligible to able to receive €145 per square foot for the first 1,000 sq foot based on SCSI methodology, reducing to €110 for the next one thousand square feet, with a sliding scale thereafter. Grants will be capped at €420,000. Alternative accommodation and storage costs will also be included, subject to a maximum of €20,000.

Speaking this evening, they said: “It is clear now that the ‘sliding scale’ provision introduced to the Mica/Pyrite redress scheme by Cabinet today brings those impacted by Mica and Pyrite to well below the market cost to reconstruct their homes.

“That means homeowners will need to pay tens thousands of euro from their own pockets. Ordinary workers and families in Donegal and elsewhere on the west coast do not have that kind of money, which is why the previous scheme fell apart.

“The government needs to go back to the position that was articulated to families this morning and then pulled from under them – that there would be no ‘sliding scale’ provision.

“The Society of Chartered Surveyors Ireland calculator makes no mention of a sliding scale, so where this provision was plucked from we do not know.”

Deputies Doherty and Mac Lochlainn continued: “The Mica Action Group has made it very clear that the ‘sliding scale’ provision must go.

Sinn Féin TDs tell government to go back to the table on Mica scheme was last modified: November 30th, 2021 by Rachel McLaughlin
Facebook0Tweet0LinkedIn0Print0