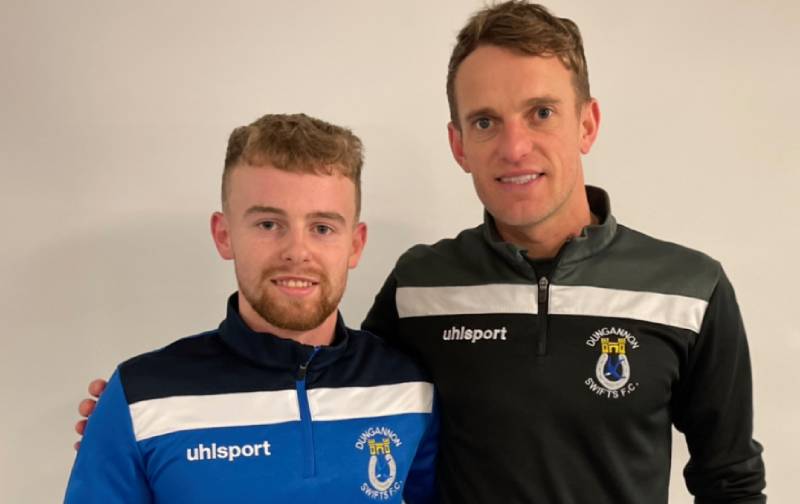 The man from Loughanure signed for Swansea City from Finn Harps when he was 16 but returned to Irish football last year with Derry City.

The 20-year-old suffered an injury hit season, coming off the bench 5 times, scoring once for the Candystripes.

Walsh said: “I’m delighted to come here to Dungannon. I’ve had a wee spell out and I just can’t wait to get back playing matches. I would like to say thanks to Dean for bringing me into the team.

“I got released by Derry City and Dean contacted my agent to get me down to training and we sorted things from there. I was at Swansea City from when I was sixteen until nineteen years old and after that I went to Derry for a year. I’ve played along with Luke McKendry (Swansea City) and Michael Glynn (Derry City) before so it was good to know a few of the lads already before I started training”

Dungannon Swifts manager Dean Shiels, who played for Derry under his dad Kenny who was manager, said:

“I’m really delighted to get Marc, he’s been in training with us for a while now and he’s got fantastic potential and great qualities that we are looking for. He’s going to be an exciting player for us.