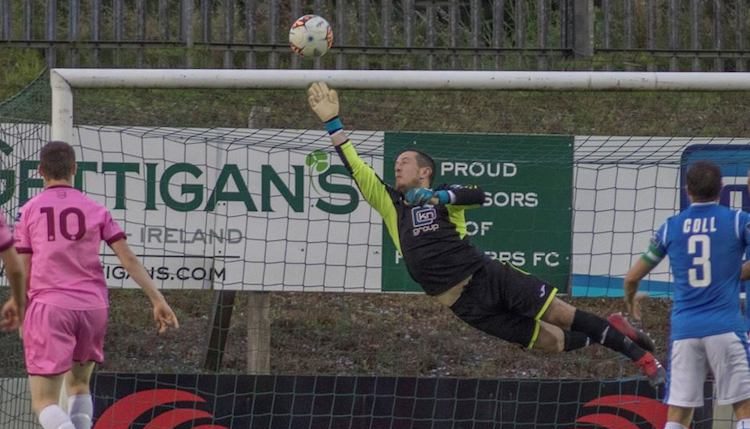 Ciaran Gallagher made his debut for Ballymena United last night, but it wouldn’t have been one to remember as his side lost 3-0 to Carrick Rangers in the NIFL Premiership.

Gallagher, who made over 250 appearances for Finn Harps, was only announced yesterday and was thrown straight into the deep end as Carrick came out worthy winners.

Despite conceding three, his side could have conceded more if not for a couple good saves by the 29-year-old.

David Cushley opened the scoring after a corner was whipped into the box which went over Gallaghers head and the number 7 was on hand at the back post to fire home.

Cushley then got a penalty and smashed it into the left corner, giving Gallagher no chance despite diving the right way.

Controversy struck when a ball over the top was held by Gallagher and substitute Ewan Kelly looked to kick the ball out of Gallagher’s hands before tapping into the open net.

Former Harps attacker Mikey Place also made his first start for the Sky Blues while Newtown native Brendan Barr, who is on loan from Derry City, was an unused substitute