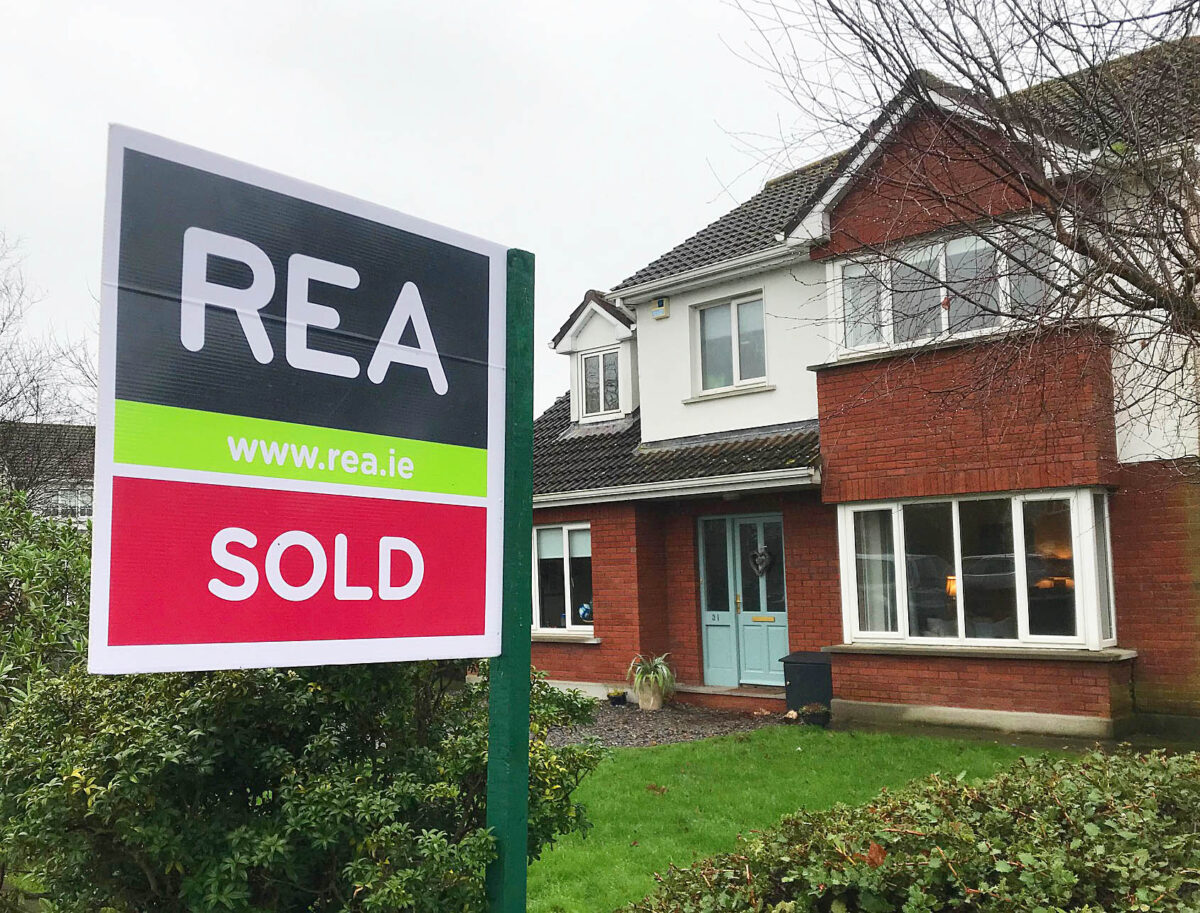 House prices rising by €55 a day in Donegal

The average house price in Donegal has jumped by €5,000 in the past three months.

A second-hand three-bed semi in County Donegal now costs an average of €132,500 – a rise of 3.9% in the last three months, according to a national survey by Real Estate Alliance.

And the survey has shown that 29% of sales in the county are to first-time buyers, with 42% of all purchasers coming from outside the area.

Across the county, the average time taken to sell is four weeks, the Q1 REA Average House Price Index has shown.

Milford prices rose €5,000 to €130,000, representing an increase of 4%, and first-time buyers represented 33% of sales, with buyers from outside of the country also representing 33%.

“The shortage of stock coming to market was the trend for last year, and Q1 has seen no significant uplift in this situation,” said Paul McElhinney of REA McElhinney, Milford.

“However, there is continued upward movement on prices, with good prices being offered for older houses in spite of increased construction and renovation costs.

“The ongoing situation with defective blocks has hampered market activity for the more recently constructed properties as continued uncertainty plagues the redress scheme.”

Nationally, house prices are increasing at an average of almost €100 a day as the market shows no signs of slowing up in the early months of 2022, the survey has found.

Average house prices rose by 3.16% nationally in the first three months of year, matching the 1% a month increases experienced during the Celtic Tiger days.

And illustrating the two-tier nature of the market, 59% of all purchasers were first-time buyers, that figure rising to 76% in Dublin as people with mortgage approval scramble to get on the housing ladder.

The price of a three-bedroomed semi-detached house across the country rose by almost €9,000 over the past three months to €278,500 – representing an annual increase of over 14%.

In the rest of the country, where prices rose 3.4% to €196,569, the survey found that one in every three buyers were from outside the county as new working conditions enable a rethink on home bases.