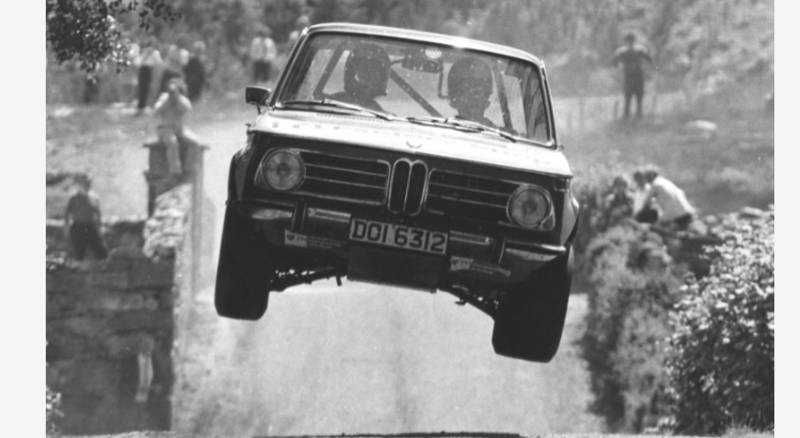 After you had finished your ice pop you could write your name using the lollipop stick and tar on a nearby kerb stone.

‘B McD ’74’ was what I wrote from boiling tar on the kerb at the green outside my house.

My daddy gave out about this new craze thinking it was my cousin Brendan McDaid that wrote this graffiti of the time. They were the summers, that the tar on the streets was boiling up.

On an old oak table and chairs retired out to a conservatory I sit and think of them great times. Over the last two years of Covid in complete lockdown I spent a good few days sitting reading at this old table.

I have often thought of this table’s journey and the stories it could tell both of my family and the business which was run from this hub since it was bought in the 1970’s.

The table was in the dining area of a Bed & Breakfast business run by my late auntie Rosaleen Gill, run on the Convent Rd / Backroad called Septora.

I was told growing up that the name Septora was an anagram of Rose and her late husband Pat’s names.

Many of the visitors to Letterkenny over the years were accommodated in Septora B&B on the Convent Road who have dined at the table getting a hearty breakfast before their onward journey.

Next to the Letterkenny Folk which brought its fair share of International guests to Ireland over the years, it was the Donegal Rally that I think of this week in the early years of Donegal which was a massive boost to tourism in Donegal.

B&B’s were booked out on and before the Donegal rally both by supporters and competitors. The late Bertie Fisher was a guest for a few years of the Donegal on the Back Rd in Letterkenny at my Aunt Rosaleen’s (not that we would have known at the time).

Competitors liked a quiet B&B so they could focus on doing their recce of the stages and could well have had maps spread out over this dinning room table making adjustments to their pace notes ahead of the upcoming rally that year. 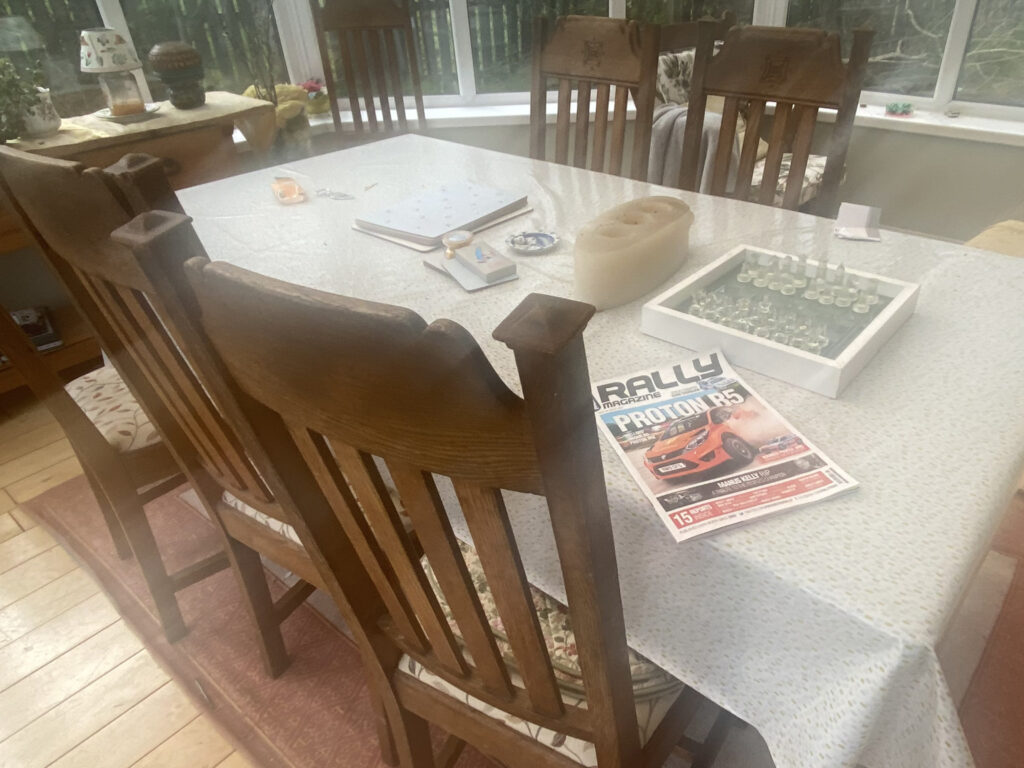 The old Bed and Breakfast Table from my Aunt Rosaleen House, where the likes of the the Late Bertie Fisher and Brian Nelson got fuelled up for the day before heading of to compete in the Donegal International Rally. Photo Brian McDaid.

Years after that Rosaleen, who would tell us of Bertie staying with her and one of the younger ones on the team getting back very late and climbing in a bedroom window when she went to the front door to let them in.

Another driver that stayed with Rosaleen was Brian Nelson who was a guest on a couple of occasions the weekend of the Donegal International Rally.

Rosaleen recalled his Tuca Tiles sponsored Porsche arriving and I’m not sure if that’s the first year he won the event or not, but in the years before that Nelson became the first come to compete in Donegal in a BMW. 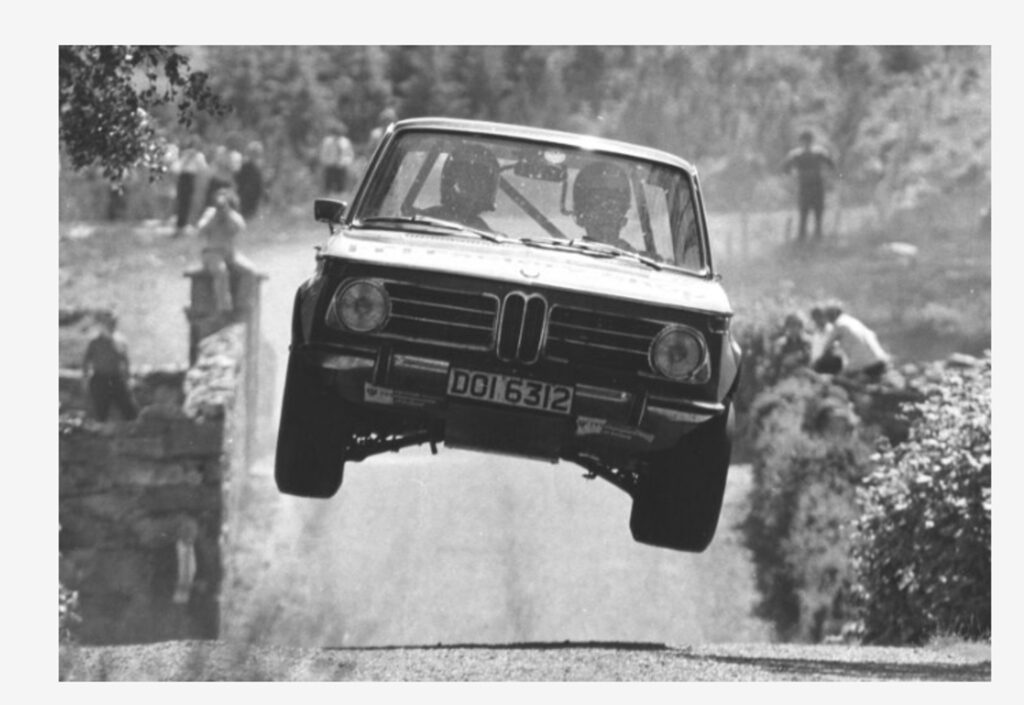 Brian Nelson going the highest at Oughterlin in his BMW in 1974 captured by the late and great rally photographer Esler Crawford.

This car was captured by the late photographer Esler Crawford at an amazing height passing Oughterlin Church on one of their famous stages.

This picture was used in the Derry People & Donegal News in 1974 and at the time I thought it was very impressive from the driver and the photographer that captured it.

But it wasn’t until years later on a visit to a roadside diner outside Dublin that I spotted an enlarged version of the same photo, framed and pride of place on the wall of the diner.

It just summed up Donegal so well, that car sitting high above the road in 11/10ths heading over the yump at the chapel and the spectators and the road it came from in the background.

At the finish ramp at the old Ballyraine Hotel it was Cathal Curley and Terry Harryman that won Donegal for the third time. 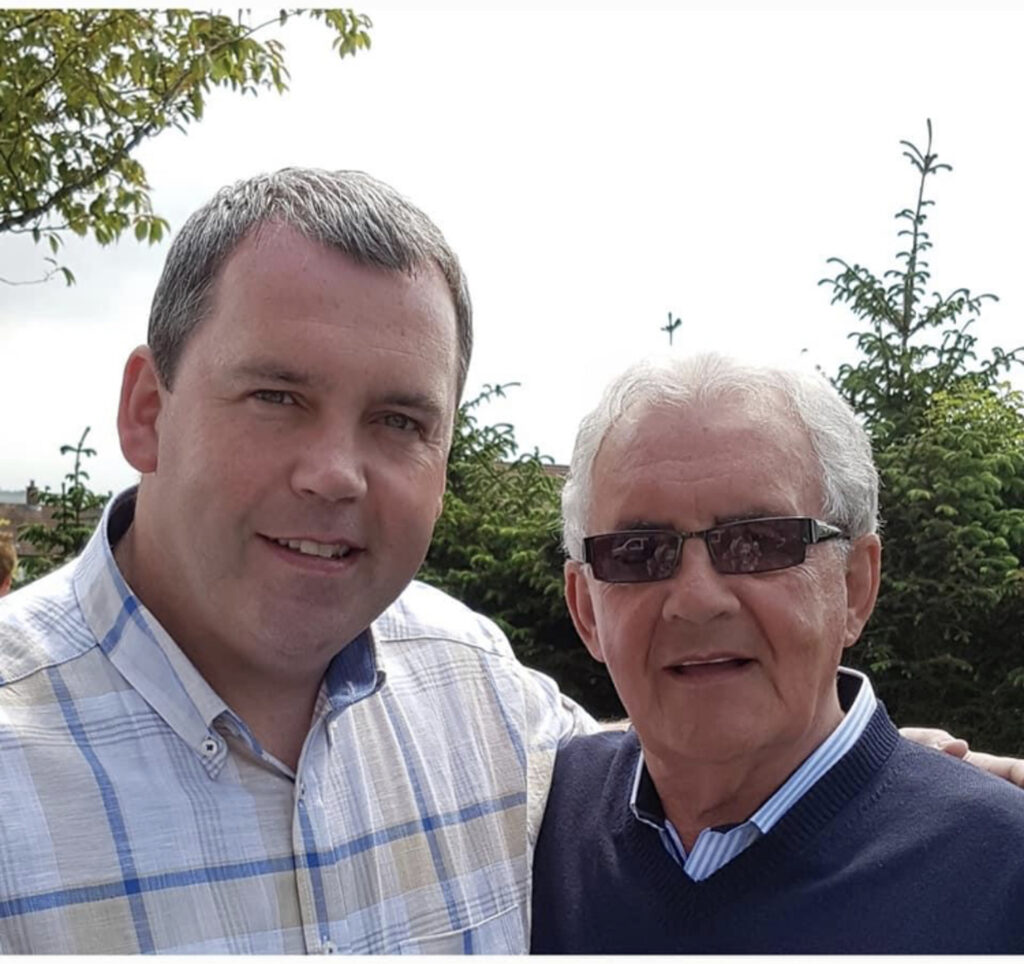 Cathal Curley winner for the third time in 1974 pictured with his son Conor who was born the weekend of that same rally.

He also was celebrating a personal event, the birth of his son Connor who was born on the 20th of June that year, the same weekend as the Donegal Rally, arriving six weeks before his due date.

The new face to rallying that year was Brian Nelson, who had made the switch from circuit racing to rallying. His BMW 2002 ti wasn’t as developed as other BMW’s and 911 Porsches ahead of his on the road but that didn’t stop the young Lisburn Driver.

He would go on to win the Donegal International Twice before the 1970’s would come to an end in a Porsche 911 and an RS1800, better known in Donegal as the Tuca Tiles cars.

The highest Donegal finisher in 1974 was PJ Wilhare from Cranford with Seamus McGettigan navigating. They were driving a MK 1 RS200 Ford Escort and could have been a place higher but the engine was suffering and that good old STP oil treatment was used to get the Ford home to the finishing ramp. 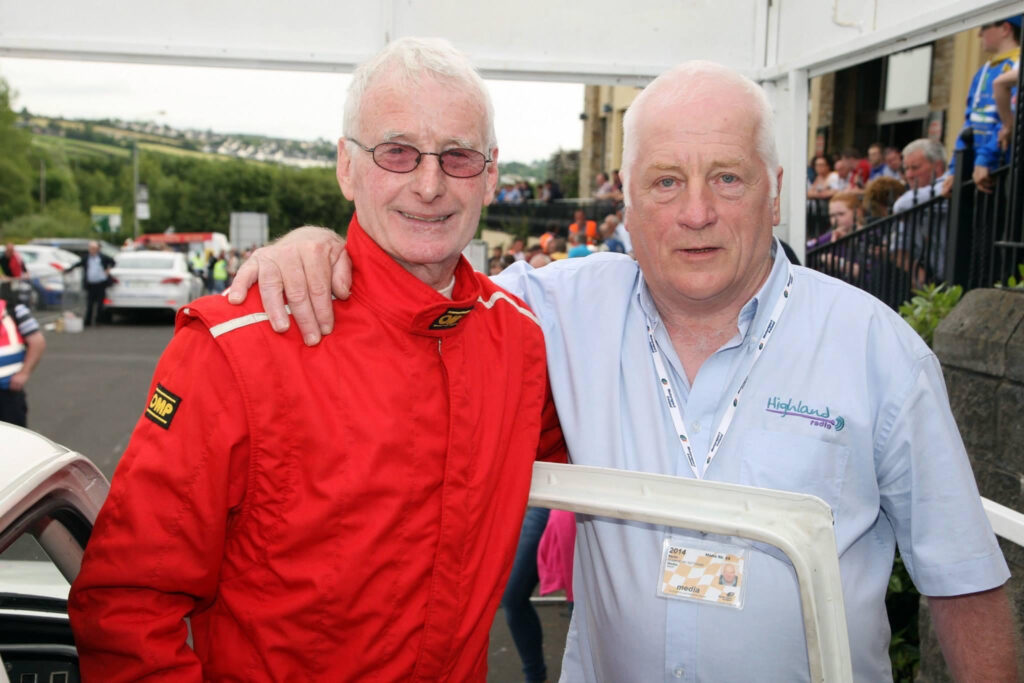 We talked to Seamus this week and it wasn’t long until he was reliving that summer of ’74 again.

“I don’t think I ever remember a summer as warm as that year was.

“The roads were like driving on a wet stage because of the tar boiling on the stages. A lot of the rally cars were suffering from overheating bits of grills and even headlights were removed in an effort to try and get a bit of cool air in around the engines.

“There were so many big household rally names at these rallies over the years ,coming from all over the world to the Donegal Rally,” Seamus recalled.

“And the new up and coming drivers were also there making their way through their rally career.

Russell Brookes was in our class, Group 1, in a brand new Mk 1 RS200, he ended up winning group 1 and finished 8th overall in the event. 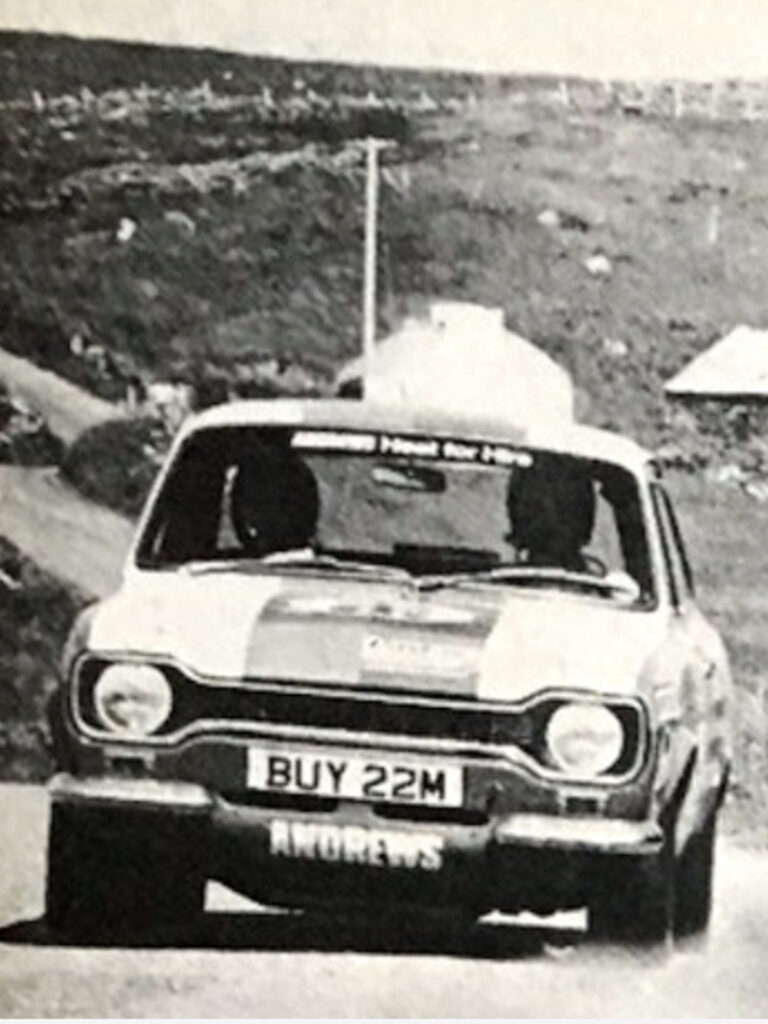 The late Russell Brookes on a charge in 1974 in Donegal Rally winning the highly contested group1 title in his brand new Mk1RS200 escort.

Bertie Fisher was seated a place in front of him on the road but rolled his Escort out of the rally on the Friday. Vincent Bonner, who Seamus navigated to win the Donegal Rally 9 years after 1974, competed in the rally in a BMW that year.

Vincent’s brother, the late Michael Bonner, navigated for him that year.

I can still see him traveling in the boot of the BMW out of the stage holding a fuel pump in place as they would finish 13th overall that year.

Fisher Nelson and Bonner went on to write their names into the tar of roads in Co. Donegal as winner of the Donegal International in the years ahead and Seamus joined them in the celebrations at the finishing ramp but as Seamus recalls, getting there was some of the greatest memories of that weekend in June when the tar boiled, tyres wore, engines overheat, and that rallying atmosphere filled the air as thousands flocked to Donegal to be a part of the action.