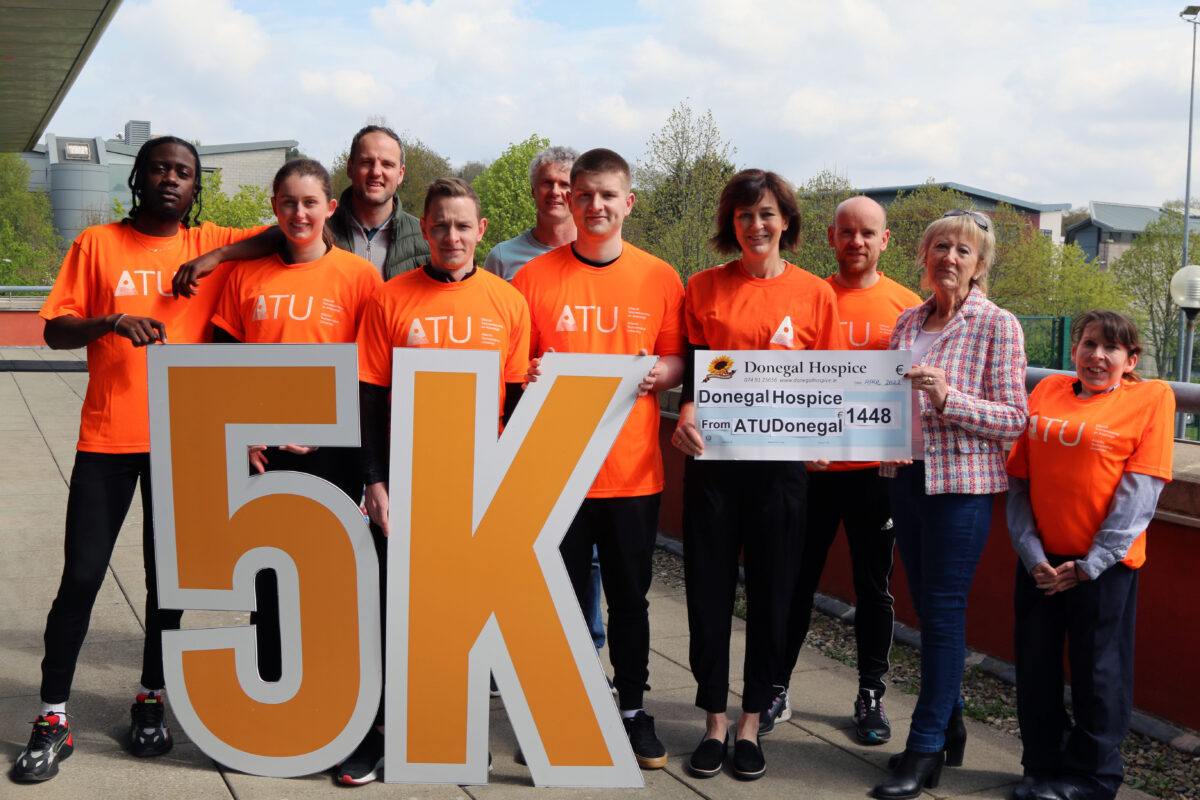 The event took place in Letterkenny on 5th April, which attracted almost 200 participants. The annual event was not only a charity fundraiser but also one of a series of events to launch the transition of Letterkenny Institute of Technology to University status, now named Atlantic Technological University (ATU).

All proceeds were in aid of the Donegal Hospice. Pictured is the ATU organising team and Anne McGowan from the Donegal Hospice receiving the money raised. Thanks is extended to all the athletic clubs in the northwest, the local community, and the ATU students and staff who participated in the event.

Helen Kennedy, ATU Donegal Sport Centre Manager, states that the event, now in its ninth year, is an event that encompasses all levels and abilities and generates great community spirit and generosity.

“It is more than a race or walk – it is an event that generates great community spirit and the generosity shown each year for charitable causes displays this.  It is growing each year and ATU Donegal extends thanks to all participants, organisers, volunteers and helpers.  ATU Donegal Sport Centre is delighted to welcome everyone through its doors, children and adults, at any time, not just for the 5K.”