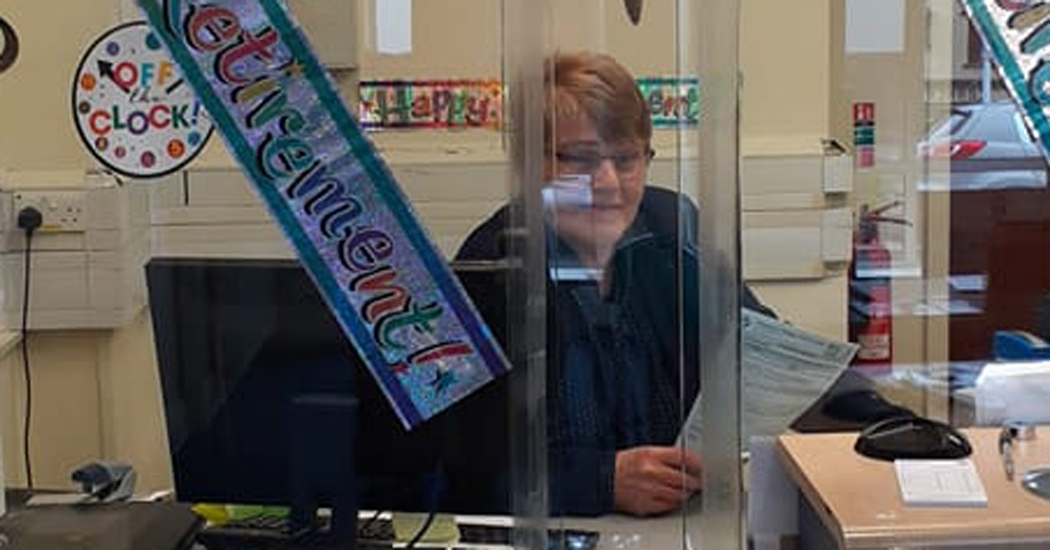 A popular Ardara woman has put her pen down after 32 years of dedicated work in the Ballyshannon & Killybegs Credit Union.

Philomena Mooney Boyle celebrated her last day in the Ardara sub office with colleagues and customers. She’s now looking forward to some travelling and enjoying more precious time with her grandchildren.

Philomena’s journey with the Credit Union started in 1990 when she began volunteering upstairs in the Ardara community centre. They then moved downtown to a room at John the Butchers on the main street. She then began working in the main office in Killybegs, where they then progressed to opening two sub-offices, one in Ardara at the Bridge Bar Front street and one in Glenties in a premise owned by John Boyle Main St.

The Ardara office then moved over to the main street to what was formally known as the old doctor’s surgery and the Glenties office moved up the town a little to a premise owned by the Brennan family.

Philomena’s final station was in the new BKCU on the Diamond Ardara formally known as the old Ulster Bank.

“Mum has seen many changes over the years with the credit union but she embraced them all and took it in her stride!,” her daughter Rosie said.

Throughout her many years behind the counter, Philomena has been a valuable help to many.

“So it’s safe to say that over the 32 years mum has had the pleasure of working with a fantastic team in the credit union and met many good friends along the way from Killybegs, Glenties and Ardara,” Rosie said.

Philomena clocks out to retirement after 32 great years with the Credit Union was last modified: May 16th, 2022 by Rachel McLaughlin
Facebook0Tweet0LinkedIn0Print0