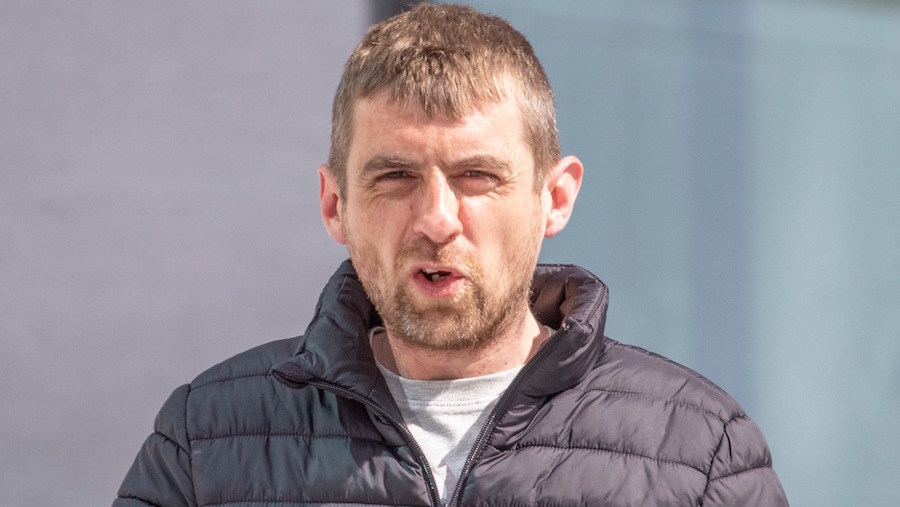 Man who attacked ex with scissors in home is jailed

A man who punched a hole in his ex-girlfriend’s bedroom door with a pair of scissors after breaking into her hoe has been jailed for a year.

Ms McGavigan was asleep in bed when her ex Andrew Laird broke into her home in the village of Convoy in the early hours of June 16th, 2019.

Laird, 33, who pleaded guilty to burglary, barged his way upstairs in Ms McGavigan’s home and told the frightened woman “I’ll get the truth now.”

Ms McGavigan managed to lock herself into her bedroom at her home at Milltown, Convoy during the attack which happened around 12.50am.

Laird, armed with a pair of scissors, began to try to bang the door in by punching a hole in the door and looking into the room.

Ms McGavigan managed to telephone her sister who lived nearby and Laird fled.

Laird told the court that he was high on cocaine during the burglary and that he was “disgusted” with himself for what had happened.

However, in her victim impact statement to Letterkenny  Circuit Court, Ms McGavigan said her children, who had been staying with relatives on the night, were still terrified of what might happen as was she.

She said she is not from Convoy but Laird is and she is now looking to leave the village saying “My stomach turns every time I see him because I don’t know what he’s going to do next.”

She said she was petrified on he night and now sleeps with her bedroom window open so she can hear if there may be somebody outside her house.

Laird, from Beechwood Park in Convoy, took to the witness box and said he regretted “every bit” of what happened on the night.

“I was completely off my head on cocaine. Thinking back I am disgusted with myself. I’m sorry for what I’ve done. It’s ridiculous. Sorry is not good enough for her. Our relationship is done,” he said.

The court was told that the accused had never taken a drink in his life but he became a changed person when he took drugs.

His own barrister Ms Fiona Crawford, BL, said Laird put the “fear of God” into his victim.

She also challenged him about having a “deplorable attitude towards women” and again Laird said his issues with drugs were to blame for this.

Ms Crawford did stress that Laird has been under the care of the Probation Services for the past seven months and that he has not stepped out of line or come to any Garda attention.

She suggested to Judge John Aylmer that he could be “put on his mettle” to see how he behaved himself over a period of time before any sentence was passed.

She also suggested he would have to undertake some form of drug treatment.

Laird has a total of fifteen previous convictions but most are for traffic and for drugs offences.

Passing sentence Judge Aylmer said he placed the offence at the higher end of the lower end of the scale of such incidents and one which merited a prison sentence of four years before mitigation.

He said “This was a very terrifying and traumatic experience for the unfortunate victim with whom he had a volatile relationship.”

In mitigation he said Laird had pleaded guilty, had a low IQ and had not reoffended since this incident and had also never served time in prison.

He said he had shown remorse and he had to consider suspending the entire prison sentence of three years.

However, he said the incident was too serious for a situation where there could be no custodial sentence.

He suspended the last two years of the three year sentence meaning Laird will serve one year in prison.

Man who attacked ex with scissors in home is jailed was last modified: May 19th, 2022 by Staff Writer
Facebook0Tweet0LinkedIn0Print0