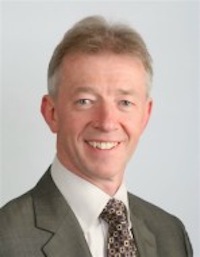 TWO men accused of assaulting two other men on a night out in Ballybofey have been found not guilty at their trial in Letterkenny.

Keith Flynn, who is 29 and from 13 Railway Ave Killygordon and Ciaran White, who is 24 and from Dreenan in Ballybofey denied a January 2011 attack on two local men – Don Moss and David Russell.

The incident happened in the early hours of Sunday January 6th that year.

Defence lawyers accepted that Mr Moss and Mr Russell were attacked, but insisted it was a case of mistaken identity.

A Garda officer told the court that his patrol car was flagged down after 3am in Glenfin Street and two men – Mr Moss and Mr Russell – reported they had been assaulted by a group of males and had facial injuries.

Their friend – and Mr Moss’s sister-in-law – Linda Doherty said she had witnessed the assault and identified Mr Flynn and Mr White as the assailants.

In June 2011 both men were arrested but refused to give statements.

Mr Moss told Judge Paul Kelly that he had left a disco at Jacksons with his friend Mr Russell to go to Main Street for food and a taxi.

“We were walking up Glenfin Street when a group people walked past us. Words were spoken – someone said something about ‘yous old men shouldn’t be out’,” said Mr Moss.

Mr Moss said he backed away, fell to the ground and he was kicked repeatedly in the face, chest and head. He lost consciousness.

He didn’t know who his assailants were.

Mr Russell said the men who attacked them had said something like: “Boys your age shouldn’t be out at this time of night.”

He said he was held whilst Mr Moss was kicked on the ground.

“I screamed at them to stop. I was told to stay out of it; to not get involved,” said Ms Doherty.

She said two girls who were with the alleged assailants walked on.

“One of them told Davy: ‘I’m going to slit your throat’,” she alleged.

“I shouted ‘Please Keith stop this’; they were roaring at him (Mr Flynn) and kicking him in the head.”

She was asked if she had had a relationship with Keith Flynn.

But she said she knew him ten years and admitted once kissing him saying: “It was just kissing – he was always a gentleman.”

She said she had known Ciaran White for around three years.

The victims and Ms Doherty said Mr White and Mr Flynn were together on the night when the incident happened.

However Mr Flynn and Mr White, backed up by separate witnesses, said they had even been together that night.

Mr White said he hadn’t been out that night and had arrived at the scene by car along with friends Michael Lafferty and Derek Robinson.

He said he saw people fighting in Glenfin Street, but didn’t know who they were.

Mr Flynn told Judge Paul Kelly that he had been in Jacksons with his girlfriend, a friend and his friend’s girlfriend.

He said he remembered being accused by Linda Doherty of striking somebody, but he hadn’t and told her she was confused.

He said his friend Aaron Neeson got struck in the back of the head and he had gone back to see if he was ok.

He said there were 20 people in the area at the time.

“There was some sort of scuffle, but I didn’t see anyone getting kicked on the ground. She (Linda) was accusing me of being in a fight.

“We had walked up the street and my friend had been struck and we went back to see what happened.”

Aileen Holmes – girlfriend of Keith Flynn – told the court: “Linda was roaring at Keith. She was accusing him of hitting somebody. He hadn’t hit anyone. There was a lot of roaring and shouting going on.”

Defence solicitor Frank Dorrian argued before the judge that it was clear that two men had been assaulted on the night in question but it was completely unclear as to who had carried out the attack.

There were a large number of people leaving Jacksons Disco and the evidence of defence witnesses had made it clear that neither of them were involved.

Judge Paul Kelly said there was “a considerable amount of confusion” about what had happened on the night.

He said Ms Doherty and Ms Holmes in particular had given what they believed to be clear evidence.

“But they both can’t be right,” said the judge.

“There were considerable conflicts in the evidence; I have just about sufficient doubt not to proceed to convictions in this matter.”

The assault charges were dismissed.