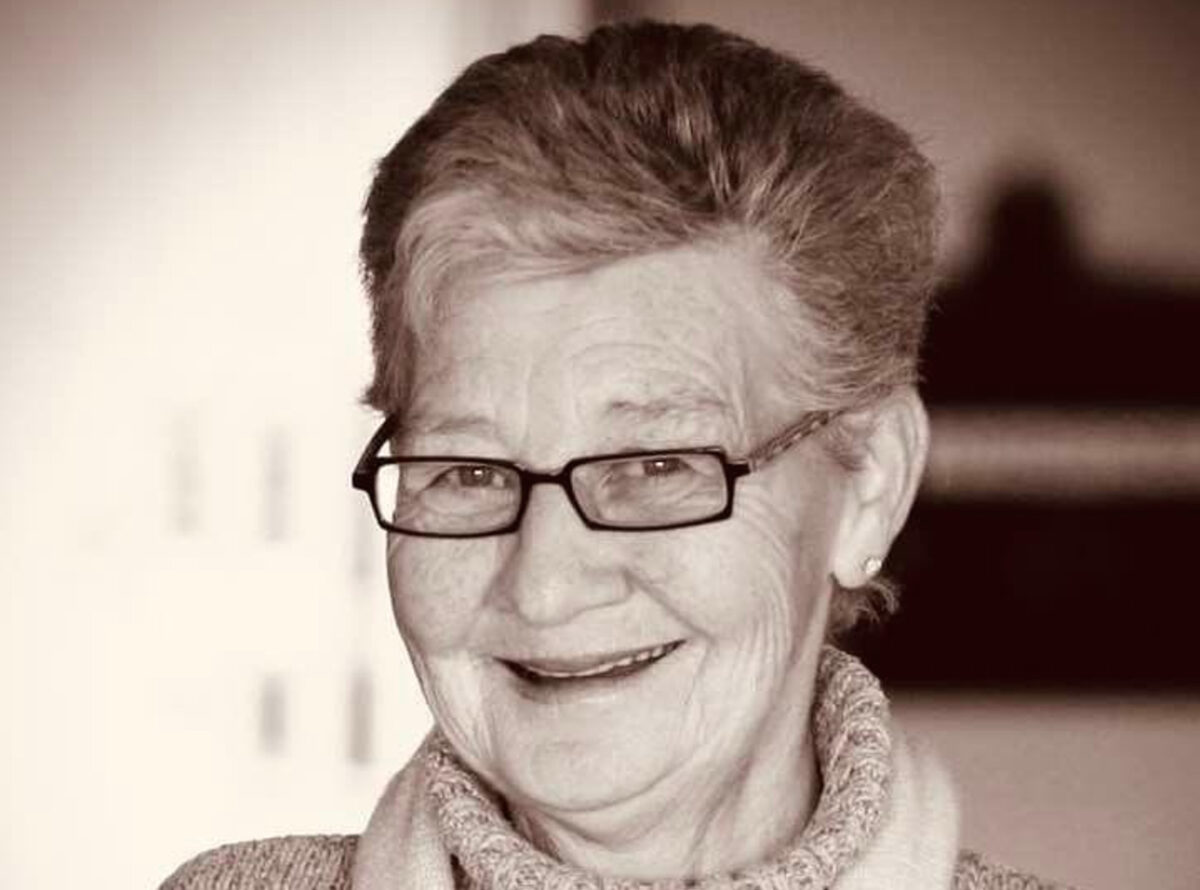 written by Brian McDaid May 25, 2022
Facebook0Tweet0LinkedIn0Print0

Rhododendrons in full lavender bloom said farewell to Carrie Harvey on either side of the New Line Road in Letterkenny on her final journey on Sunday morning.

On the day of her funeral mass from Tullygay, her son Andrew’s home, her cortège took a trip down the New Line for the last time, a location that Carrie lived on or at the bottom of for the biggest part of her life.

As they made their way across the upper Burma down past the girls school and the old boys school to St Eunan’s Cathedral, the people of Letterkenny said farewell to one of the town’s champions.

The administrator of St Eunans Cathedral Fr. Kevin Gillespie told the congregation about a woman known as ‘Oma’ to her grandchildren, a woman who told them great stories and made beautiful apple tarts, and talked about missing her late son Nigel.

Her late husband, a rally driver, worked with me with the fire service many years ago. Out on a call one night at a chimney fire or something and after everything was under control I was getting the name of the caller when the name Caroline Coyle in came over the radio. Eamon had a wee smile to himself and said ‘that takes me back, that was my wife’s name before we got married – Caroline Coyle.’

In a packed St Eunan’s Cathedral listening to a beautiful choir, memories of the work that Carrie Harvey gave up her time for over her lifetime for the many causes she championed in Letterkenny and beyond came flooding back.

For me it was the work that Carrie put in over the years for the Donegal Hospice. Carrie was one of the people who was an ambassador representing the hospice at the presenting of cheques from so many different walks of life in all corners of Co. Donegal. 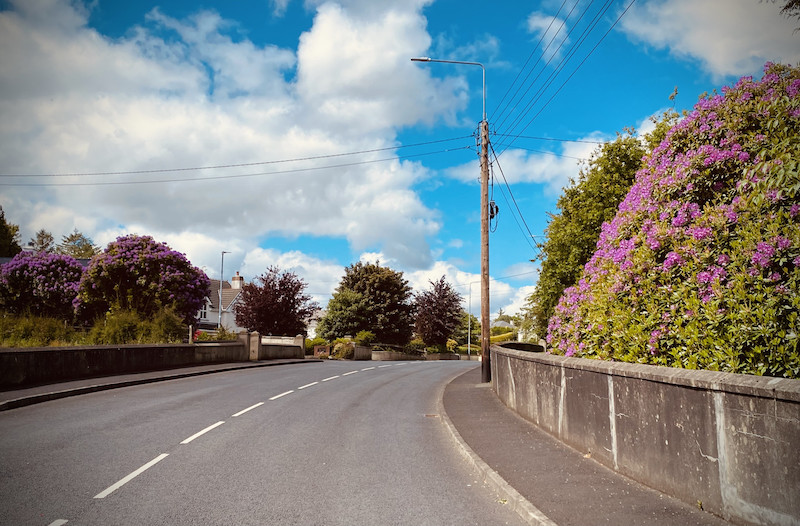 The New Line Rd in full bloom to say goodby to the Late Carrie Harvey at the weekend. Photo Brian McDaid

For every big cheque presentation that had to be covered for local papers by way of saying a big thank you for all the different people that helped raise funds for the Donegal Hospice, there was ten times as many jobs that were done like the collections and delivery of charity boxes dotted around pubs and shops carried out by Carrie and volunteers like her over the years.

Over the weekend many people that were involved in all the different groups that Carrie was involved in from the Tennis Club to the Young at Heart/Care for the Aged group all recalled Carrie’s straight talking, and to call it as it was.

Her way of making a decision and sticking to it was a great quality that Carrie had in a working group that always was done to benefit the people that weren’t in a position to care for themselves.

On Sunday after the funeral mass, familiar faces followed Carrie out of the Cathedral and we stood and had a wee chat with each other embracing once again the art of conversation, something Carrie had a masters in.

With the present renovations in place in and around the cathedral car park I made my way back to may van which I had abandoned above the girls school near the Burma.

And heading out over Sentry Hill I think of stories told by Carrie about her school days growing up in Letterkenny and living in St Columba’s Terrace on the High Road going to school in the old boys school which before that was the old girls school, and the days they made the flit up over Sentry Hill to the newly built Girls school, Scoil Mhuire Gan Smal and the adventure of them all as young school children thinking nothing of carrying the desks up from the old school to the new school.

The stone plaque in the reception of the girls school states that the Bishop of Raphoe, the most Rev Dr. Mac Neely placed the stone for the new school there on the 7th of September in 1954. 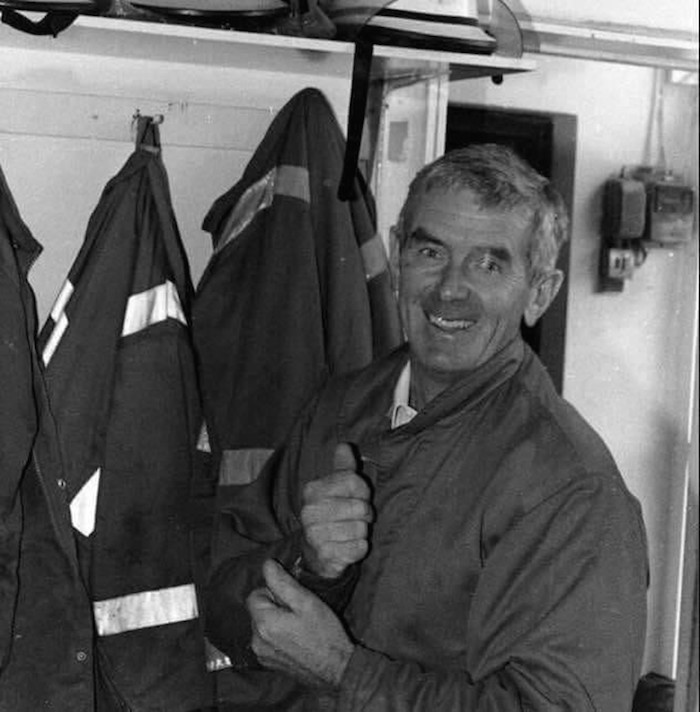 But it’s the wee corner stones like Carrie that have made the difference quietly working away in the background in her beloved Letterkenny, holding things together from being a wife, a mother and an ‘Oma’ (grandmother.) As a keystone deep in the building and continuous promotion of the Donegal Hospice Carrie along with lifelong friends have made the difference, fundraising, promoting to provide the much needed care for others.

Carrie’s energy, her humour, that twinkle in her eye will be missed but not forgotten, she made a difference.

In her final days on this earth and preparing for the next, she wondered if ‘her Eamon’ would still know her after the 18 years that have passed between their two passings.

I can just imagine Eamon looking at her and saying ‘what kept you Carrie’ as the both headed of for a spin and a cone in one of Eamon’s old Hilman Avenger rally cars with them trumpets of the twin forty Weber carburettors rattling all the roof tiles in the houses on the New Liney Road in heaven. 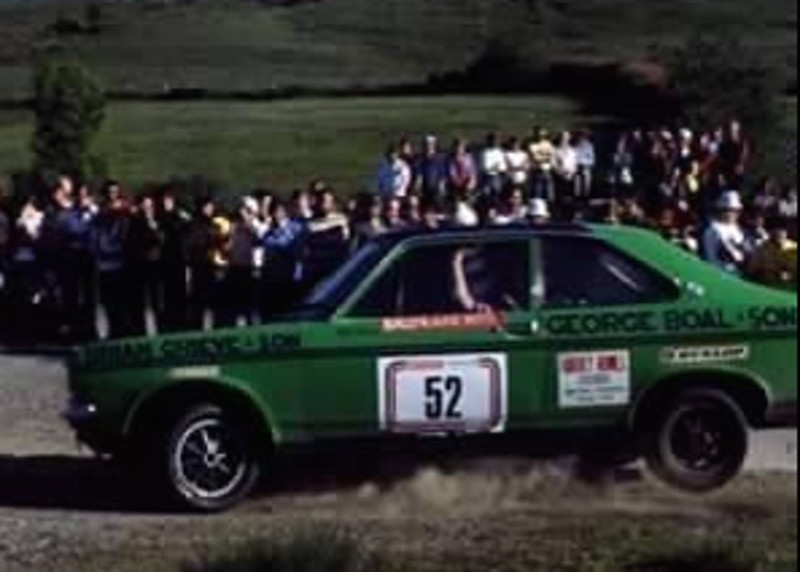 One of the many Hillman Avenger Rally cars that Eamon Harvey had over the years.