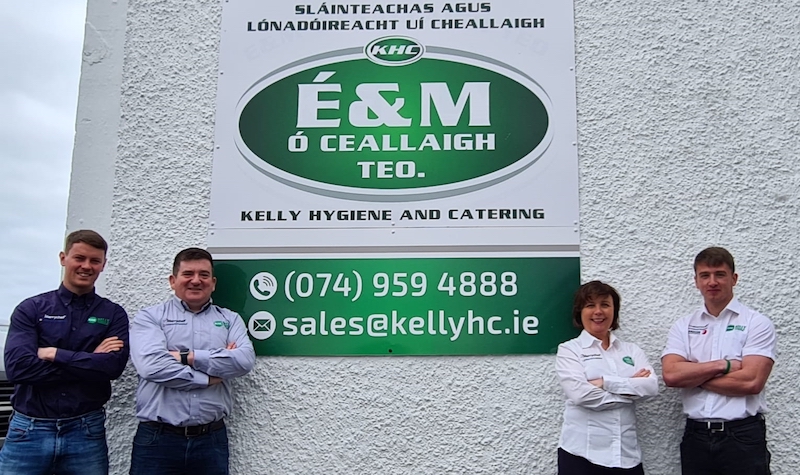 Kelly Hygiene and Catering is based in the Gweedore Business Park in the Northwest of Donegal.

They are privileged to have not one but two Donegal County senior players as part of their own team.

Peadar Mogan (23) from the St Nauls club in Mountcharles has recently completed his studies in the Atlantic Technological University Letterkenny in which he studied Sport and Exercise with Physical Education.

They also have Mark Curran (23) who is part of An Clochán Liath club in Dungloe and has also recently completed his master’s in Strategic Management.

Both lads are looking forward to the opportunity of lifting their first Angelo Celt cup with the Donegal senior team.

Mark and Peadar were both part of the 2016 Ulster winning minor team which they defeated Sunday’s opponents, Derry, on a score line of 2-10 to 1-11. Mark was playing corner back and Peadar in the half back line.

“We would like to wish Declan and all the lads the very best of luck on Sunday and hope they can get over the line and bring the Anglo Celt cup back to Donegal for the first time since 2019.”