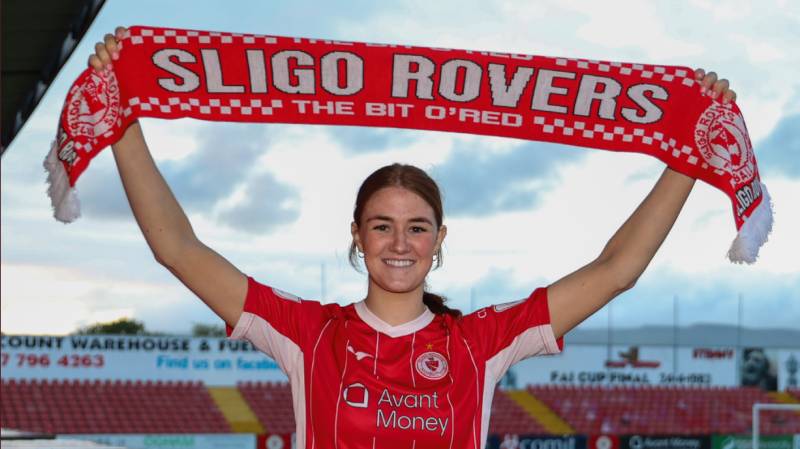 Sligo Rovers have announced the signing of Alana Doherty on a short term deal.

The Clonmany woman is currently attending Oakland University on a Soccer Scholarship where she will return to at the end of the summer for her third season in America.

Doherty is a former Illies Celtic player where she played in her early career before making her first appearance for their senior Women’s team.

She was also part of The Inishowen Academy from U12 through to U16 and progressed through to the U18 side before joining Derry City in 2021.

Alana told Sligorovers.com: “I’m excited to sign for Sligo Rovers Women and get the opportunity to play in the Womens League of Ireland.

“We have a great bunch of players, and the management team are great too and I’ve no doubt we can go really far together.”

Doherty is expected to be part of Saturday’s FAI Women’s Cup match day squad as The Bit O’Red host Douglas Hall at 3pm at The Showgrounds.

Manager Steve Feeney said: “We’re thrilled to welcome Alana to the club. She will prove to be an important part of the squad over the next few weeks and she will bring some good experience and quality into the group.

“She has played at a high level both at home and abroad and we’re looking forward to working with her.”