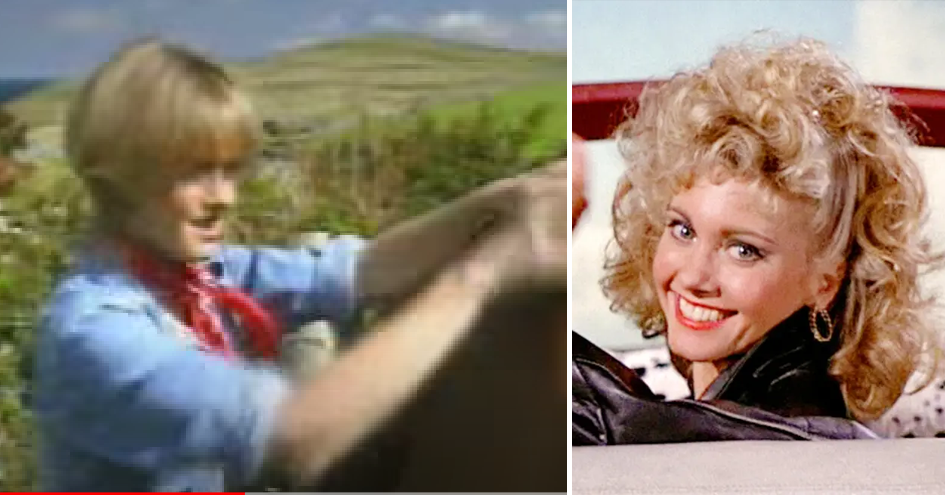 Olivia Newton-John: A look back to when ‘Sandy’ visited Donegal

Tributes have poured in from around the world for Olivia Newton-John following news of her death last night.

The actress and singer died peacefully at her ranch in Southern California on Monday morning at the age of 73.

The people of Dunfanaghy have a special fondness for Olivia Newton-John, who once holidayed in the village.

Newton-John promoted the tourism highlights of Dunfanaghy in a BBC programme ‘Holiday‘ in 1996.  The video shows her embracing the music and horse riding on the beach.

Clips from Holiday have resurfaced following her passing, with many people having fond memories of meeting her during that time.

The team at Arnold’s Hotel said: “We had the pleasure of Oliva and her daughter Chloe as guests back in 1996. What wonderful memories of an amazing lady. RIP ”

Local designer Edel MacBride said “I was greatly humbled that she bought my handknit black tweed ‘Russian suit’ from McAuliffes Dunfanaghy while filming here. No influencing, no hand-outs just a girl buying something she loved and connected with… A True Lady.”

Cheers to you Olivia Newton-John, and to your love of Donegal. Photo from Jill Dando’s “Holiday” on BBC One, shot in Molly’s Bar, Dunfanaghy, 1996. pic.twitter.com/oRTLpCUdNI

Olivia Newton-John was born in Cambridge, England and moved with her family to Melbourne when she was five.

The entertainer, whose career spanned more than five decades, devoted much of her time and celebrity to charities after being diagnosed with breast cancer in 1992.

She sold more than 100 million albums, won four Grammy Awards and had 10 number one hits including “Physical”.

Her husband, John Easterling, posted the news of her passing on her official Facebook page yesterday, saying: “Olivia has been a symbol of triumphs and hope for over 30 years sharing her journey with breast cancer. Her healing inspiration and pioneering experience with plant medicine continues with the Olivia Newton-John Foundation Fund, dedicated to researching plant medicine and cancer,” the statement read, adding “in lieu of flowers, the family asks that any donations be made in her memory to the Olivia Newton-John Foundation Fund (ONJFoundationFund.org).”

Olivia Newton-John: A look back to when ‘Sandy’ visited Donegal was last modified: August 9th, 2022 by Rachel McLaughlin
FacebookTweetLinkedInPrint