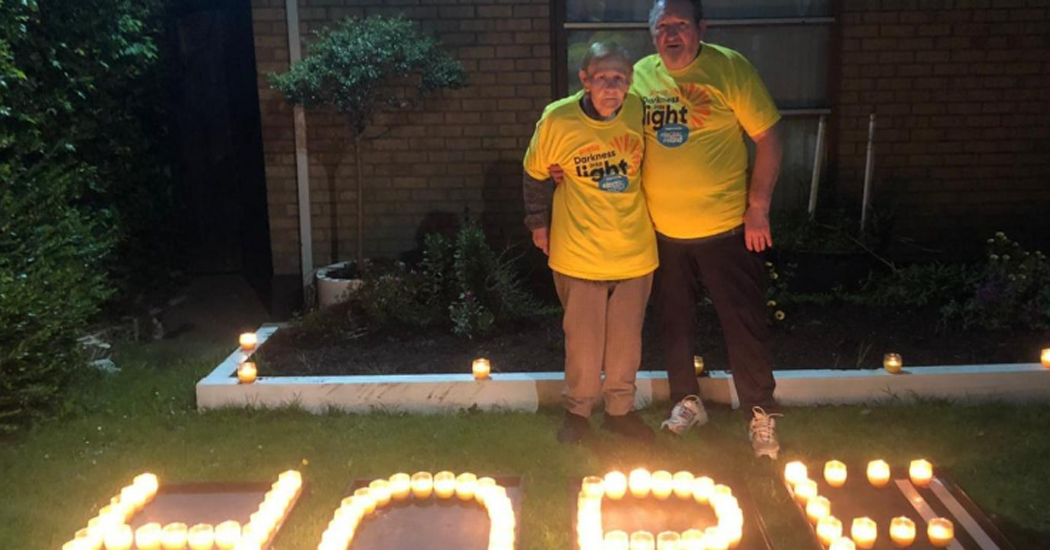 The first ‘Bench of Hope’ is to be unveiled in Malin Head to raise both mental health awareness and hope.

The bench is in recognition of the tireless work by Johnny and Gertie Fox, founding committee members of Darkness into Light.

The Dublin couple lost their son Fergal (aged 24) to suicide. In their despair, they were told about Pieta House. The support they gained from Pieta inspired them to organise a walk to give back. The first sunrise walk took place in 2008 with 479 people walking together in Phoenix Park. Since that day, Darkness Into Light has transformed from a single group to a global movement of almost 200,000 people.

Johnny and Gertie and family and friends will gather at Malin Head car park on Sunday 21st August at 3pm to unveil the ‘Bench of Hope’ and have a poetry reading.  Ribbon cutting from 3.30pm. All are welcome.

Seán Fox, son of Johnny and Gertie, said the bench will put Malin Head on the map of Ireland as a place that values both mental health awareness and hope.

Seán said: “My parents have strived their entire lives trying to shed light and raise awareness about mental health in Ireland. Additionally, my father, Johnny, was the first person in Ireland to do a solo run from Malin Head to Mizen Head which he did in 1979 to raise funds for two different charities. Malin Head, therefore, is a very special and important place to us all.”

The initiative is sponsored by Electric Ireland.

Ireland’s first ‘Bench of Hope’ to be unveiled at Malin Head was last modified: August 15th, 2022 by Rachel McLaughlin
FacebookTweetLinkedInPrint