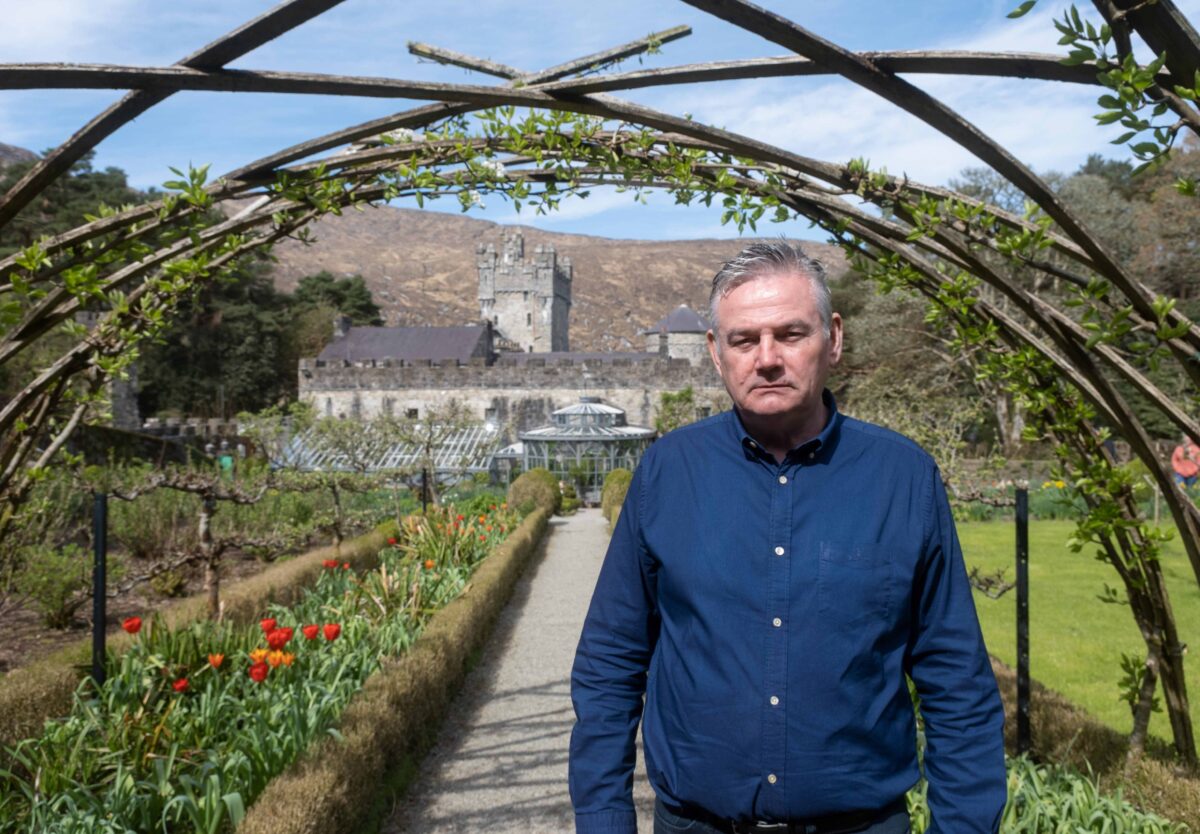 New information has been uncovered about Arthur Kingsley Porter, the Harvard millionaire who vanished without trace on a remote Donegal island.

Porter, a former owner of Glenveagh Castle, disappeared off Inishbofin in July 1933. The last person to see him alive was his wife Lucy. No body was ever recovered.

An inquest – the first held in the Irish State without a body – accepted his wife’s opinion that the internationally-renowned academic slipped, fell into the ocean, and was washed out to sea.

However, many of the islanders and a surviving relative of Porter’s believe he may have staged his death to create a new secret life for himself abroad.

A new documentary will be screened on TG4 on Wednesday 7th September 9.30pm to reveal the findings of a fresh investigation by veteran investigative journalist and filmmaker Kevin Magee for TG4.

“What I believe happened, to put it simply as possible, is that he faked his own death,” Porter’s grand-nephew Scott Arneill told the programme ‘Ar Iarraidh‘.

A leading expert in his field, Arthur Kingsley Porter taught art history at Harvard. He and his wife Lucy bought Glenveagh Castle in County Donegal in 1929 for £5,000 which today forms a key part of Glenveagh National Park.

In the hour-long documentary, Magee uncovers new information about Kingsley Porter and his disappearance including some previously unseen material that lay undetected in a Harvard archive for decades.

Magee said: “As part of my investigation I travelled to Boston and found some papers and other materials that Porter’s wife deposited in an archive at Harvard University where he’d taught. Among the papers were some historic photographs of the island taken days after Kingsley’s disappearance.”

“The documents themselves were very revealing. One showed that a fishing boat that was not mentioned at the inquest was in the bay of the island the night before Kingsley disappeared.  He actually got his feet wet helping prepare the vessel for its departure, so he clearly had the chance to quietly slip off the leave if that was his intention.” 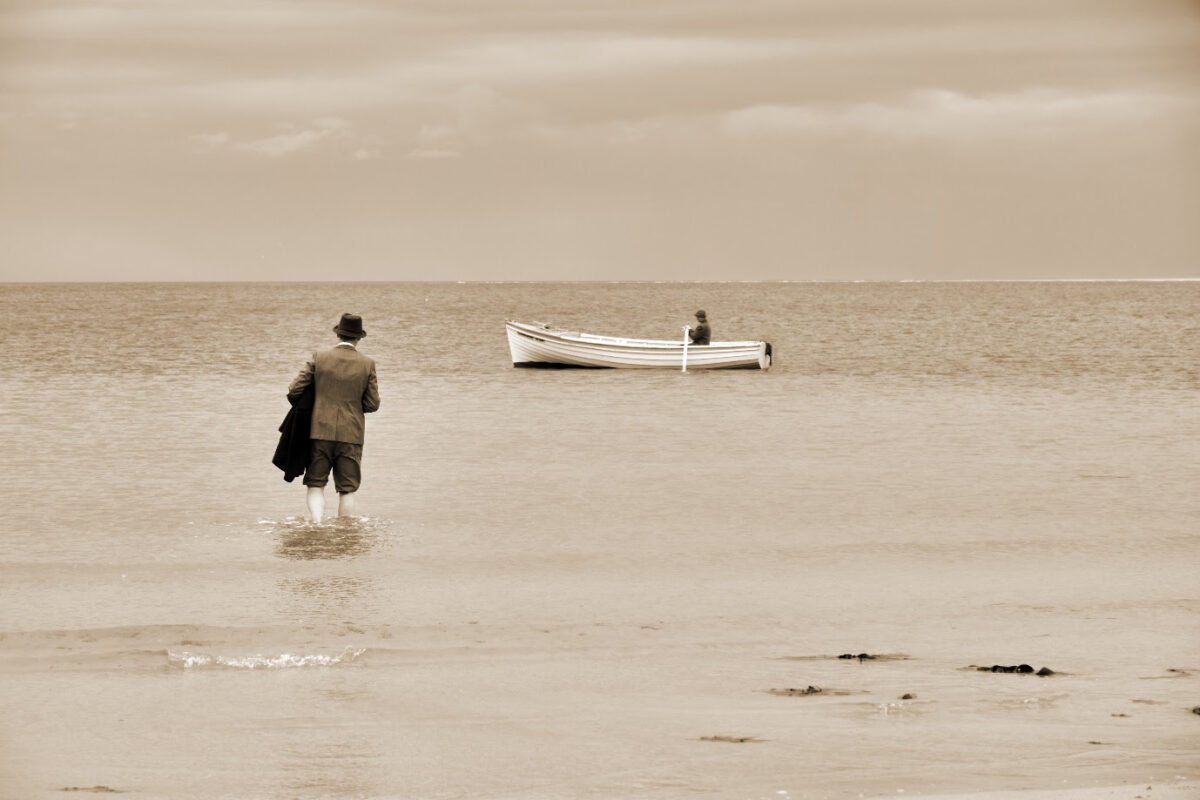 Arthur Kinglsey Porter’s disappearance made international headlines in 1933 with the first newspaper reports saying he had left the island in a small boat and was caught in a violent storm.

The TG4 documentary includes the first broadcast of a tape recording of a late friend of Lucy Porter’s speculating on what happened to her husband Kingsley.  The programme also reveals that the millionaire had changed his will not long before he disappeared.

Around the time of his disappearance Kingsley Porter was being treated for depression by the eminent London-based sexologist Havelock Ellis who recommended that Kingsley take a young male lover which he did with his wife’s knowledge. Not long before he went missing, Kingsley Porter confided to Ellis that he was concerned details of his clandestine relationship would be made public. Homosexuality was illegal at the time.

On July 8th 1933, Porter was staying in a small two-roomed cabin he owned on Inishbofin, some 15 miles from Glenveagh Castle. Within hours of him going missing, Porter’s wife Lucy told a friend. “Kingsley will not return tonight. Kingsley will never return.”

Last year a memorial was unveiled on the island to all those lost at sea off the island’s coast. Arthur Kingsley Porter’s name does not appear on the memorial.

Magee said: “I came across this story of Arthur Kinglsey Porter when I first started visiting Inis Bó Finne about twenty years ago. Talking to people there, I heard lots of folklore and many different stories and theories as to what had happened to him.

“Being an Irish speaker, I felt I got a really deep insight and understanding from the islanders as to what they’d heard about the story from their parents and grandparents when they were growing up on the island. I even managed to speak to the oldest surviving islander who actually remembered seeing Porter walking on the island, and who believed the millionaire was seen abroad after his disappearance.

“When the memorial was unveiled on Inis Bó Finne last year without Porter’s name on it, I thought it’s time to investigate this remarkable story and try and bring it to a national audience.

“When the rich American disappeared, the rumour mill went into overdrive. In this documentary I have tried to set-aside the fiction and bring together all the facts both new and old, and tie them together.

“Hopefully the viewers will be able to draw their own conclusions as to what happened to the American millionaire Arthur Kingsley Porter on the day he disappeared without trace.” 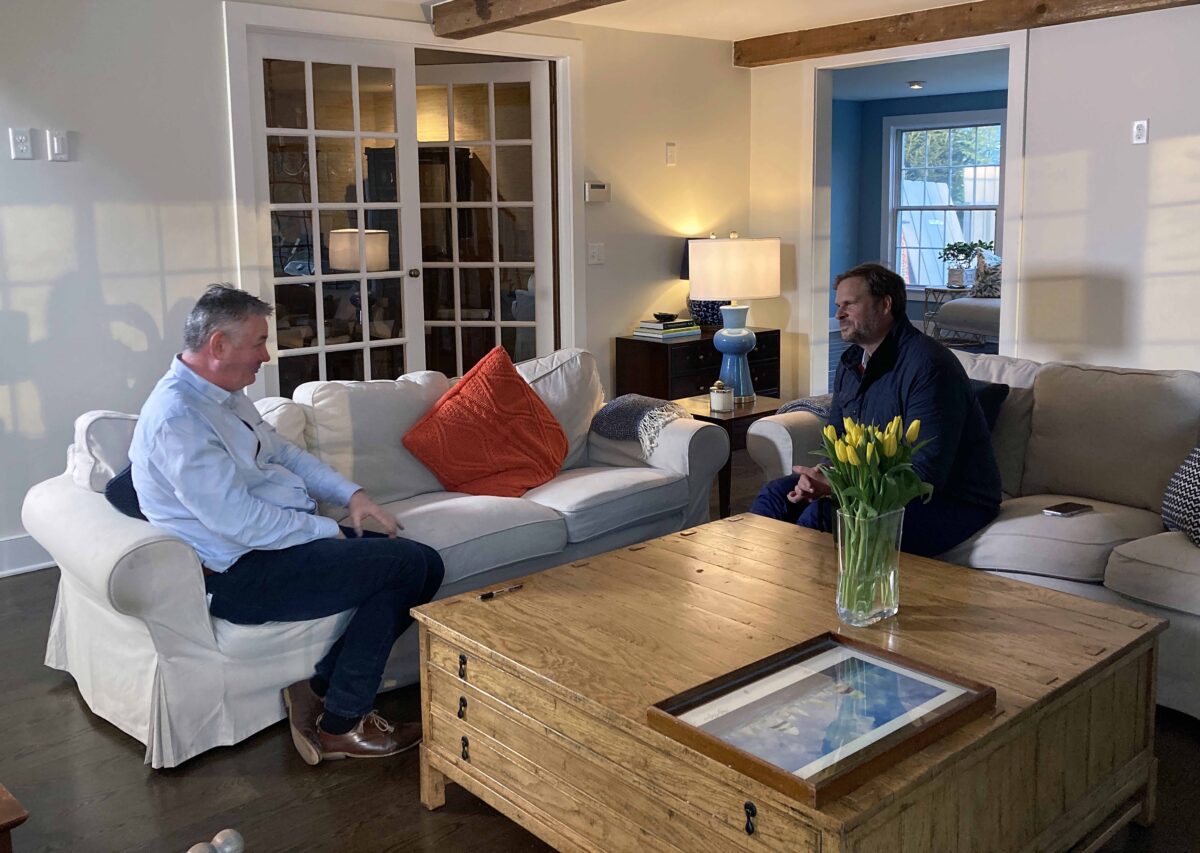 The director of the programme Méabh Fields said: “It is a wonderful story that criss-crosses the Atlantic from Inis Bó Finne to Boston and back to the island. As well as a compelling narrative, viewers will also see a dramatic reconstruction of the fateful day when Kinsley disappeared.”

Ar Iarraidh/Missing was produced by Clean Slate TV, with support from NI Screen’s Irish Language Broadcast Fund will be broadcast on TG4 on Wednesday 7th of September at 9.30 pm.