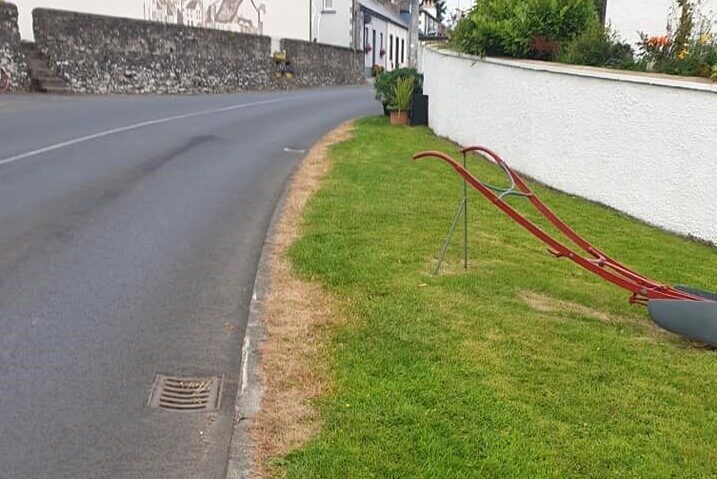 Donegal County Councils is one of the largest users of toxic weed killers in Ireland, it has emerged.

According to Noteworthy, the investigative platform from The Journal.ie, the council spends an average of €80,500 each year on the chemicals.

It also confirmed to the publication that weed killer is sprayed in public areas, including roads, across Donegal.

Their latest report revealed that 28 out 31 local authorities in Ireland are still using chemical herbicides such as ‘Roundup’ which has been linked to cancer.

Some active ingredients in pesticides are linked to health risks, including glyphosate – the controversial chemical found in popular weedkiller Roundup.

Glyphosate has been the subject of two recent high profile court cases in the US.

In 2020, its manufacturer Bayer agreed to settle a wave of lawsuits over the potential carcinogenic effects of the herbicide.

The courts found that years of use of the popular weed killer had caused non-Hodgkin lymphoma with settlements agreed for more than 100,000 people.

In 2015, the International Agency for Research on Cancer (IARC) determined that glyphosate is “probably carcinogenic to humans”. At the same time, Bayer, the manufacturer of glyphosate, contests IARC’s finding and maintains that its products are safe.

The Pink Ladies Cancer Support Group, a cross-border group based in Derry and Donegal, has been spreading awareness of the risks posed by pesticides through workshops on environment, health and cancer prevention.

Jacquie Loughrey, the group’s education and prevention officer, became interested in cancer prevention after she was diagnosed with breast cancer seven years ago. She is now in remission but said that her mother passed away from the same cancer.

Loughrey is particularly concerned about pregnant women and children who are “more vulnerable” to pesticide exposure. Children are also “more likely to spend more time in areas that have been treated, for example grassy play areas”, she added.

She hopes to help change people’s perception of “what a weed actually is”, from something “nasty or “to be exterminated”, to something that is needed by bees and butterflies.

We asked the council a number of questions in relation to the spraying of toxic chemicals in public areas. We will publish their response as soon as we receive one.