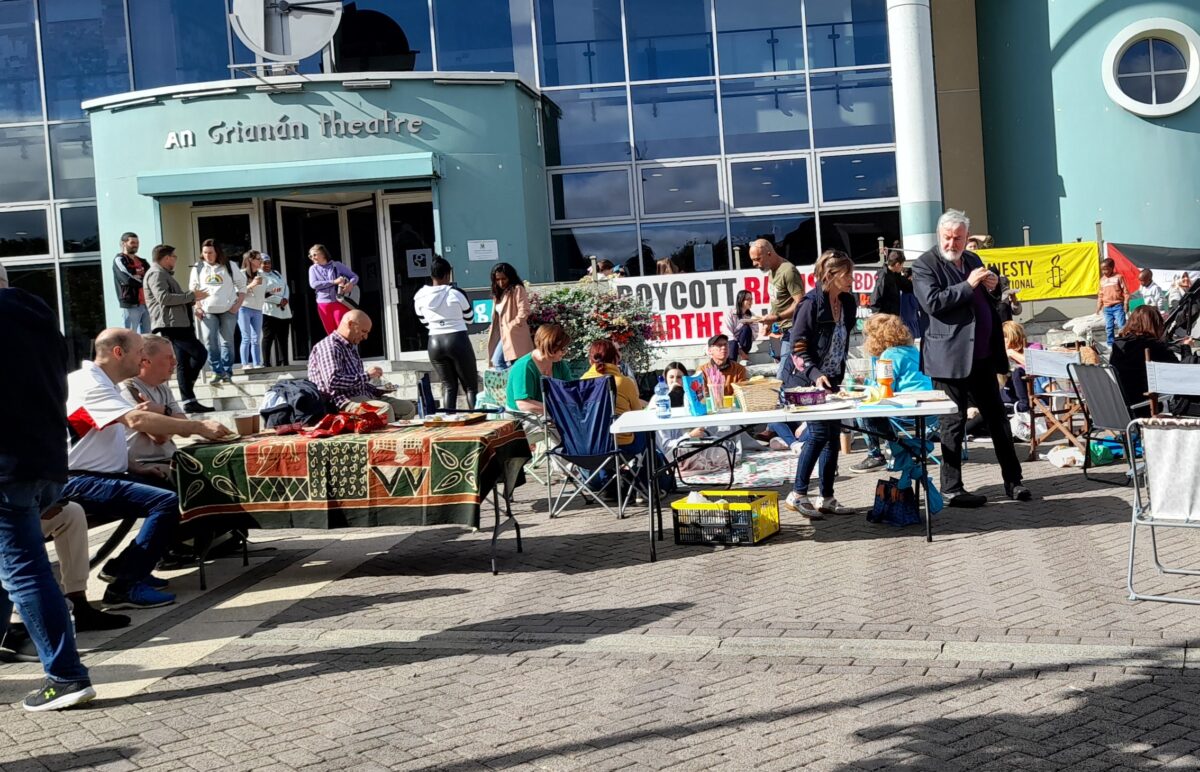 The event was part of a campaign organised by Amnesty to show solidarity with Palestine.

He spoke passionately about their experiences both as a Palestinian refugee and theatre maker with The Freedom Theatre in the Jenin refugee camp, West Bank. 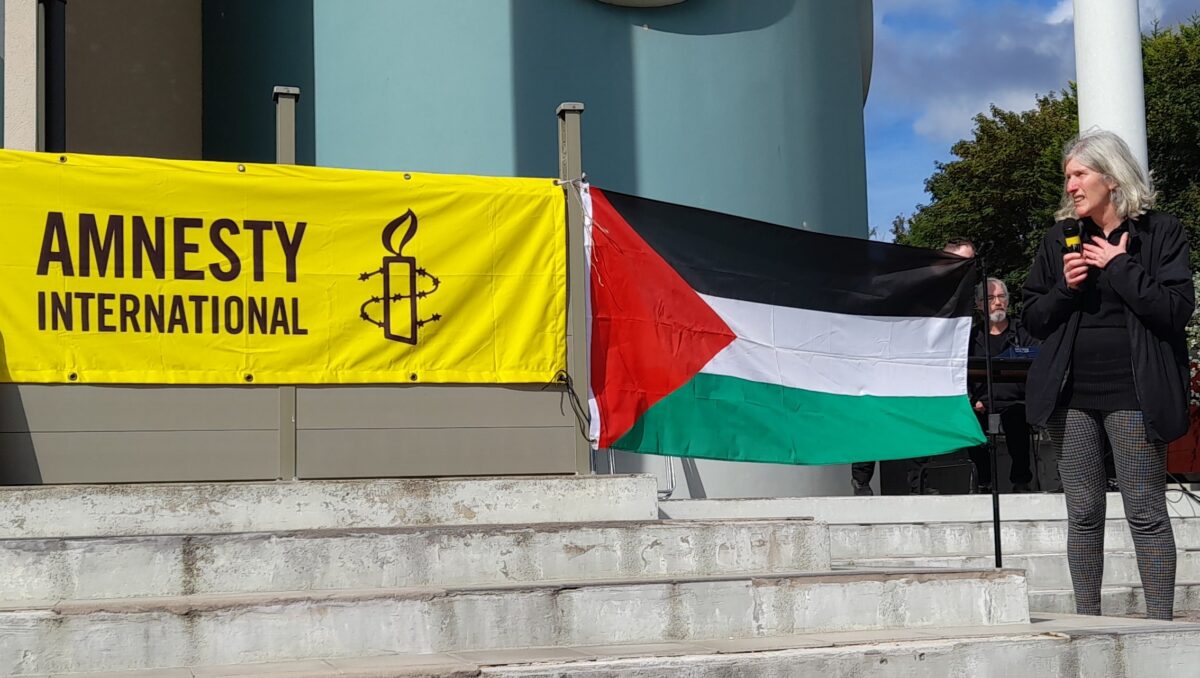 Mary Ryan, coordinator of Amnesty, Letterkenny group, speaking at the Picnic against Apartheid.

Mary Ryan, co-ordinator of Amnesty’s Letterkenny group, welcomed people to the picnic.
“The Picnics are an act of solidarity with Palestinians who are forced out of public spaces by Israeli authorities, just because of who they are, often for something as simple as having a picnic,” she explained.

“This is just one example of how Israel enforces a system of oppression. We can do our part in Ireland by getting everyone to recognise what is happening for what it is: Apartheid- a crime against humanity.”

People attending the event signed petitions and asked passing drivers to honk their horns in solidarity. There was a convivial atmosphere at the picnic with music from John Muldowney and Frank Saucian.

To find out more about Amnesty International’s work and the local group please see their Facebook page.