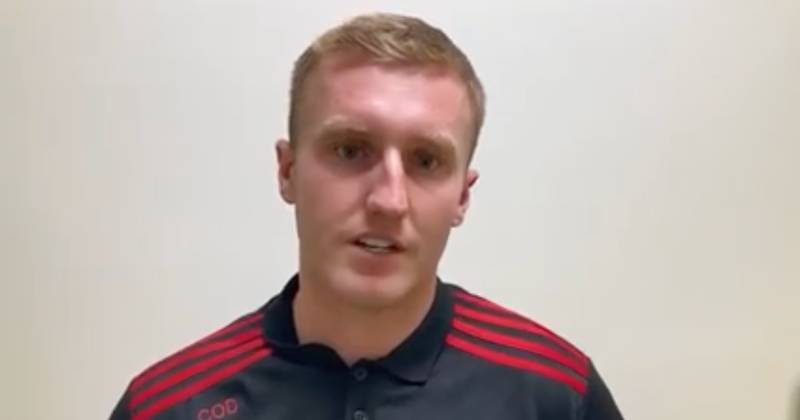 Conor O’Donnell is hopeful Dungloe can return to senior football when they face Naomh Columba in this weekends Intermediate Final.

Dungloe suffered relegation from the Senior Championship in 2020, their first time outside the ranks of the top level since winning the Intermediate Championship in 1986, and are looking to make a return at the second attempt after losing to Cloughaneely last year.

But they face a strong Naomh Columba side on Saturday in O’Donnell Park and the Dungloe captain is hoping they can make their return.

“We said last year we wanted to get back up into senior, it would’ve been great to do it in the first year of Intermediate to get straight back up but it wasn’t meant to be.

“We had to take it one step at a time and thankfully we’ve the opportunity to hopefully make that step this year.”

Conor believes last year’s mistakes has taught them lessons going into this year’s campaign, and the squad is looking healthy coming up to the game.

“One thing that has improved for us is our game management, it’s still not perfect but definitely lessons learned from last year and we try to learn as much as we can with every game that we play.

“It’s pretty good looking for Saturday, we’ve added a few young boys into the squad for this year.”

While Dessie Gallagher’s men have the experience of last year, when losing out to Cloughaneely in the final replay, the Dungloe captain is expecting another tough battle come Saturday.

“It’ll be a big test, they’re a very good team, very dangerous attacking team and their defence is very solid.

“They have quality all over the place, even their defenders can score.”

He added: “But hopefully come Saturday evening we’ll be back in Senior again and all going well, Intermediate champions but we’ll see how things go.”