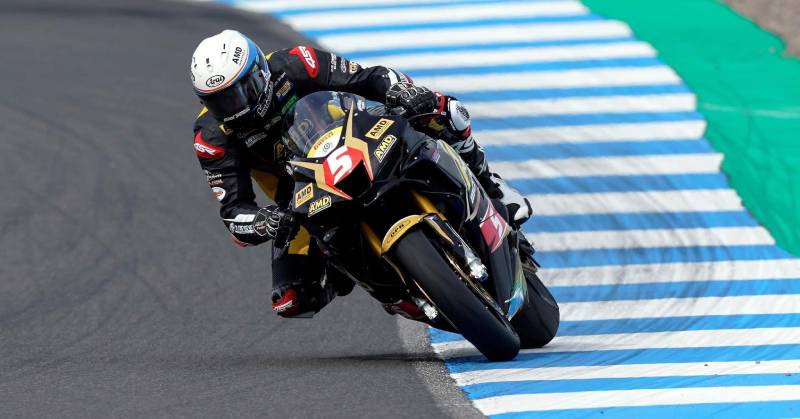 Richard Kerr took his 2nd win of the season in the British Superbike Championships in the Superstock class today at Donington Park.

Kerr started on row two and got a good start and was circulating in fourth, but as the race went on he found the pace to challenge the championship contenders Davy Todd and Billy McConnell.

Kerr fought hard and got to the front with a few laps to go until a slight mistake going into the final corner seen him slip back to third position.

But the young Kilmacrennan man showed his class by getting to the front with a lap to go and won his second race of the series, an outstanding performance which sees him move up to fourth in the championship.