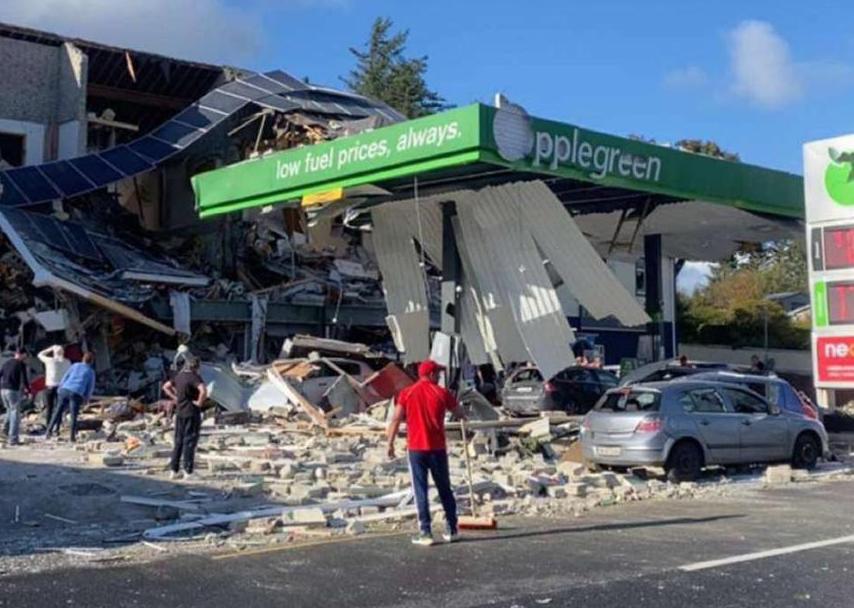 The emergency services are at the scene of a reported explosion at the Applegreen Service Station in Creeslough.

The road outside of the premises has been closed off and a number of emergency vehicles including fire brigades and ambulances are at the scene.

It is not known if anybody has been injured in the incident.

The explosion has resulted in a major collapse at the premises.

A number of cars have been damaged as a result of falling debris.

The main part of the building which also contains apartments have been severely damaged.

A Garda spokesperson said “Gardaí are currently assisting other Emergency Services at the scene of a serious incident at Creeslough, County Donegal.

“An Garda Síochána are asking any road users intending to travel to Creeslough to consider alternative routes.”

We will bring you more on the story as we get it. 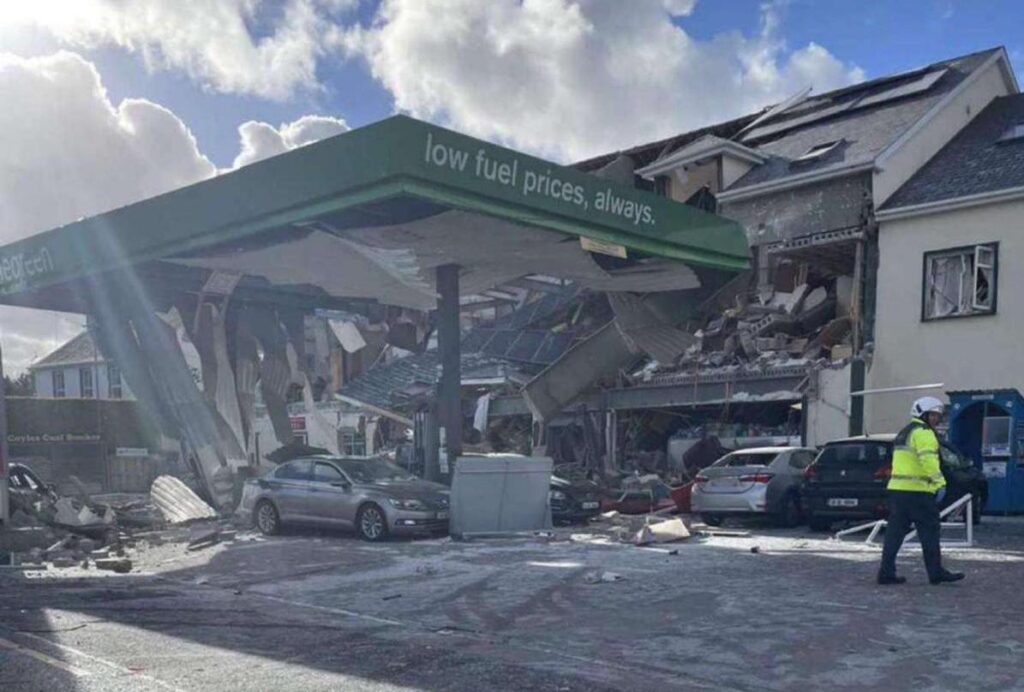