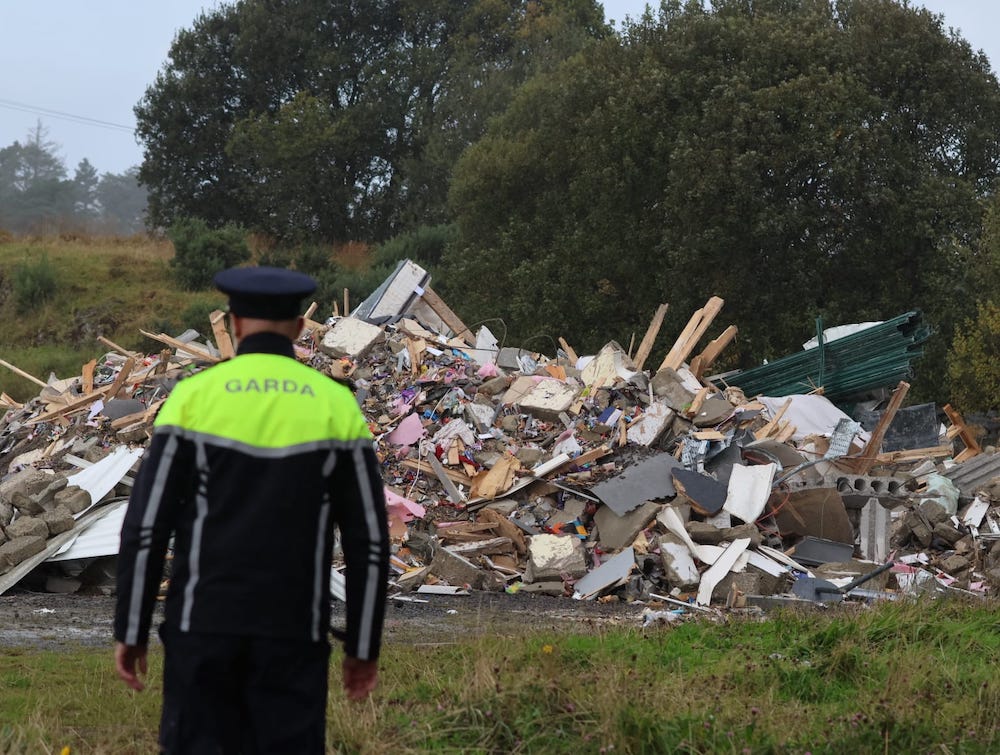 Tonnes of rubble and debris from the Creeslough tragedy is now under guard at an undisclosed location outside the town awaiting examination.

Dozens of local contractors used tractors and trailers to take the debris from the scene of the Applegreen Service Station at the centre of the unexplained explosion on Friday afternoon last.

The debris clearly contains many personal items including beds and other furniture as well as huge slabs of masonry taken from the scene.

The huge mound of material remains under Garda watch at the site awaiting inspection.

A team of inspectors from the Health and Safety Authority have been at the site of the explosion in recent days.

The huge mound of wreckage will most likely form part of the investigation into the cause of the explosion which claimed the lives of ten local people and injured eight others.

“The investigation will take a period of time and the Technical Bureau will be on the scene in the coming days as well as other agencies and other sections within An Garda Siochana.

The immediate area around the centre of the blast at the service station has been contained and hanging debris removed using specialist equipment.

However, the building remains cordoned off with speculation that it may have to be demolished in some form when the investigation into the cause of the explosion is completed. 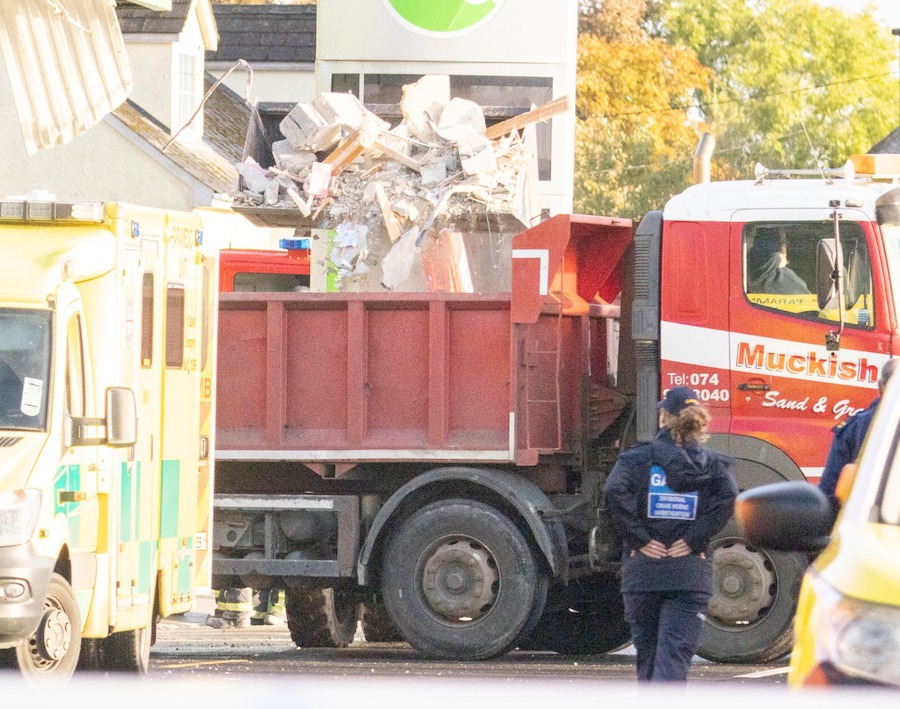