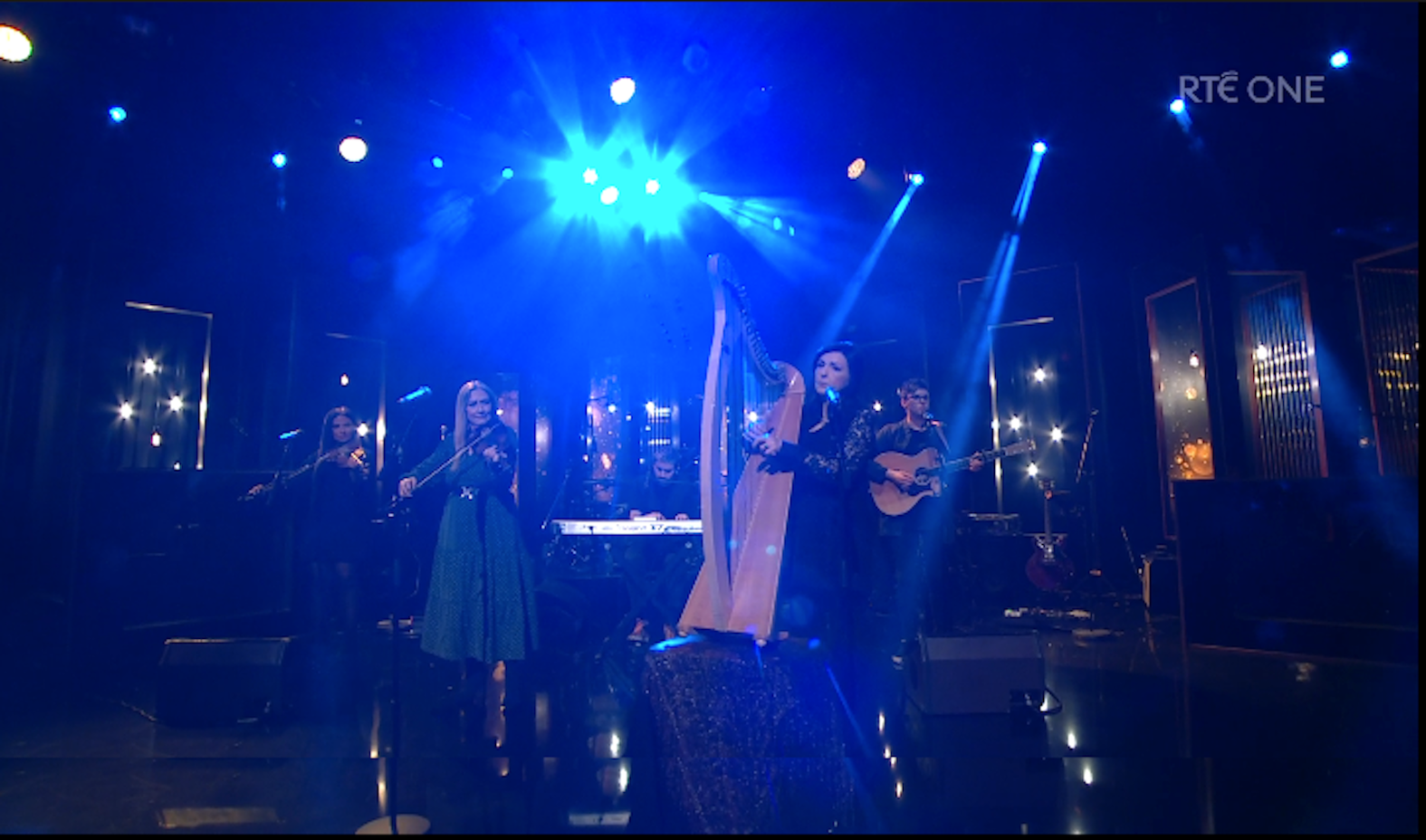 Clannad’s Maire Brennan and Mairéad Ní Mhaonaigh of Altan are to record a version of The Beatles’ In My Life for the Creeslough fund.

The pair made the announcement on The Late Late Show last night following their beautiful rendition of the classic.

Speaking afterwards to Ryan Tubridy, both women recalled hearing the news of the explosion.

“There have been a lot of tears,” said Maire.

She spoke of their connection with the O’Flaherty family, the sadness of the wake and praised Hamish O’Flaherty’s courage and the way he spoke.

“I think it has a lot to do with the fact that this is a place where everybody went to. It was the local shop, the post office, a hairdresser. We all go to these places without thinking,” she added.

Mairead revealed she had passed the shop 20 minutes before the explosion happened.

“I was looking at the diesel prices while I was going to Derry and was thinking of going in there, but something in my head said ‘carry on to Letterkenny.’ I have heard a lot of stories like that about people who stop there every day who went another direction or just came immediately afterward.”

Maire added her sister-in-law’s sister, Brid, arrived on the scene minutes after it happened. It will take her a while to get over it, she said.

The women revealed they were going to go into the studio today to record the song as part of the Red Cross fundraising efforts.

It is hoped to have the song available for digital download next week.