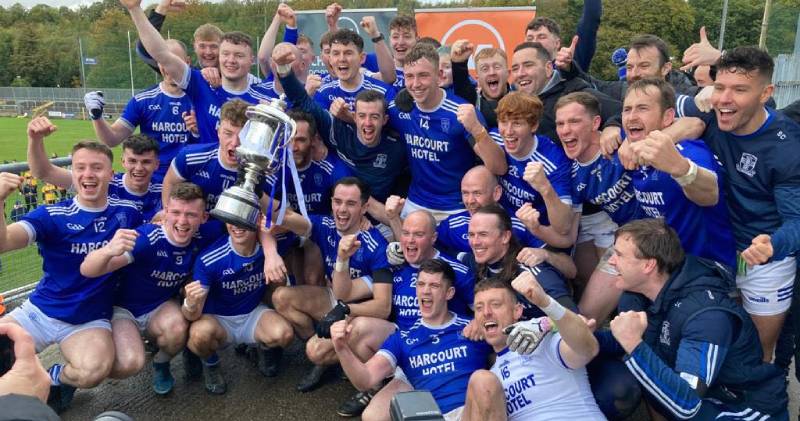 Revenge was sweet for Naomh Conaill as they won another Donegal Senior Football Championship as they beat the 14-men of St. Eunan’s by a point in Mac Cumhaill Park.

After last years 1-11 to 0-4 loss to today’s opponents, not many people gave them a chance today.

But they showed up and took their chances, only putting the ball wide once, in injury time of the second half.

St. Eunan’s took a two point lead in at half-time thanks to an Eoin McGeehin goal and a couple of points from Niall O’Donnell, but the talking point of the first half came when referee Mark Dorrian sent off Shane O’Donnell just on the stroke of half-time. 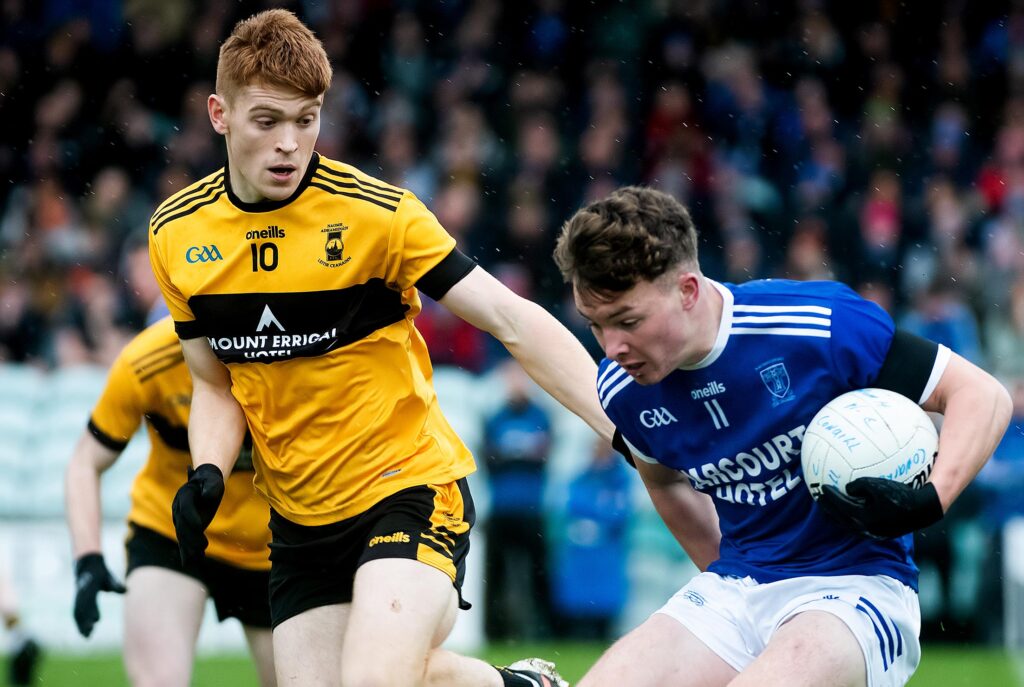 Naomh Conaill took the man advantage well in the second half, with Charlie McGuinness scoring a great goal, while man of the match Ciaran Thompson scored four points in the second half to keep them in the lead.

Kevin Kealy levelled when he found the back of the net but Thompson’s two final scores of the game were brilliant and worthy of winning a game, while Conor Morrison’s late point had the pressure on Martin Regan’s side. 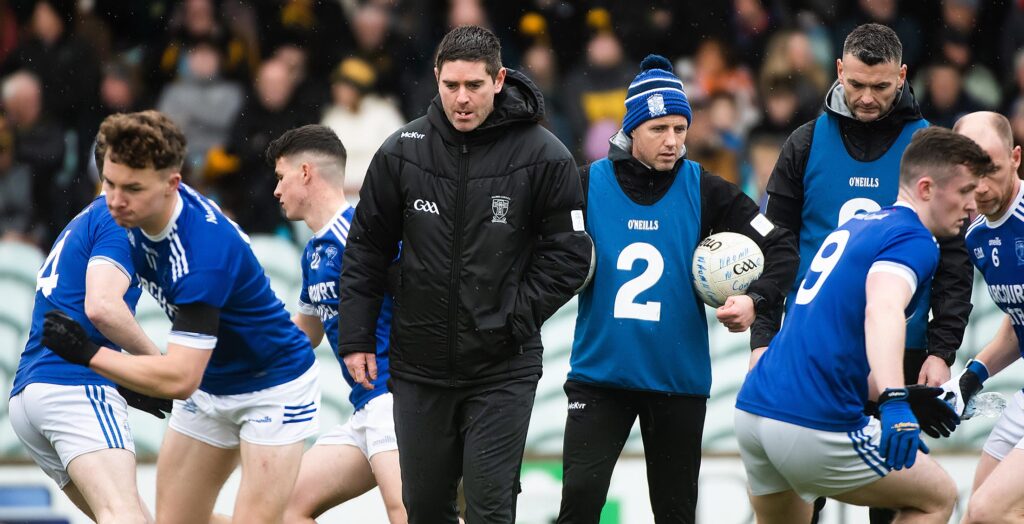 But they held on valiantly and came out on top for their third Dr. Maguire Cup in four years.

Despite playing against a severe wind that got worse as the half progressed, Naomh Conaill took their chances early and defended well to prevent Eunan’s having any chances to score in the first 10 minutes.

Jeaic Mac Ceallbhui kicked a terrific point after just 40 seconds to set the tone, and Brendan McDyer fired over a brilliant score with an outside of the boot attempt. 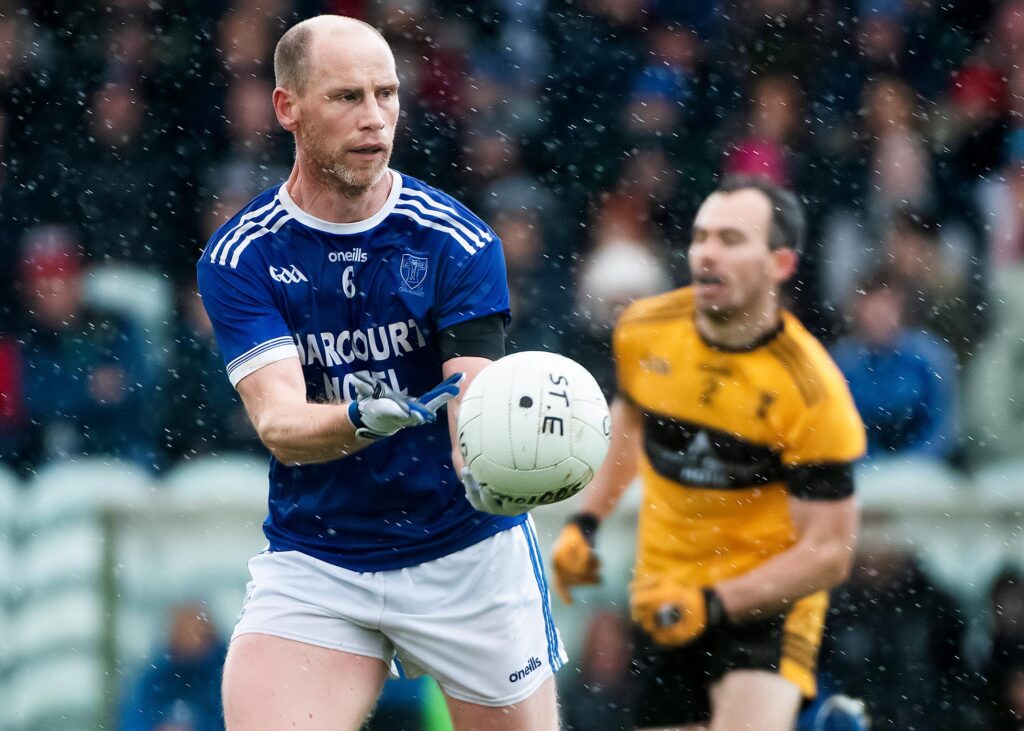 It was 13 minutes before Eunan’s got on the scoreboard but it was to give them the lead thanks to Eoin McGeehin.

Conor O’Donnell Sr did well to win the ball back and start the move, while Shane O’Donnell surged forward before finding McGeehin.

The forward feinted around McGrath and fired into the net to give the Black and Amber the lead.

Niall O’Donnell then fired over a great point with an assist by the wind carrying it well over the bar. 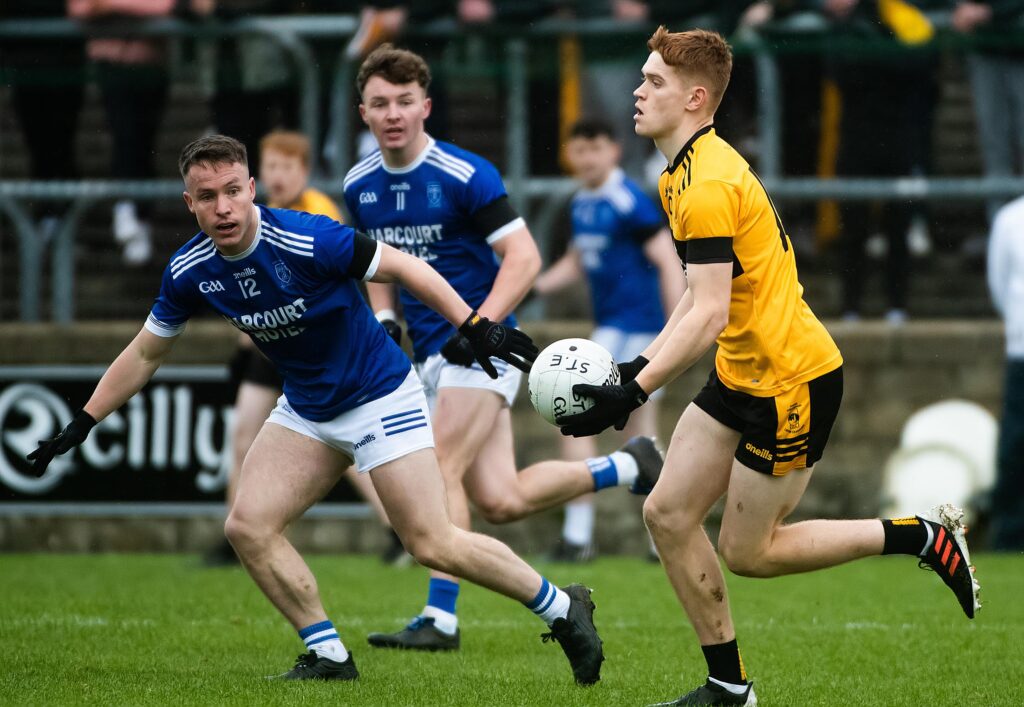 But McGuinness scored a tough free against the elements while McDyer converted another super score to level things up on 27 minutes.

Niall O’Donnell scored an easy free in added time that was brought forward, while Aaron Deeney scored after patient play from the Letterkenny men.

But the most dramatic moment came after Deeney’s point, as Sean McGettigan went down and a scuffle ensued, with referee Mark Dorrian giving a yellow card to Ciaran Thompson and a red card to Shane O’Donnell for their involvements, much to the bemusement of the St. Eunan’s players. 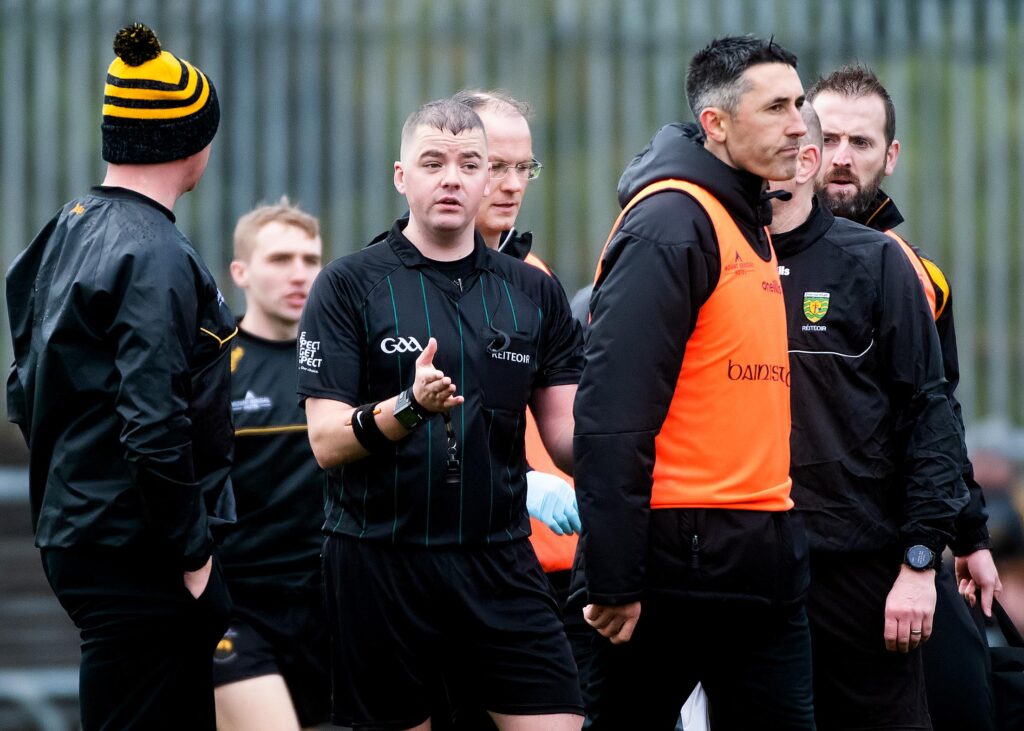 It was 1-3 to 0-4 in St. Eunans’s favour at half-time but they had a battle on their hands against the wind and a man down.

And they were up against it quickly in the second half as the game came to life 10 minutes in.

A Thompson free was the only score of the opening 10 in the second half before Glenties got their goal. 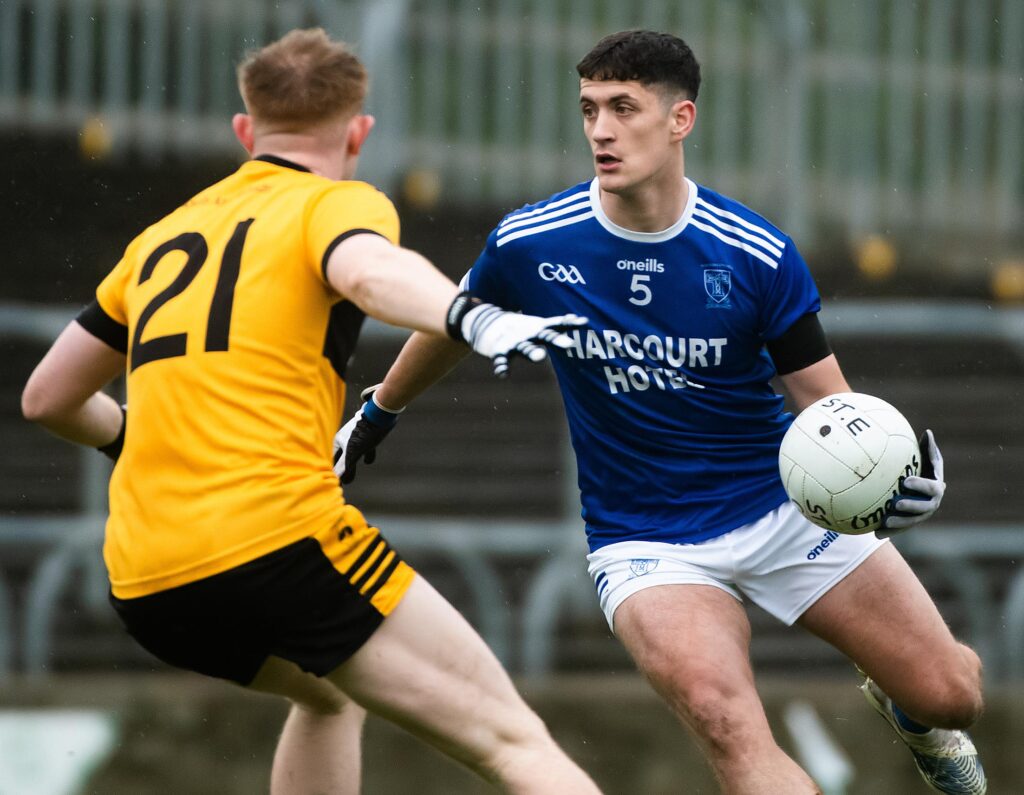 A long ball in by Odhran Doherty was clutched by a free Charlie McGuinness who quickly turned and fired into the bottom corner, 1-5 to 1-3.

Sean McVeigh pointed for Eunan’s but another superb Brendan McDyer point and a Ciaran Thompson free extended it out to a three point lead.

But Eunan’s levelled the game when a Niall O’Donnell ball into the square came to Kevin Kealy and he quickly turned and fired into the goal with 10 minutes to go. 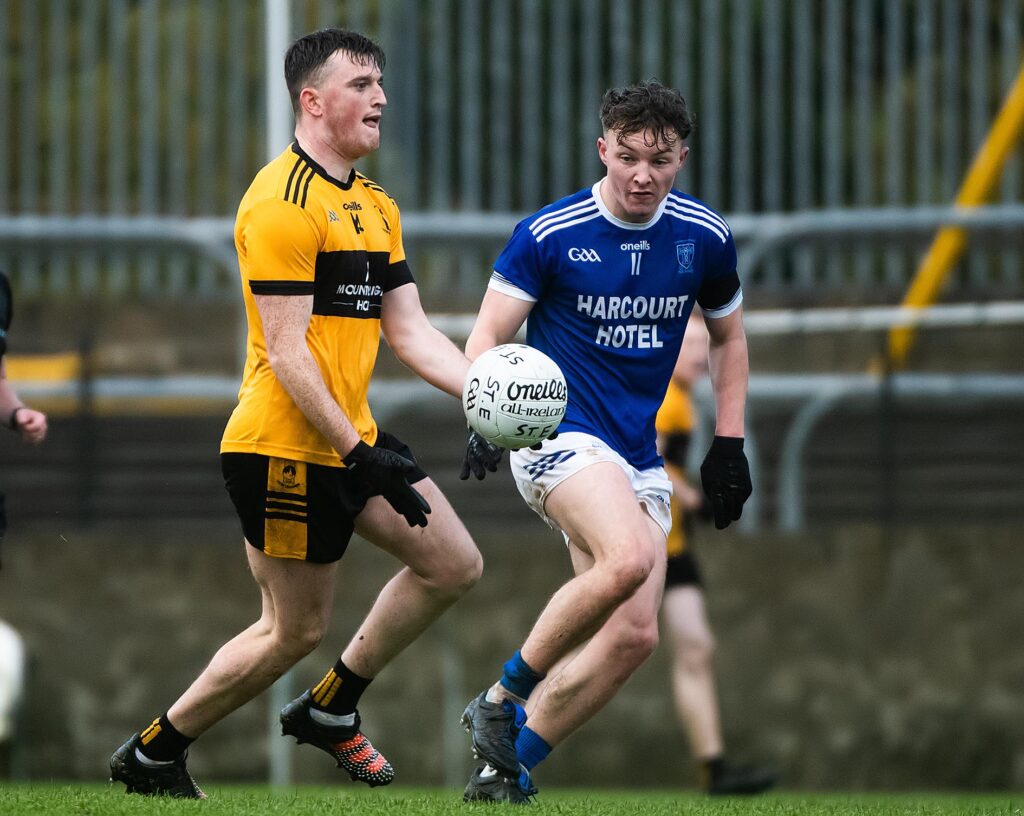 However it was Ciaran Thompson who fired over two superb scores, one from a free, as Glenties looked to see out the game.

Conor Morrison pointed but Naomh Conaill saw it out brilliantly to get back their crown they lost to St. Eunan’s last year, winning by 1-9 to 2-5. 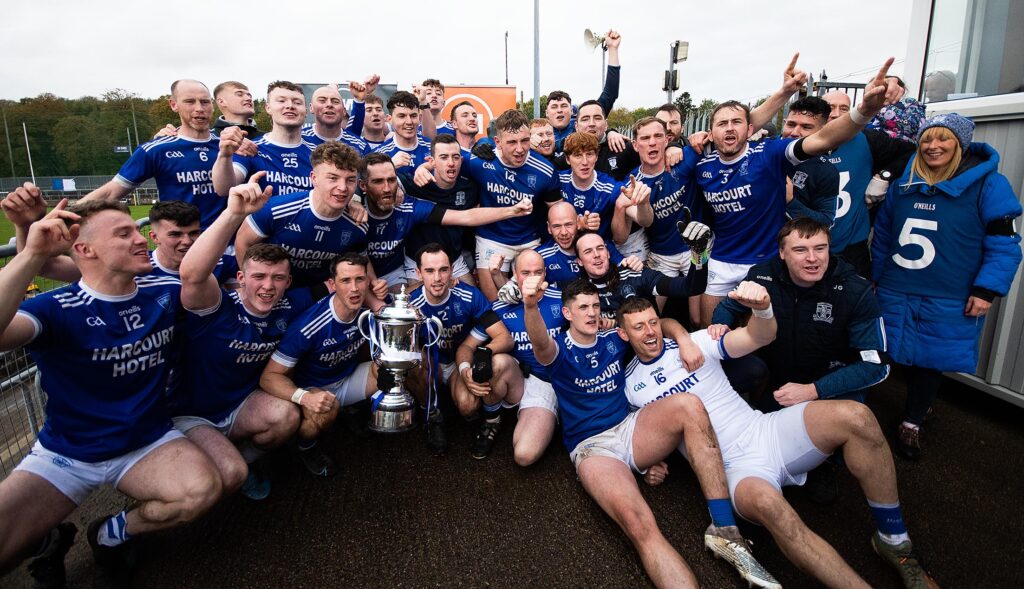 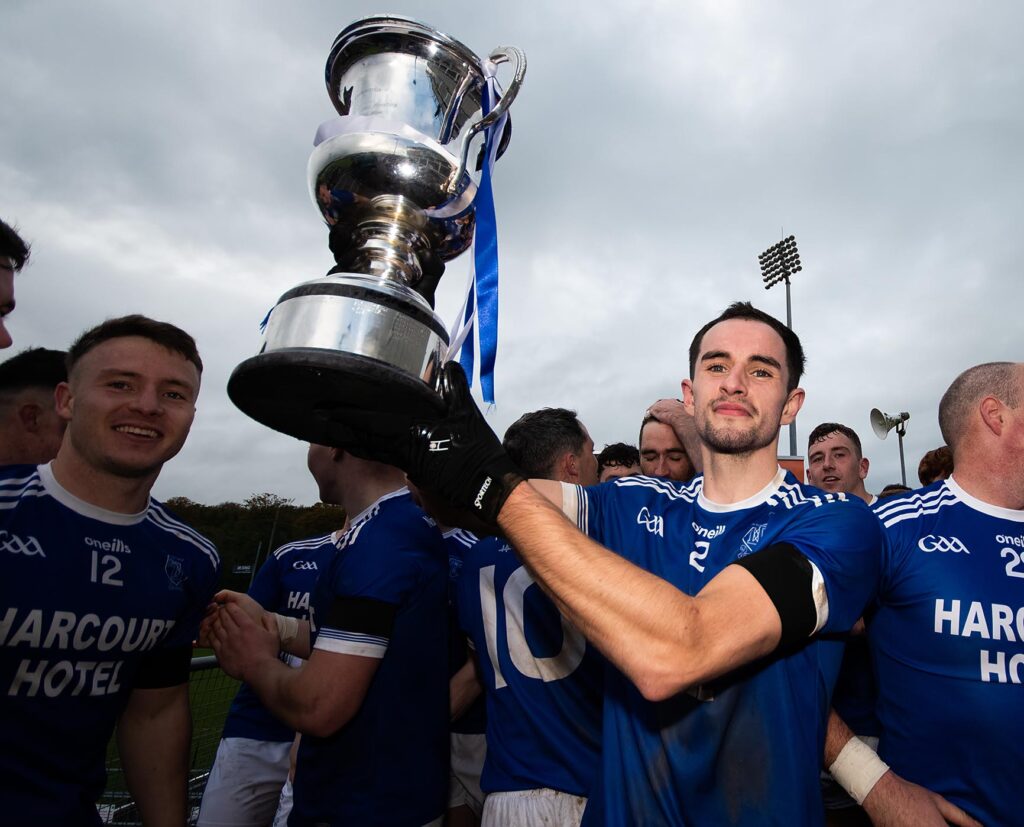