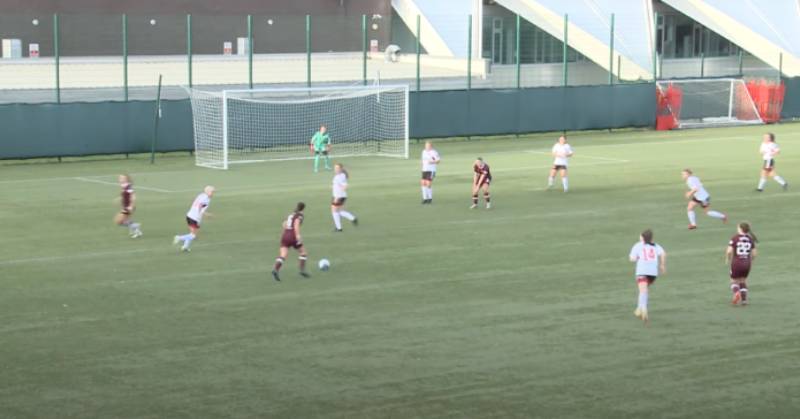 Watch: Ciara Grant gets off the mark for Hearts in stunning style

Ciara Grant got her first Hearts goal in stunning style yesterday, as well as assisting another goal.

The Letterkenny native scored the third and final goal of the game to win 3-0 against Aberdeen in the Scottish Women’s Premier League.

Grant picked up the ball outside the left hand side of the box before shooting from 25 yards and the swerve on the ball caught out Aberdeen keeper Parker-Smith.

Cailin Michie opened the scoring for Hearts with a deflected effort and Vyan Sampson made it 2-0 minutes later just before half-time with a header from a Grant corner.

And Grant’s goal was easily the pick of the bunch in the 67th minute.

Grant signed for the Edinburgh side in the summer from league winners Rangers and the club are currently 4th behind Rangers Celtic and Glasgow City, all three of whom have won their opening seven games of the season.

Ciara’s goal can be seen below:

Grant took to Twitter after the game to say: “Delighted to get my first goal in Maroon.”

Watch: Ciara Grant gets off the mark for Hearts in stunning style was last modified: October 17th, 2022 by Dáire Bonnar
FacebookTweetLinkedInPrint