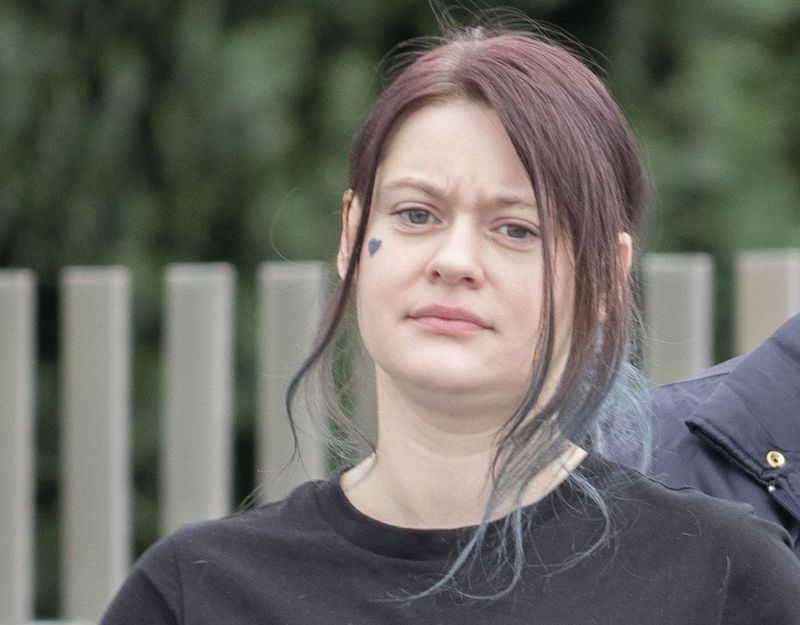 Woman who attacked pensioners during burglary called ambulance for them

A woman who viciously attacked two elderly pensioners then tended to them before calling an ambulance for them and fleeing.

Krystyna Gasperowicz appeared at Letterkenny Circuit Court in Co Donegal after pleading guilty to an incident in which a couple were attacked and robbed in their home at Coolboy, Letterkenny on June 13th, 2020.

The court heard how Michael and Winnifred Herrity were asleep in bed at their home at around 7.30am.

The couple slept in separate rooms at opposite ends of the house as Mr Herrity used a nebuliser as he suffered form a medical issue.

Mr Herrity, then aged 73, was woken by a noise and found a young woman in his bedroom who began to wrestle with him leading to him falling out of the bed and onto the floor.

The intruder then grabbed him by the nose and covered his mouth with her other hand and then hit him across the head a couple of times.

He then said he felt like he was hit on the head with either a glass or a cup and he began to bleed heavily and called for his wife.

Mr Herrity’s wife, aged 70, came in and Gasperowicz picked up a bedside radio and struck her on the head with it.

A terrified Mr Herrity said he thought his wife was dead and he told her attacker that she would be “up for murder.”

Gasperowicz then demanded to know where the money was and took Mr Herrity’s wallet which contained €900 he had for some repairs around the house as well as Mrs Herrity’s engagement and wedding rings.

The court was told that before she fled down the driveway of the house the attacker gave a towel to the couple to stem the blood and later called an ambulance for them.

Gasperowicz fled on foot and later called to a nearby house and asked could a taxi be called for her.

Detective Garda Darren Carter said Gardai arrived at the scene and found the injured couple being attended to by paramedics.

There was no sign of any attacker nearby but Gardai later interviewed a taxi-driver who took the Gasperowicz from the scene and traced her on CCTV at the nearby Glencar Shopping Centre where she had worked at the local Spar shop.

She was later arrested at at an address at Ard Glass, Letterkenny and following a series of interviews admitted carrying out the attack.

Gasperowicz pleaded guilty to further charges of producing an article, namely a cup and a radio, during the course of a dispute and two incidents of criminal damage at another property at Coolboy where another vacant house was broken into but nothing taken.

The court was told that Mrs Herrity never got her rings back which were said to be “priceless” to her.

Victim impact statements were read out in court on behalf of Mr and Mrs Herrity which revealed how their lives had changed completely since the horrific attack.

Mr Herrity told how he always felt safe in his home but he now refuses to answer the door to callers and now opens his window to callers.

He added that when he tries to go to sleep all the memories of the night come flooding back to him and that he gets through his days but the memory of the attack are never far away.

Mrs Herrity said that she lived at her house for 48 years but that life in her home will never be the same again.

“I don’t sleep and I live in constant fear and I will spend the rest of my days living in fear,” she said.

Barrister for the accused woman, Mr Shane Costello, SC, said his client was a 36 year old mother-of-two teenage daughters who had no previous convictions.

He said his client had suffered from post traumatic stress disorder following the death of her 13 year old sister some years ago by suicide.

He also said that at the time of the attack on the pensioners she had been taking large amounts of amphetamines in the days leading up to the incident.

He said that she was talking to animals and hallucinating on the day and when she was in the couple’s house she thought she had heard voices.

However, he said that in her sobriety she was deeply ashamed of what she had done and that she simply couldn’t identify herself of being capable of such a thing.

He added that she did not excuse what she had done on the morning and now fully understands how awful the crime was and apologised to the Herritys.

Two medical reports were handed into court for Judge Aylmer to review and the case was adjourned for final sentence on Friday.

Woman who attacked pensioners during burglary called ambulance for them was last modified: October 19th, 2022 by Staff Writer
FacebookTweetLinkedInPrint