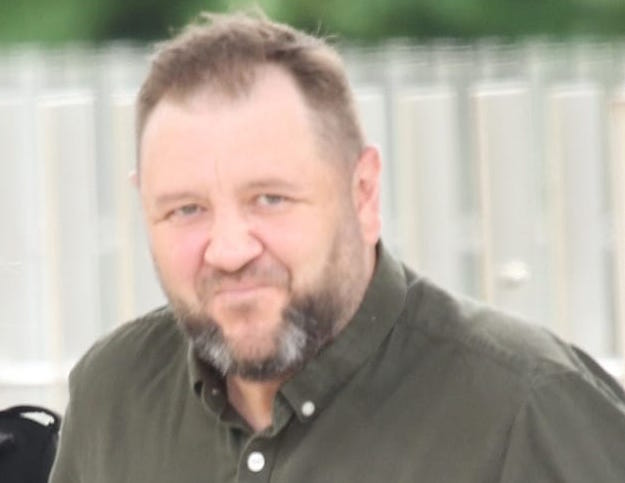 A former professional footballer caught with tens of thousands of euro worth of fake replica soccer jerseys and fake cigarettes has avoided going to jail.

Kevin Doherty had pleaded guilty to a number of charges when he appeared at Letterkenny Circuit Court.

It followed a Garda raid on his home in which a haul of items including the jerseys, DVDs and hundreds of pair of fake trainers were found in 46-year-old Doherty’s garden shed in Co Donegal on June 11th, 20219.

Among the haul was almost €50,000 worth of cigarettes and tobacco as well as hundreds of pairs of fake Nike and Vans trainers as well as dozens of replica jerseys and other fake clothing including Ralph Lauren, Adidas, New Balance, Nike, Fred Perry and Gym King.

When quizzed by Gardai, Doherty initially claimed he didn’t have a key for the shed and that he was just storing them for somebody else.

However, he later admitted that he was being supplied with cigarettes and tobacco in exchange for holding the fake goods and that he was in debt to the owner of the goods due to a gambling addiction he had.

The court was told the goods were being sold from a makeshift cabin in the Galliagh area of Derry.

The accused, with an address at Fern Park in Derry, also pleaded to the fraudulent application or use of trade mark in relation to goods contrary to Section 92 of the Trade Marks Act 1996.

Evidence of the raid was given by Detective Garda Joe English.

The court was told there had been a delay in the case as Gardai had to contact a number of Premiership Football Clubs to establish if the goods were fake.

Barrister Gareth McGrory outlined his client’s circumstances saying his father had died three years ago and this had had a huge impact on his life as they were very close.

Doherty had played professional footballer in England with a number of clubs including Southampton from the age of 17 until he was 21 but he had returned to Derry and had worked in a number of local companies including Seagate.

He had suffered from a gambling addiction since he was just 24 years old and he did admit to using alcohol to excess but didn’t dabble in any drugs and had issues with mental health for which he had been prescribed anti-anxiety medication.

Mr McGrory said his client was physically able to work and suggested that he could move from Derry to an address in Donegal and complete any community service programme the court may order instead of imposing a custodial sentence.

Mr McGrory added that the case certainly wasn’t the smallest of such cases but similarly it wasn’t the largest Gardai have come across and that his client had no other cases pending.

The court was told the tariff for such offences was up to five years in jail or a fine of €126,000.

Passing sentence Judge John Aylmer said both offences were at the lower end of the scale for such cases but which merited a prison sentence of 18 months before mitigation.

However, he said there was an early guilty plea and that he had suffered from a gambling addiction and anxiety and that merited a reduction to 12 months in prison.

Judge Aylmer said he could consider imposing a community service order but because Doherty lived in Derry he was not in a position to order this.

Instead he adjourned the case until October saying that if Doherty found an address in the Republic of Ireland then he proposed to impose an order of 240 hours community service in lieu of 12 months in prison.

An order was also granted for the destruction of all the items found as well as confiscation of €555 in cash found at the scene.

Doherty appeared at Letterkenny Circuit Court again yesterday when the court was told he had secured an address in Donegal and could fulfil the 240 hour community service requirement in lieu of a jail term.