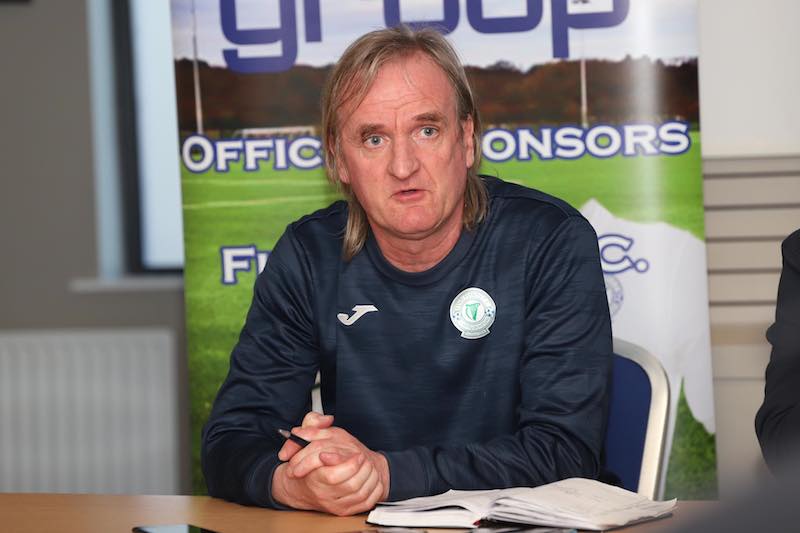 Horgan says Harps ‘need to stop shooting ourselves in the foot’

Ollie Horgan says his Finn Harps side need to stop shooting themselves in the foot as they take on Bohemians in the third last game of the season.

The Harps are winless in six games after last Friday’s 2-1 loss to Dundalk, drawing just once in that time, as they travel to Dalymount to face a Bohemians side under new management.

But as UCD welcome Drogheda United to the UCD Bowl, the Donegal side may need a result to avoid moving to the bottom of the table ahead of next Friday’s crunch match against The Students.

The two sides are both on 19 points but Finn Harps boast the superior goal difference by six goals.

A familiar face in Declan Devine will take charge of Bohemians for the first time after being appointed last Friday.

Devine, a former goalkeeper, has had two spells as Derry City manager, with the second spell ending at the beginning of last season after a poor start to the season.

And Bohemians, who have very little to play for other than league position, but are two points behind Sligo Rovers with a game more played, may already be looking ahead to next season with their new manager.

The first two league meetings ended in a stalemate, with Horgan’s nine men equalising in the 93rd minute to make it 2-2 in their last trip to Dalymount, but the last two meetings have ended in victory for the Dublin club.

Ollie Horgan told club media: “We did well in the second half last Friday but if we only turn up for half the game then we’ll not get very far. But if you’re looking for positives it shows that we can play at a level and cause teams problems, but we need to stop shooting ourselves in the foot to give us a real chance.

Declan Devine has come in at Bohs now and the players will be eager to impress the new manager ahead of their remaining games. We’re running out of games to solidify our position and put some space between ourselves and UCD, but hopefully we can carry through some of that fight from the second half of the Dundalk game and come away with a result.”

Horgan says Harps ‘need to stop shooting ourselves in the foot’ was last modified: October 21st, 2022 by Staff Writer
FacebookTweetLinkedInPrint