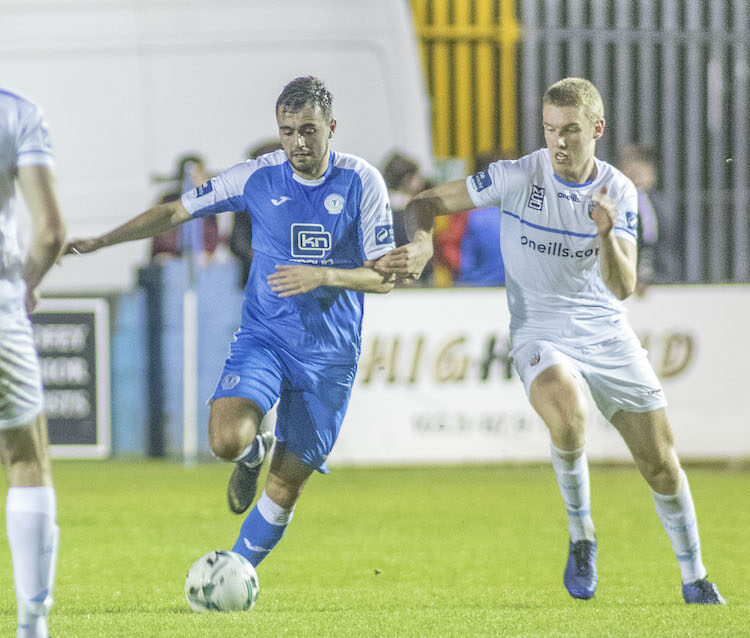 Jack Keaney scored for UCD tonight as they won 2-1 to put further pressure on Finn Harps in the Premier Division’s automatic relegation fight.

The Donegal Town man equalised for The Students in the 39th minute after Darragh Nugent gave Drogheda United the lead inside three minutes.

Dara Keane scored the winner for the Students in the second half as UCD move ahead of Harps by two points.

Finn Harps also looked like winning 2-1, until a late error from James McKeown allowed Declan McDaid through on goal with an open net to score into in the 90th minute.

UCD have a game in hand against Shelbourne on Monday and winning that would mean Finn Harps would have to beat UCD next Friday at Finn Park, and beat Drogheda United the following Sunday in the last game of the season, and hope UCD lose to Shamrock Rovers.

However, a Shelbourne win or draw would make for a massive game on Friday night in Ballybofey, with a harps win taking them back to 9th going into the final day of the season.