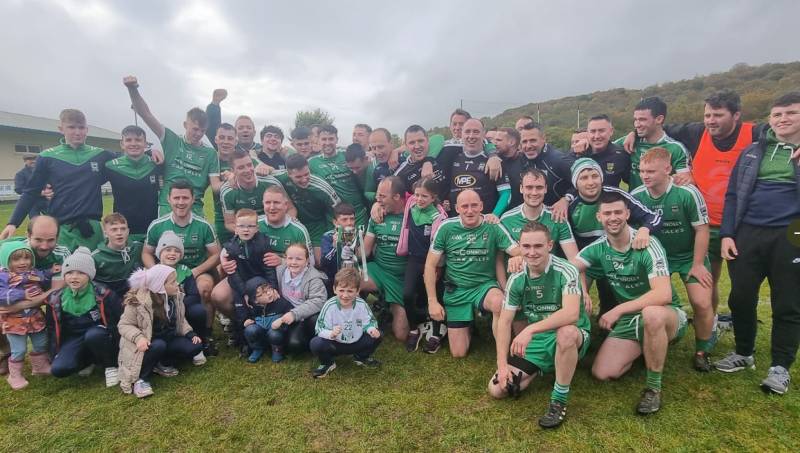 Sean MacCumhaills won the Senior C Championship at the third time of asking against Naomh Conaill in Glenswilly.

Senior team coach Darren O’Leary was prolific as the Twin Towns men won 0-7 to 0-6 against treble chasing Naomh Conaill in a tight game that went right to the wire.

Naomh Conaill who won both the Senior A and B last weekend in Mac Cumhaill Park went three point ahead as Odhran McCallig pointed twice while Micheál McKelvey scored the other.

But MacCumhaills were level soon as Fintan Griffin opened their account while O’Leary pointed twice from frees but McCallig’s third score had the Glenties men one point up at half-time.

And when Sean Doherty and Michael Trimble added to the scoreline to make it 0-6 to 0-3, it looked bleak for Douglas McDaid’s side who were looking to win the title at the third time of asking.

But they used their experience and denied the Glenties men from any more scores, while tagging on some of their own.

Joe Dunnion pointed while O’Leary was on target and Griffin levelled the game.

And O’Leary kicked the decisive score 25 minutes into the second half as Mac Cumhaills valiantly defended their lead to take the title.