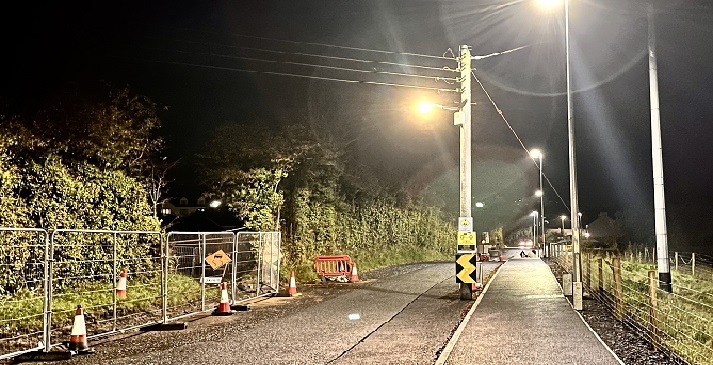 The Mayor of Letterkenny-Milford MD has called on the council to urgently address the condition of the Crievesmith/ Oldtown to Bomany.

Cllr Donal ‘Mandy’ Kelly said the road is in a “dire shape” compared to the quality of the newly-built footpath out to Crievesmith.

“For so much money to be spent on the footpath and the road now in the state it is in, it’s shocking,” Cllr Kelly said.

He pointed out that an ESB pole, which was left on the road following widening works, is still there since the summer.

“Where that pole is sitting is ridiculous,” Cllr Kelly said.

“It’s not in the middle of the road but it’s not far off it.”

Cllr Kelly said the road is a busy artery into Letterkenny and should be addressed before the year-end.

The response from the council was that the road will be assessed and considered for inclusion in the draft 2023 Restoration Improvement Programme which will presented to the members for their consideration at the beginning of 2023.

Councillors were also told the MD is waiting on the ESB to remove the pole from the road.