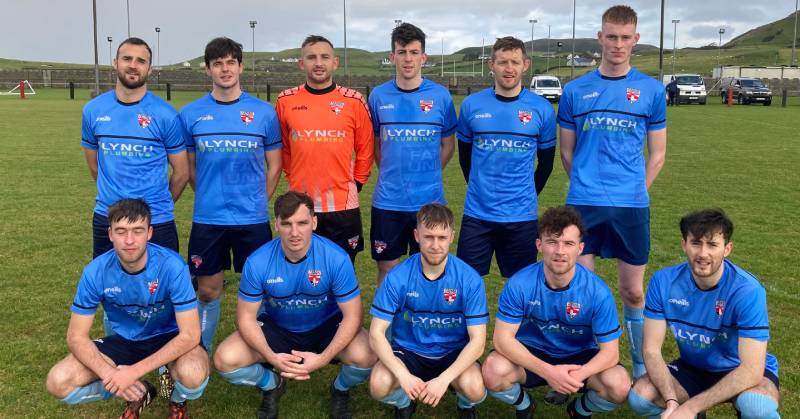 A hat-trick from Edward O’Reilly sent Fanad Utd on their way to victory in this Ulster Junior Cup clash at Traig-a-Lough.

The home team had the first chance of the game in the 11th minute when Seami Friel’s header from Darren McElwaine’s free was well saved by Jimmy McElwaine.

Fanad created another chance in the 20th minute when Edward O’Reilly set up Eoin Logue but he shot just over the bar.

Kilmacrennan had struggled to create anything of note in the early stages but finally had a chance in the 27th minute when Chris Dillon’s cross found Paul Bradley, but he headed over.

A minute later Fanad took the lead when Liam McGrenaghan made a good run down the left side and his excellent cross was headed home by Edward O Reilly.

Kilmacrennan responded well and after some hesitation in the Fanad defence, Paul Bradley set up Kevin Kelly but his shot was deflected out for a corner.

Five minutes later O Reilly had another chance but again headed over after Paddy McGinley had headed Darren McElwaine’s free back across the six yard line.

The visitors then went within inches of an equaliser when Daniel McLaughlin’s super 25 yard free-kick crashed back of a post with keeper Mark McConigley beaten.

Two minutes before the break it was 2-0, McGreneghan’s corner was flicked on by Seami Friel and slotted home by O’Reilly low into the corner of the net.

Darren McElwaine went close for Fanad twice in the early chances of the second-half and it was his free-kick which caused problems for the Kilmacrennan defence and allowed Edward O’Reilly to blast home his Hat-trick goal and put Fanad completely in the driving’s seat at 3-0 ahead and coasting to victory.

Kilmacrennan Celtic lost Chris Dillon to a 2nd yellow card and after both teams had cleared the benches Darren McElwaine made it 4-0 with a shot that seemed to struggle its way past Jimmy McElwaine into the bottom corner.

A comfortable and deserved victory for Fanad Utd and manager Arthur Lynch was delighted with his side. 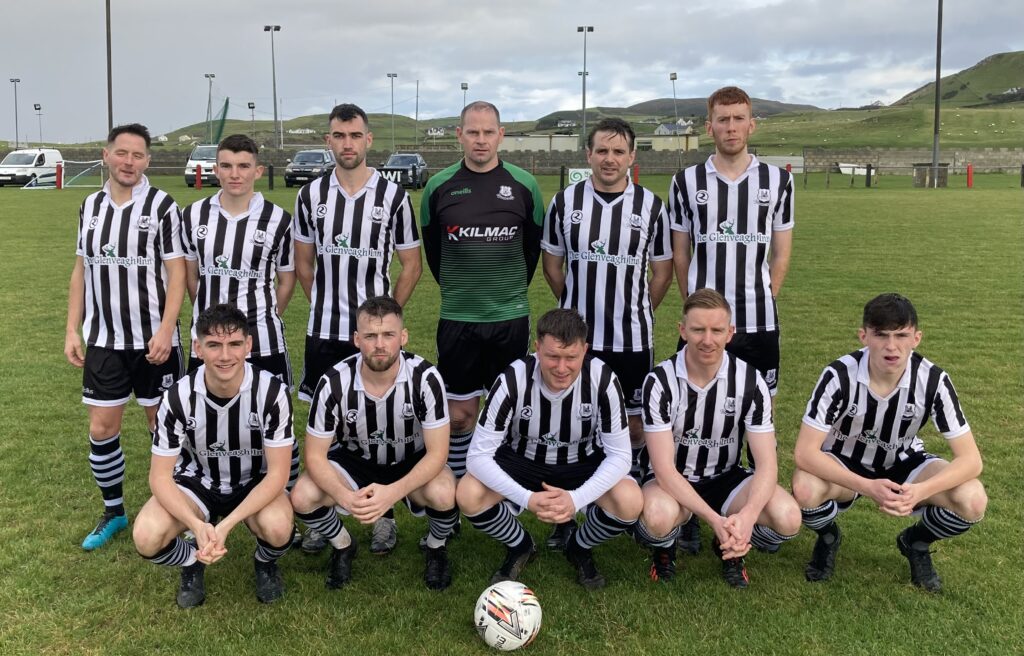