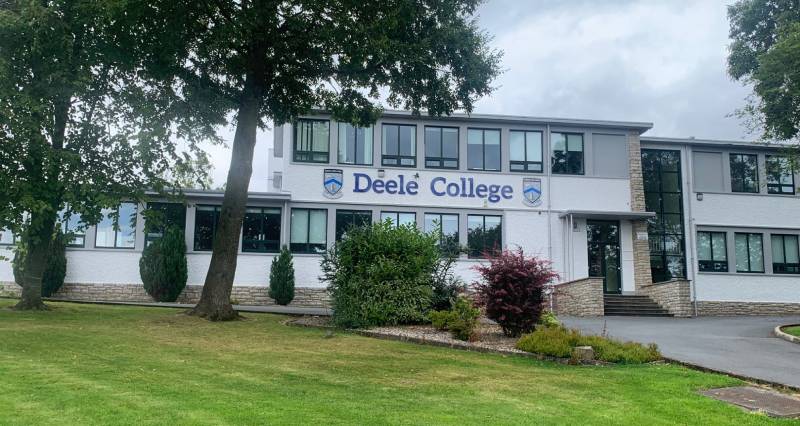 Deele College are getting excited as they prepare to release their new school Anthem later this month.

The College in Raphoe have said they are ‘excited and proud’ as they launch the anthem on the 19th of November at 7pm in the school hall with all welcome to attend on the night.

Matthew Mc Granaghan, a past pupil of Deele College and renowned fiddle player & musician with over 20 years’ experience in the music business has gifted an incredible piece of music that he composed to Deele College school.

Together with the students, he has produced a Deele College Anthem and it is recorded and performed by the Deele College  school choir.

Matt, from Castlefinn, is recognised as a virtuosic talent from an early age. He has performed in and across many genres and disciplines from Traditional to Classical, Country to Pop and many more. He began his musical journey aged seven by learning traditional music from a neighbour for 18 months. Aside from that he is virtually self-taught on his chosen instrument.

He has toured and performed as a soloist and as a member of different groups in Ireland, UK, Europe, Canada, USA and on cruises for guest performances.

Over the past 10 years he has worked with well-known artists such as Dolores Keane, Nathan Carter, Mary Black, Michael English, Brendan Shine and many more.

A spokesperson for the school said: “The finished product will blow you away and we hope that every member of our school community are as proud of this school anthem as we are. We and future generations will be able to enjoy this fantastic piece of work for many, many years. We would also like to say a massive thanks to Terry McGinty at Valley music studio for all his work recoding the track.

“It would be amiss not to mention and pay tribute to the person who pulled this altogether. A mention of what he (Matt) intended to do with his piece was all it took for our own Ms Bonner to put a plan in place. With Ms Bonner onboard, there wasn’t a detail excluded and we knew this project promised to be something exciting.”