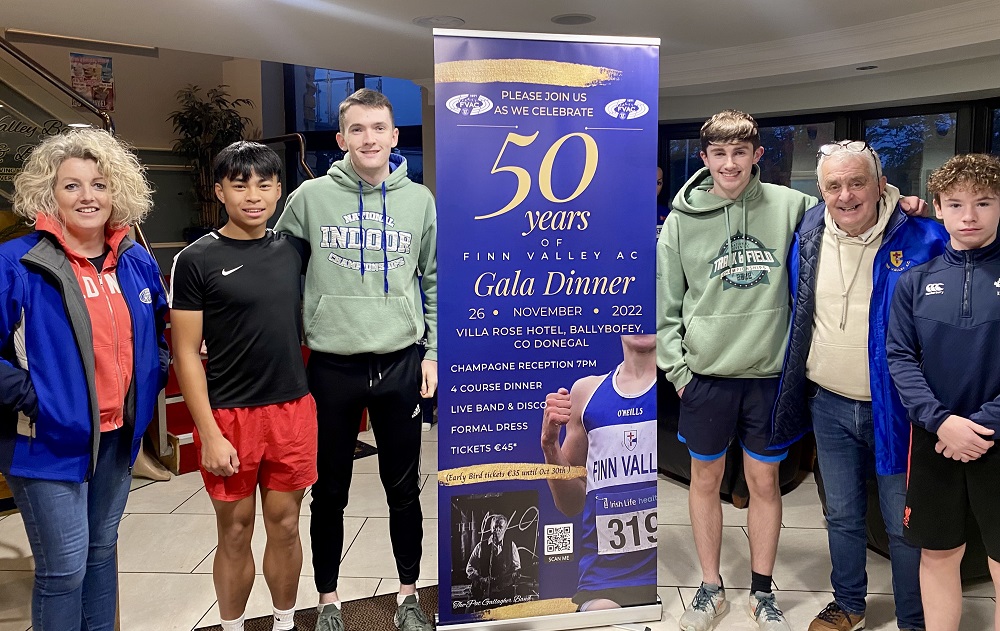 The ’50 Years of Finn Valley AC’ night takes place on November 26 at the Villa Rose Hotel in Ballybofey.

Formed in August 1971, at a meeting in Jackson’s Hotel, Finn Valley AC has become one of Ireland’s most successful athletics clubs.

Plans for a golden jubilee gala dinner were put on hold last year due to the Covid-19 pandemic, but November 26 will see club members past and present gather to mark a significant milestone.

The night will feature a champagne reception at 7pm, a four course dinner followed by live music by the Pat Gallagher Band and a disco into the small hours.

Tickets are available from: https://www.beyondtheline.ie/products/fvac-50th-anniversary-gala-dinner 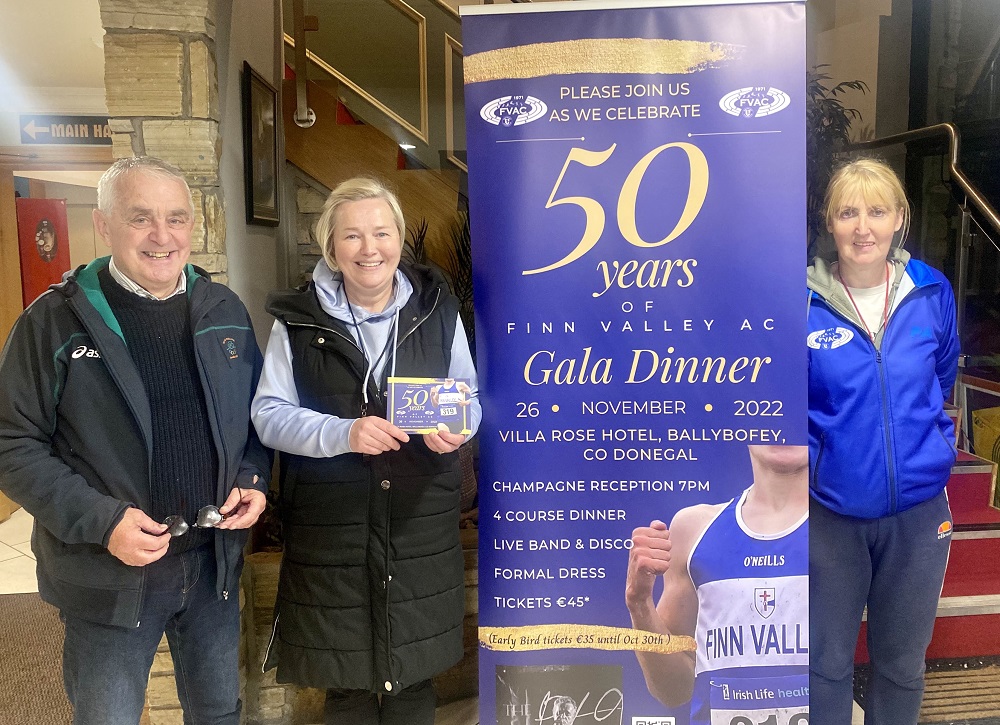 “We missed the chance to stage this event in our 50th year due to the Covid-19 pandemic, but it would be remiss of us not to acknowledge the absolute longevity and the impact of Finn Valley AC,” Finn Valley AC founding member and chairperson Patsy McGonagle said.

“We developed a club and a facility to be proud of over the years.

“This is a night to note the participation, development and contribution of people to the club, the community, the county and, indeed, the country. People have come right through from the school sports to the Olympic Games at Finn Valley AC.

“Back at day one, there was this new activity introduced and now, over a period of half a century, it has become seriously established in the life of the people in the immediate area and further afield.”

The links to the formative years remain with some families seeing three generations compete in the blue and white vest, while links to local schools, carved in the early days, are still an integral part of the club’s success.

In 2022, Mark English was the 800m bronze medalist at the European Athletics Championships in Munich.

High jump star Sommer Lecky won a World Under-20 silver medal in 2018 and a Commonwealth Youth Games gold in 2017.

Against the backdrop of athletics success, the Finn Valley campus has been developed into a world class facility used by a range of clubs and community groups.

McGonagle said: “The club is stronger now than ever.  This is also a chance to acknowledge those who have passed on and who have contributed immensely over the years.

“We want to hold a fitting night to mark the occasion.”