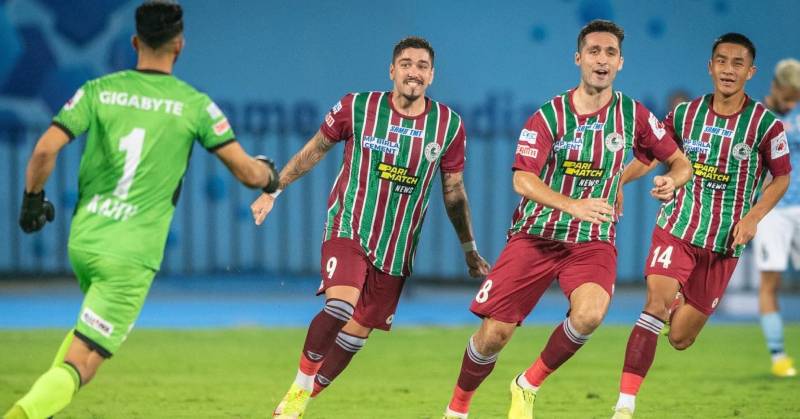 Carl McHugh scored a late equaliser for ATK Mohun Bagan as they drew with Mumbai City in the Indian Super League.

The Lettermacaward man scored a header in the 89th minute, flicking on from Dimitrios Petratos’ free-kick to salvage a 2-2 draw for the 10 men.

Lallianzuala Chhangte’s opened the scoring for the home side but Mehtab Singh’s own goal had ATK level on 48 minutes. Rostyn Griffiths put the hosts in front before Lenny Rodriguez got sent off.

McHugh came on in the 85th minute and ensured his team came away with a point which leaves them on seven points after four games.

After the game, McHugh said: “In the circumstances, going down to 10 men and being a goal down I think a draw is a good result.

McHugh moved out to India in 2019 from Motherwell and his ATK side won the Indian Super League play-offs in 2019/20.