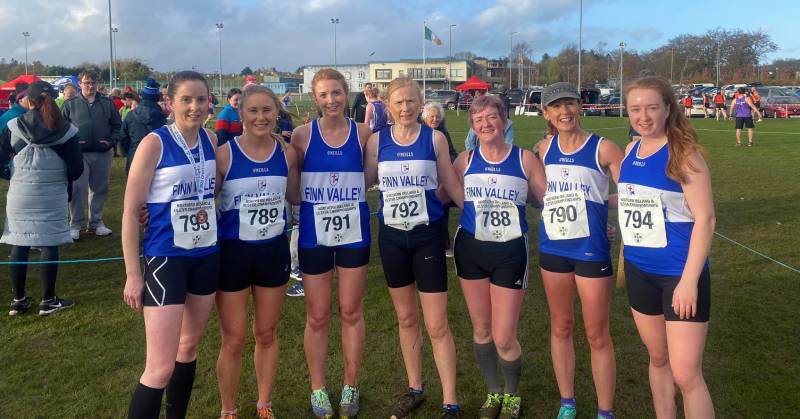 Athletics Northern Ireland have confirmed there was a mistake on their website regarding team rules for the Ulster & NI Cross Country Championships.

A serious allegation was made towards Finn Valley AC, who hosted the event, and who won the Women’s Novice team race.

However, Athletics Northern Ireland have confirmed that a mistake on the website stated that the first four home from each team would count towards the score.

This would have seen Inishowen AC and Finn Valley AC draw on points, with Inishowen winning on count back.

This sparked confusion at the end, with Inishowen believing they had won.

But a spokesperson for Athletics Northern Ireland confirmed to Donegal Daily this was an error on the website as the rules are normally to count the first three athletes.

The result stands and Finn Valley are the rightful winners.

“It was brought to the attention of the Athletics NI and Ulster Athletics Council members that there had been a mistake in the ruling listed on the website and the Women’s club medals should be awarded on 3 to score not 4,” the spokesperson said.

“Myself and the race officials checked this against results and rules from previous years, noting that the mistake had been made in 2021. Rather than continue this mistake, it was decided to award on 3 to score, as per the original rules.

“The team did not take this decision lightly, and as the organising club, with a stake in the result of the event, Finn Valley AC were excluded from the discussions in order to protect them from the allegations now being made.”

“The rules on the website were incorrect, and that was where the mistake was made. The Council members were only alerted of this on the day of the event, so there was some discussion after the race had begun about this.

“Ideally this would have been sorted before the event took place, but unfortunately the timing was not ideal.”

Finn Valley won with Maggie O’Hora claiming bronze while Joanne Campbell was in sixth and Bridgeen Dolan finished in 11th as they finished ahead of Inishowen AC, who had Kirsty Downey seventh, Sara Marie Doherty eighth and Aileen Devlin 12th.