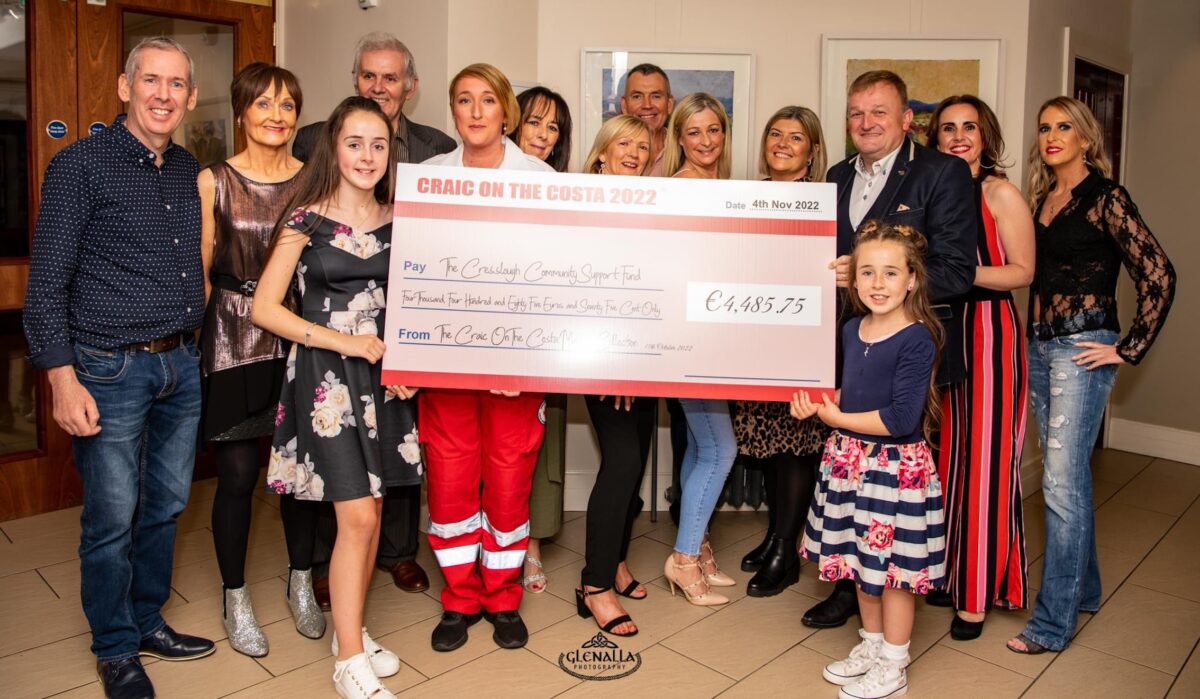 A special Mass and concert organised by country star, Jimmy Buckley, in Spain has raised almost €4,500 for the Creeslough disaster relief fund.

Days after the tragic blast, Buckley was playing in sunny Torremolinos during his ‘Craic on the Costa’ tour.

He and his crew members, Gráinne Wyse & Claire Finnegan,  wanted to do something for the victims and their families so a special Mass was organised.

The service was held on the evening of Saturday, October 15, in the ballroom of the Hotel Sol Principe.

More than 400 people attended to remember Creeslough, and a collection was held for the fund. 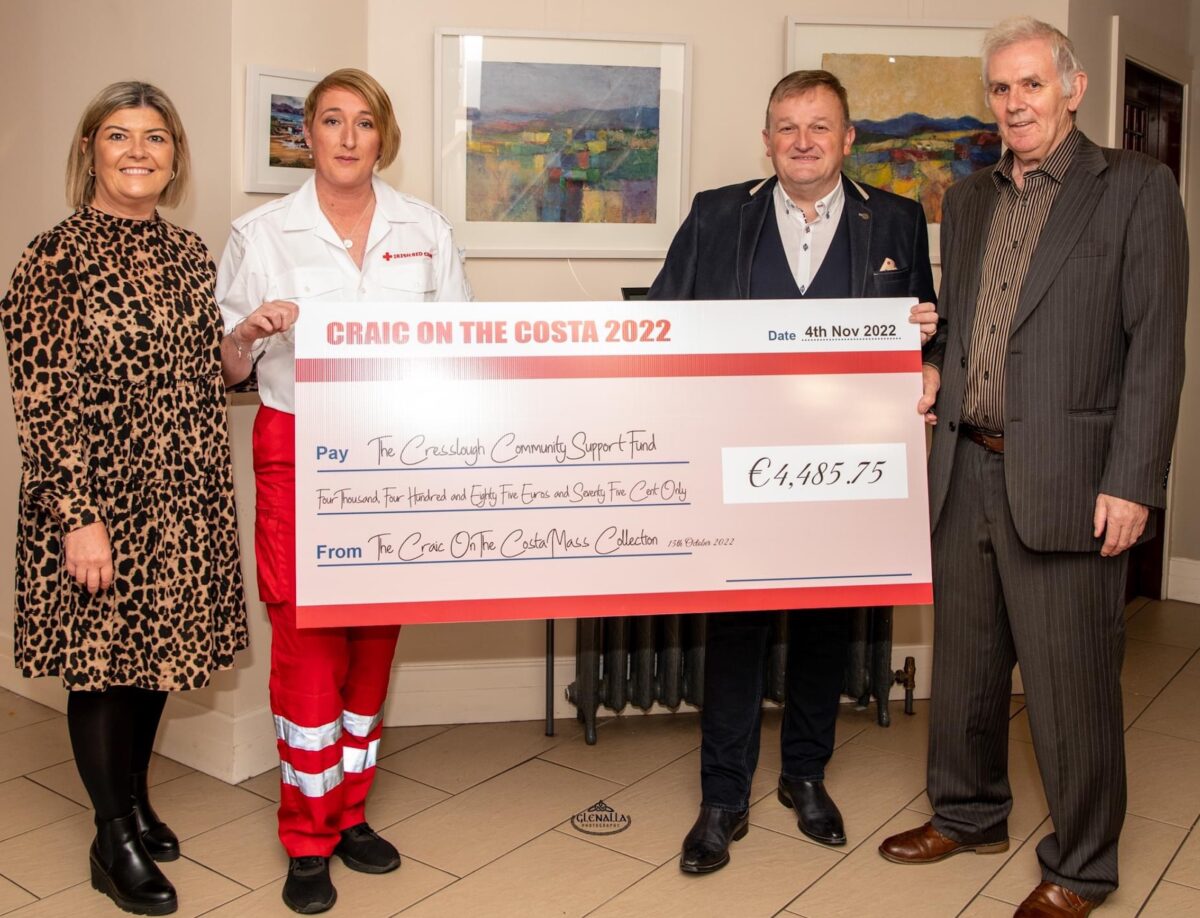 The attendance was captivated by Dungloe singer, Saffron Dixon (12), who gave a beautiful rendition of Lady of Knock.

Readings were given by Orla Sullivan (Donegal), Prayers of the Faithful were read by Gráinne Gallagher and a remembrance poem was read by Eibhlín Friel, both First Repsonders from Donegal.

Mass was celebrated by Fr Vincent Sherlock from Tubbercurry who flew out for the mass.

The mass was celebrated to remember the people who lost their lives, their families, the community and the emergency services that attended the scene.

A cheque for €4,485.75 was presented on Friday past in the Highlands Hotel, Glenties.

The cheque was accepted by Eibhlin Friel on behalf of the Creeslough Community Support Fund from Jimmy Buckley and his team of Claire Finnegan, Gráinne Wyse and PJ Lackey. 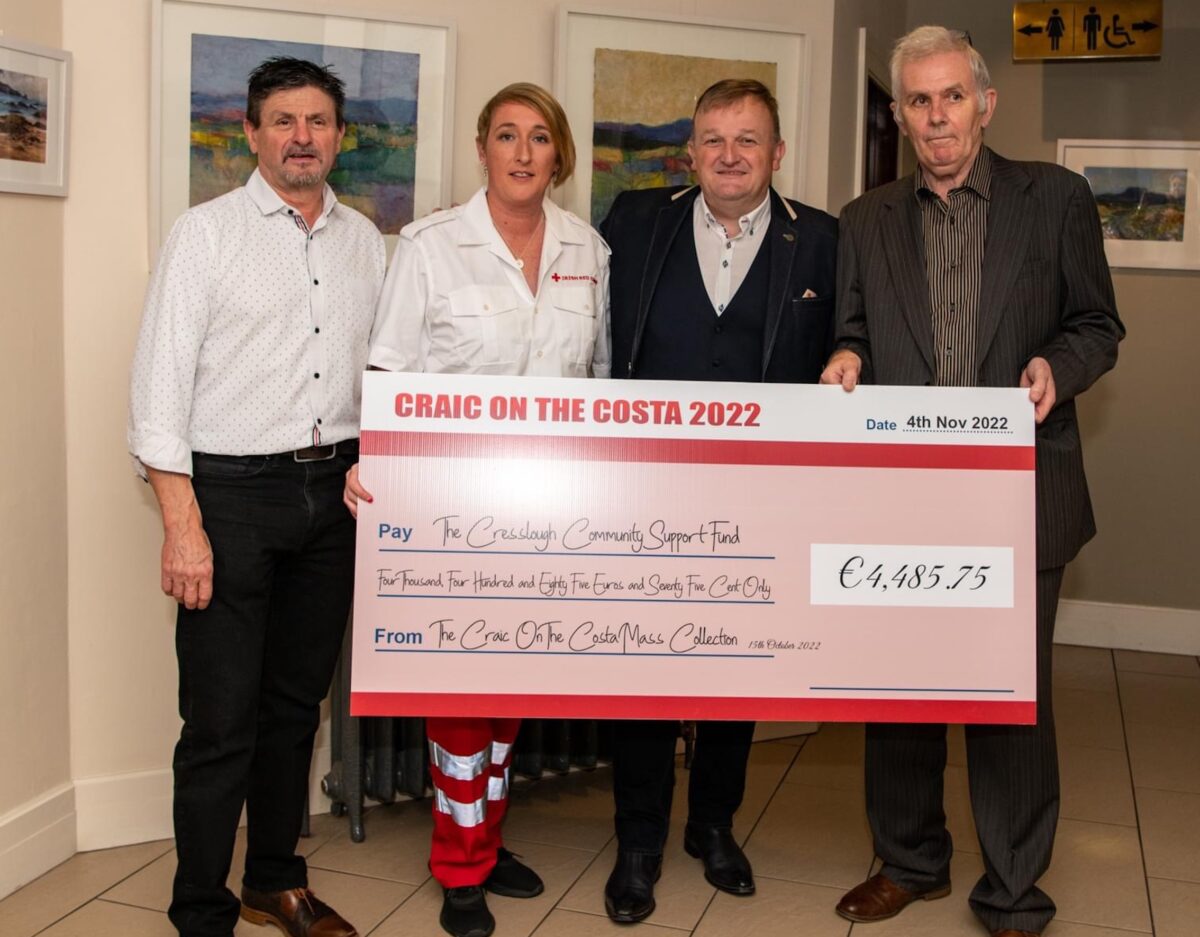