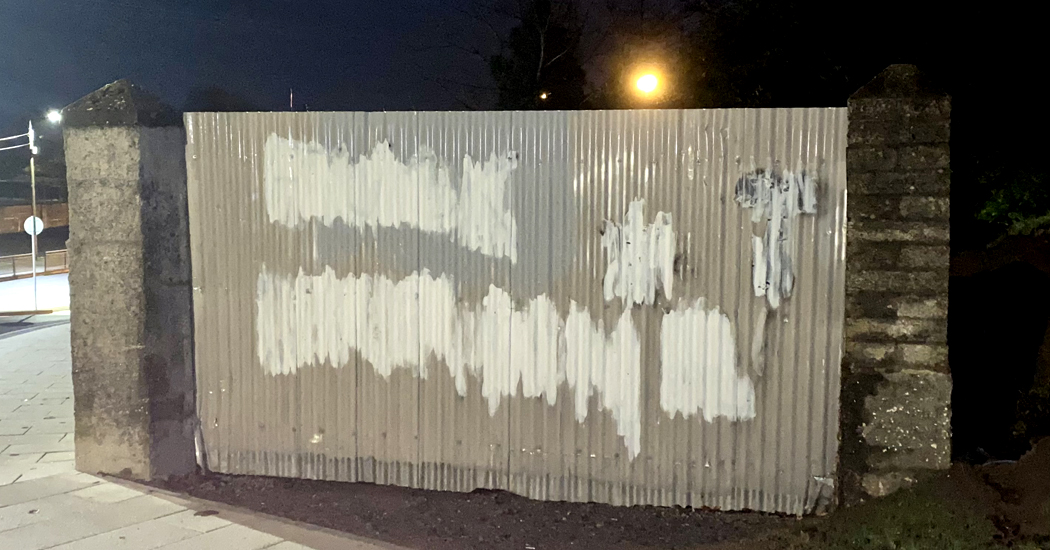 Donegal County Council is being asked to liaise with gardaí on anti-Ukraine/Pro-Russian graffiti in Letterkenny town centre.

In recent weeks graffiti has appeared on walls around Letterkenny displaying offensive phrases as well as the Z symbol, which has become a Russian symbol of war since the invasion.

Councillor Jimmy Kavanagh said the graffiti has been creating fear and tension.

“I was contacted by a lady working with Ukrainian families outlining how upset they were. This family had lost a loved one in a bombing in Kyiv,” he said.

“If this is young fellas doing it for the craic they need to be aware of what they are doing and the upset they are causing.”

Symbols and writing have been reported at Sentry Hill, Ballymacool Park and the Cathedral One Way system, among other areas. 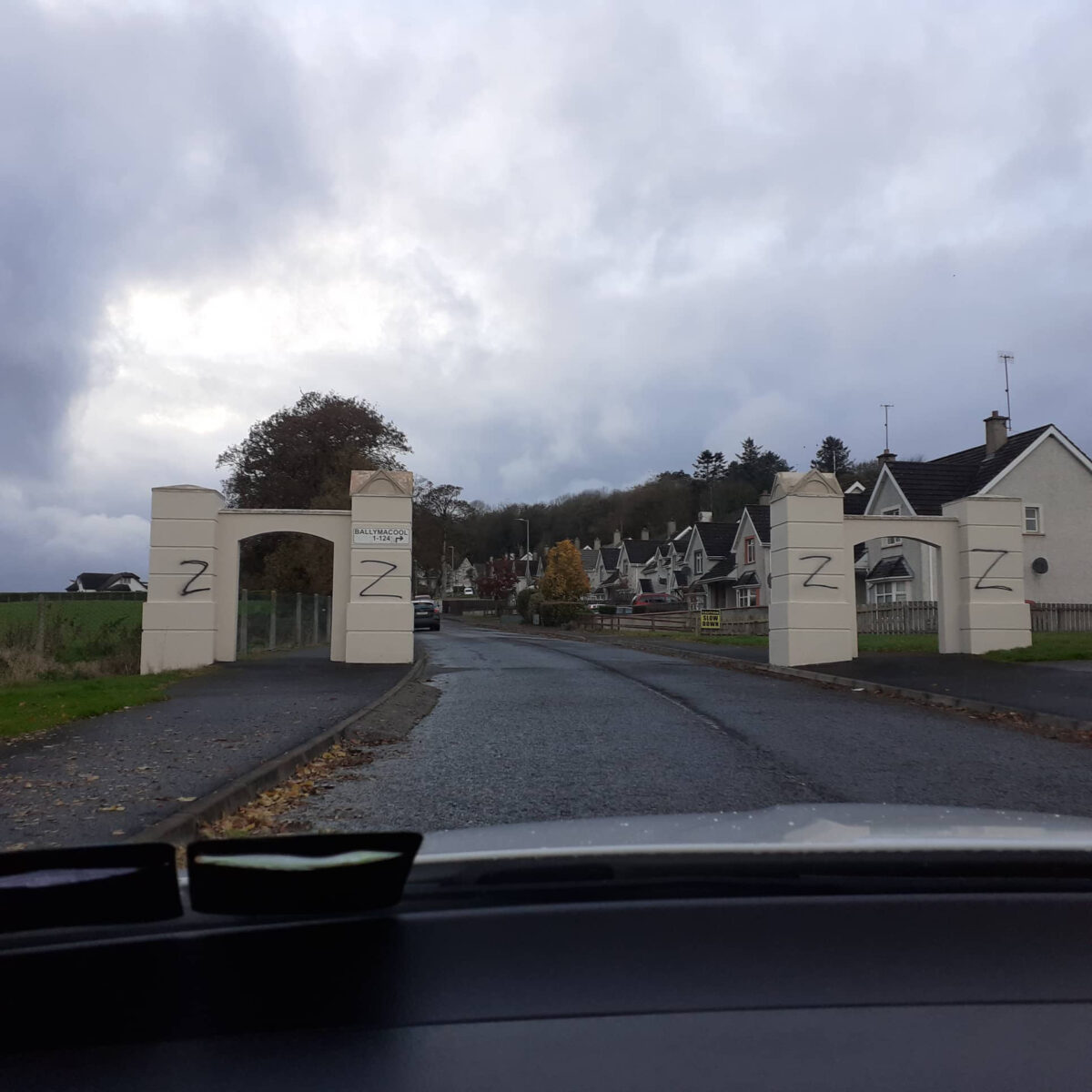 Grafitti at the entrance to Ballymacool Letterkenny this week

Cllr Kavanagh told a meeting of the Letterkenny-Milford MD that there are Ukrainian people involved with the local Tidy Towns committee who are seeing the new graffiti every time they go out.

“It is very difficult for them,” he said.

“The graffiti itself is affecting our Tidy Towns effort,” Cllr Kavanagh said, adding that there is an additional cost of painting over each slogan.

Cllr Kavanagh has asked the council to work with the Tidy Towns group to help them remove graffiti as soon as they come across it.

“We need to send out a strong message about it that it is totally inappropriate and it’s upsetting people,” he said.

He added that was particularly upsetting to see the graffiti in Ireland. “We are a country that has a history of immigration through famine and we’ve had our share of racism through the generations. We have more experience of this than other nations and we should be more understanding of other people’s situations.”

Cllr Donal Coyle said that the graffiti is creating fear in people who are already traumatised.

“It’s time the council liaise with the Garda Síochána in relation to it,” Cllr Coyle said.

“Any graffiti is unacceptable but the form and the message it sends out to people and especially the people it is directed at is not right and it’s something that needs to be stopped.”

Cllr Coyle added that the graffiti is not just appearing in Letterkenny but in other parts of the Letterkenny-Milford MD.

Cllr Kavanagh has asked the council to review if any CCTV is in the areas where the graffiti has been done and to involve gardaí where necessary.