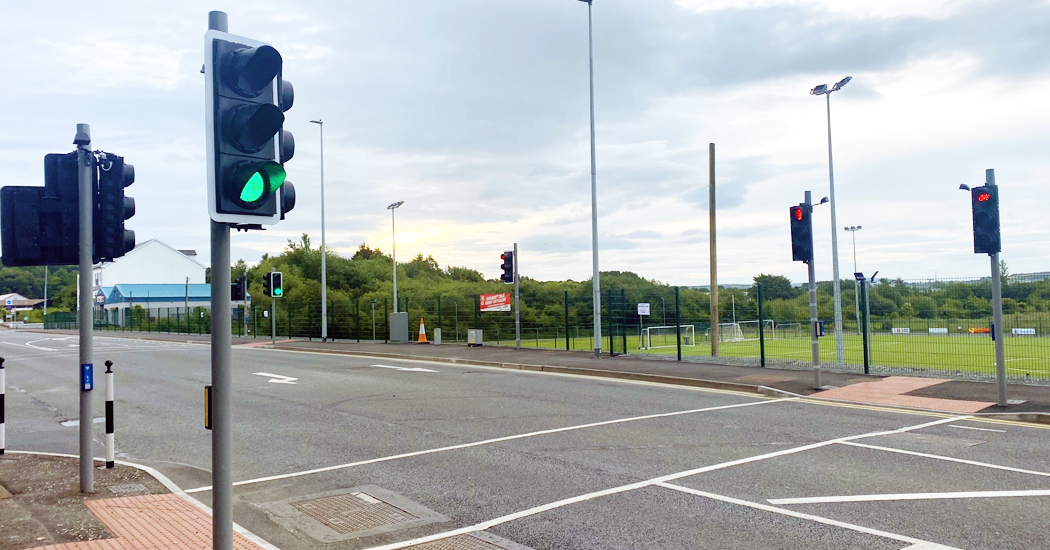 Turn off problematic lights in Letterkenny for a week, council told

Mayor of Letterkenny-Milford has suggested that the council should deactivate the new traffic lights at Justice Walsh Road/ Pearse Road to see if the Letterkenny’s traffic woes improve.

Cllr Donal ‘Mandy’ Kelly said there has been nothing but issues since the new lights were installed in May.

There have been repeated discussions at the Letterkenny-Milford MD on the traffic jams stemming from all approaches to the lights, and Cllr Kelly said they seem to be getting worse.

“I would say the best option here is to turn them off completely for a week and see how the traffic flows.

“They are not working. I know they have been recalibrated but they are still not working.”

Cllr Kelly told Tuesday’s meeting of the MD that he had a call from a man who was sitting at one light which was green, but the other light ahead was red.

“The best thing is to turn them off for a week and see what happens,” Cllr Kelly said.

He asked the council to align the timing of the lights to those on Justice Walsh road, or remove them.

“This is a matter of urgency over the Christmas period,” Cllr Bradley said.

“Maybe the traffic lights should be removed for a yield and right of way.”

In response, David McIlwaine, Executive Engineer, said that turning off the traffic lights at Justice Walsh Road would be a safety issue. He told councillors that the roads department is looking at ways to make the signals more efficient, while the improved traffic flow to Upper Main Street and the health centre area should be taken into account.

Regarding Rosemount Lane, the council has carried out an assessment at the junction and at Justice Walsh Road in conjunction with the Traffic Signals providers and a proposal is being prepared to carry out works which will include constructing a loop that will detect traffic on the Rosemount Lane.  The council is seeking funding opportunities to allow this work to be carried out.

Meanwhile, the lights at Pearse Road/Justice Walsh Road are said to be operating at ‘optimum efficiency’, a statement said.

The council said that there have been “a number of issues with traffic behaviour that was preventing the signals working at their full capacity. As traffic gets more experienced with these signals it is anticipated that this will improve,” a statement said.

“It was also observed that the introduction of the signals has increased the volume of traffic using the Justice Walsh Road and made the Health Centre and car parks serving the Upper Main Street and Upper Port Road much safer to access. In addition to improving the safety of pedestrians.”

Turn off problematic lights in Letterkenny for a week, council told was last modified: November 9th, 2022 by Rachel McLaughlin
FacebookTweetLinkedInPrint