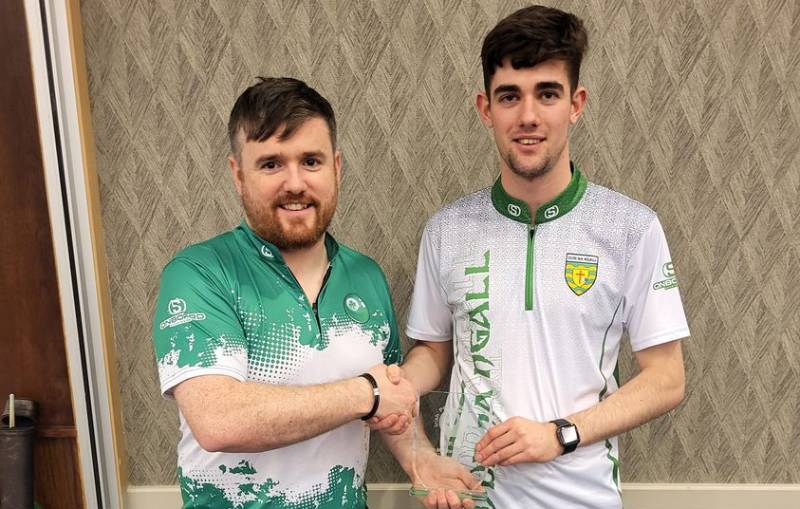 Ronan is well known in cue-sports circles for his exploits on the green baize of the snooker table, but on Sunday it was on the smaller surface where he landed his first national title.

Having only taken up pool competitively a few months ago, Ronan had already gotten to the final of the previous Under-23 event. This time, he travelled to Dundalk to compete in an event that had over 250 players in the men’s event alone. 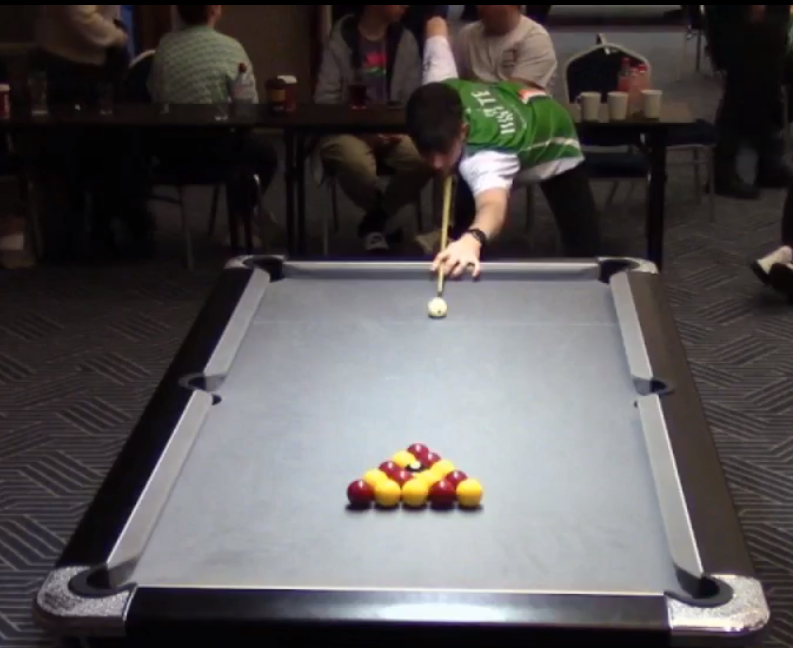 Ronan in action in the final

Unlike most competitions where the margins get tighter as the event continues, Ronan just about managed to win through each of the first three rounds in a final frame decider. One of those early wins was over 15 year old up-and-coming Ballybofey player, Ben McMenamin.

In the semi final, he won 5-1 with a convincing display and then played some superlative pool in the streamed final, defeating the impressive Ricky Morrissey by 6 frames to 1.