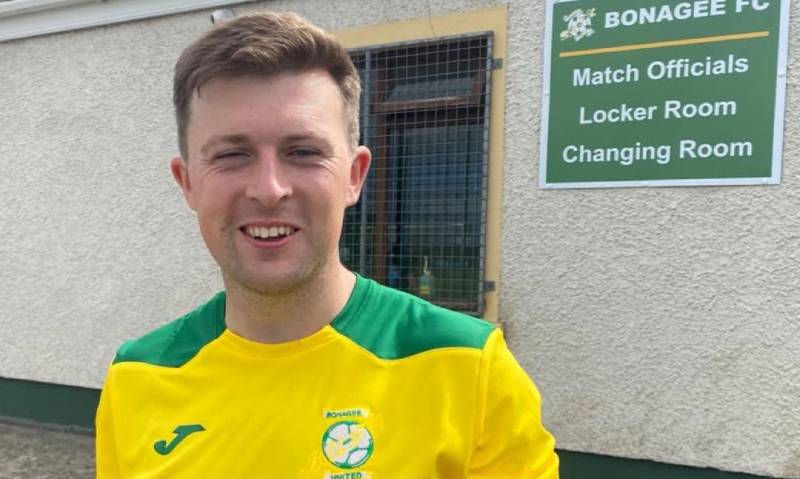 McNamee netted from a free kick in the 82nd minute and made sure of the win with a 92nd minute penalty to make it two wins from two for Jason Gibson’s men in the Ulster Senior League.

Letterkenny finished with nine men. Gareth Doherty was given a second yellow card in the 78th minute while Eugene Deery saw red for an incident involving Michael Funston that led to the penalty.

Conor Black had a decent attempt for Bonagee, but was unable to hit the target and, at the other end, Tim Callaghan just couldn’t get enough purchase on a headed attempt.

Gareth Harkin tested McGinley after the break, but the Rovers ‘keeper was equal to his shot.

When put through by McNamee’s superb pass, Harkin was again denied by McGinley’s reflexes.

McKane flashed dangerously across goal with a reminder that Rovers were still capable.

McNamee clipped just wide after connecting with Darragh Ellison’s probing pass while home stopper Oisin Cannon thwarted Aidy Delap, who weaved his way into the Bonagee penalty area, with an excellent save.

Rovers were already down to ten men with Dohery given a second yellow when Bonagee broke the deadlock eight minutes from the end. McGinley was deemed to have come out with a foot too high and McNamee wonderfully curled home from the free kick.

The game remained up for grabs until, two minute into added time, Deery took Funston down and McNamee expertly dispatched the penalty to the net.