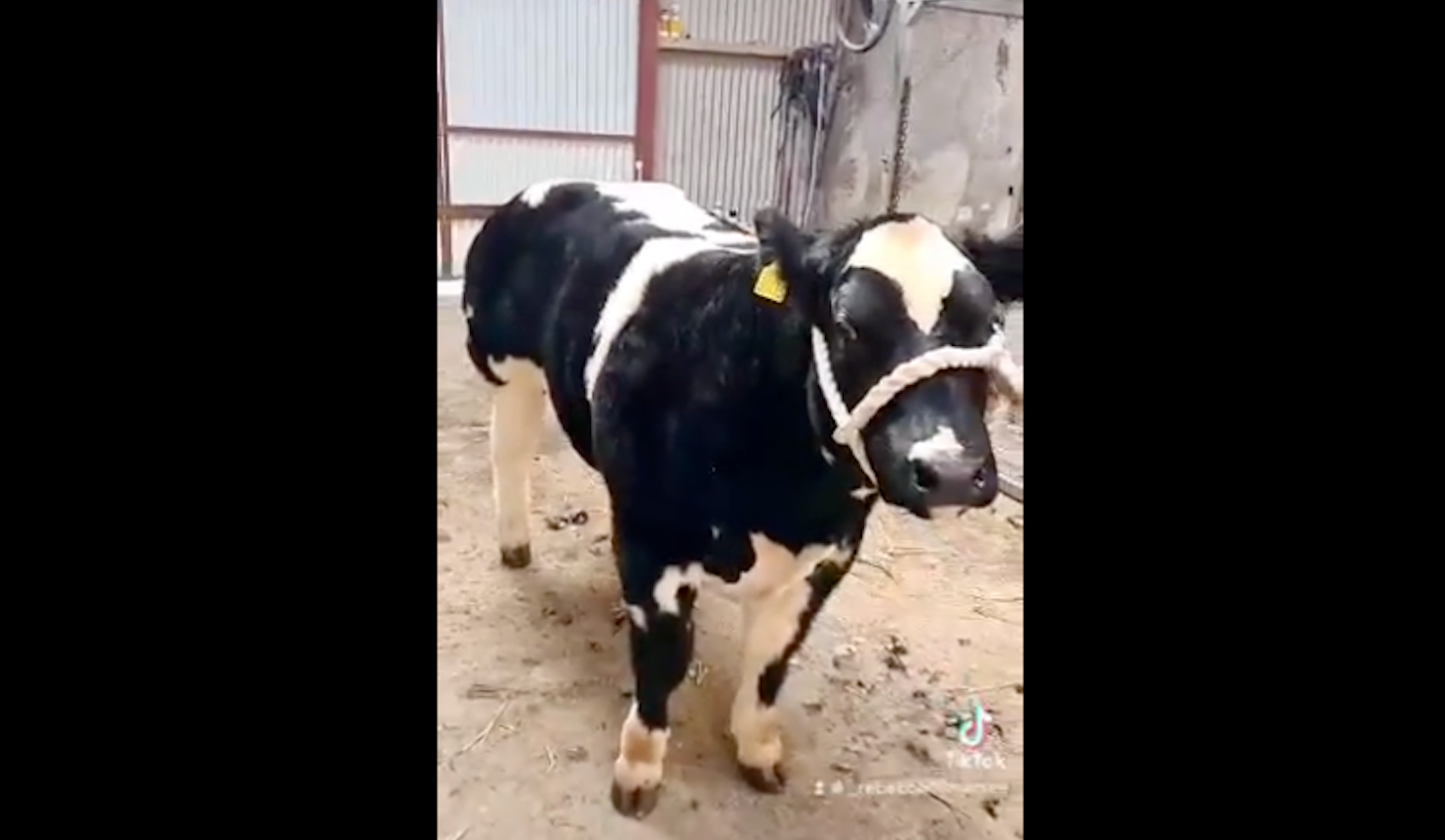 A weanling heifer sold for a staggering €10,100 at a special sale in the Twin Towns at the weekend.

The Belgian Blue crossbred heifer took the top price at the special sale of Elite Haltered Cattle at Ballybofey and Stranorlar Co-operative Mart on Saturday.

The delighted seller was Pearse McNamee and his family who are suckler farmers from Convoy. 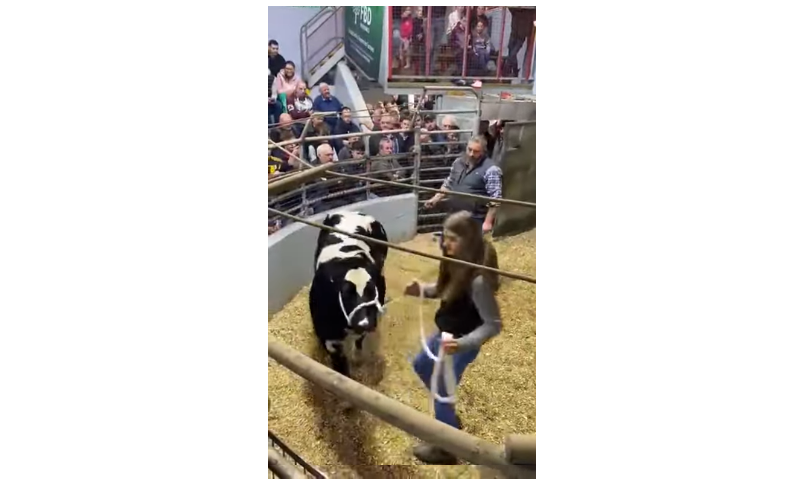 Mr McNamee and his daughter in the ring with their prize heifer on Saturday night.

The sale featured over 150 lots of weanling bulls, heifers and breeding heifers.

The heifer was bought by Sam Matchett and finds a new home residing in the Birches Herd in Northern Ireland.

“What drove the trade for this heifer ultimately was the line of breeding and the consistency her dam and grand-dam has been breeding,” a delighted Mr McNamee told Argiland.

Her grand-dam (granny) was bought by Mr McNamee 18 years ago in Carrick on Shannon for €4,100, which was the highest-priced calf that year.

All eyes will now be on this heifer’s full sister, which will be sold at the Winter Fair in Carrick on Shannon later this month.

Read the full article on www.agriland.ie