Passers-by in Raphoe were left shocked after a stag killed in a traffic accident had its head cut off and removed a short time later.

The stag was killed on a road outside the town yesterday morning.

Donegal Daily was sent a picture of the unfortunate creature after it had been killed in a traffic collision.

The stag’s death comes amidst concerns of increasing numbers of deer straying onto Donegal’s roads causing accidents with motorists.

However, just a couple of hours after the stag was killed in Raphoe, it had its head cut off.

A man who took the picture of the dead animal said he was shocked to return to find it had been butchered.

“It was a bit of a shock. I realise well that it was dead but it still looked like a beautiful creature.

“But when I returned a short time later to find its head had been cut off most likely to be put on someone’s wall was very shocking,” he said. 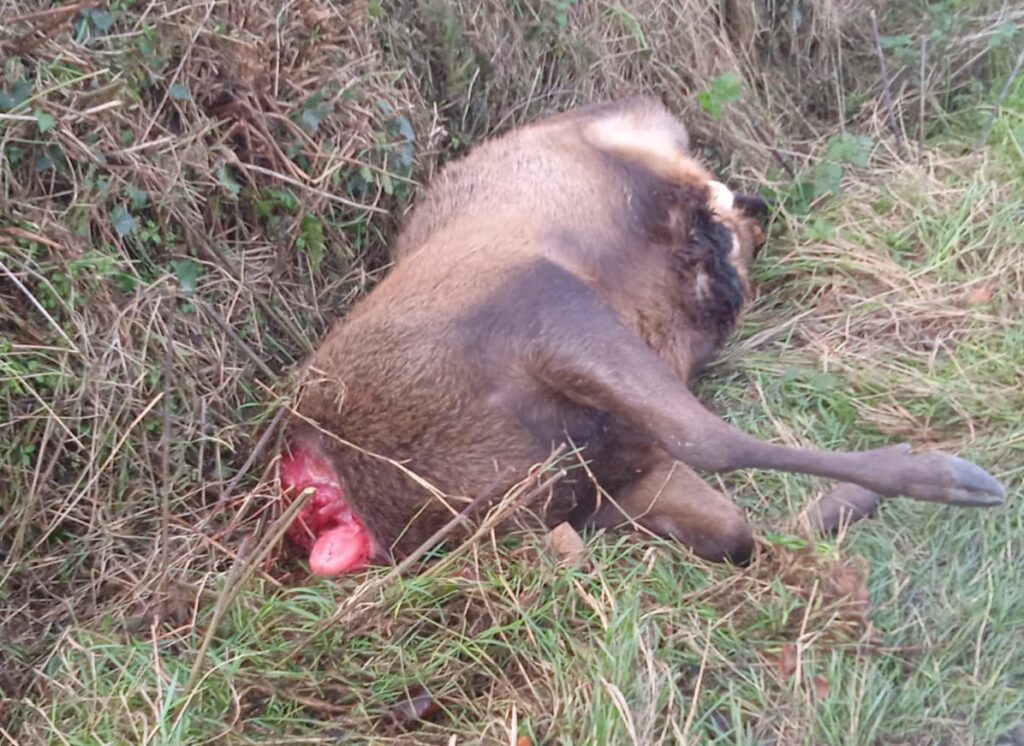 Shock as stag found at side of Raphoe road has head cut off was last modified: November 17th, 2022 by Staff Writer
FacebookTweetLinkedInPrint