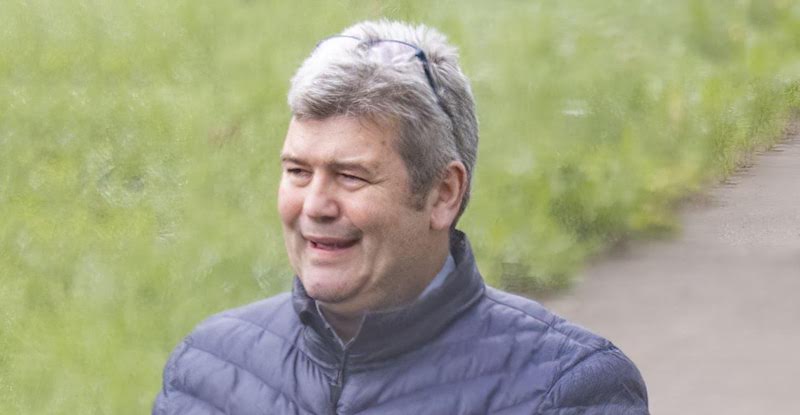 A Co Donegal businessman who pushed an elderly man and broke his rib after he protested he was illegally parked in a disabled bay has been ordered to pay his victim €15,500 and his court costs.

Gus O’Driscoll appeared at Letterkenny Circuit Civil Court after Frankie Doherty took a case for personal damages against his attacker after he sustained injuries including a broken rib.

The district court had heard that O’Driscoll claimed he was only parked in the disabled space for a short time at Market Square as he was nipping across the road to a local bakery to buy his wife her favourite pastry.

When he came back Mr Doherty pointed out to him that he was parked in a disabled space and O’Driscoll got out of his jeep and pushed Mr Doherty to the ground.

CCTV footage of the incident was played at Letterkenny Circuit Court as part of Mr Doherty’s claim against O’Driscoll.

The footage, which was verified by Donegal County Council employee Mr Sean Flanagan, was replayed a number of times.

He told O’Driscoll that it was “bolloxes” like him who prevented disabled people from being able to park in the town.

He then recalled O’Driscoll jumping out of his jeep and pushing him to the ground.

“I was in shock. I got up and my arm and chest was sore. I was really shocked,” said Mr Doherty.

He called Gardai who arrived about fifteen minutes later and he explained to them what happened.

The court was later told that Mr Doherty’s wife was disabled.

Giving evidence Garda Gerry Fee said he found Mr O’Driscoll through a partial registration plate number given to him and interviewed him at his shop.

In his statement O’Driscoll of Ballykeerin, Kilmacrennan claimed that he had pushed the victim but only after Mr Doherty spat at him forcing him to lose control.

Replying to questions from Mr Doherty’s barrister, Mr Paul McLaughlin who was instructed by Mr Ciaran Haran from Kieran O’Gorman Solicitors, the Garda said that he had viewed the CCTV footage and did not see any aggression to warrant what he received and said there was no evidence of any spitting.

He added that O’Driscoll was a “big, strong man” and that Mr Doherty was slim and half the size of his attacker.

In his cross-examination, O’Driscoll, who represented himself in court,  claimed he asked Garda Fee to view the spit on the window of his car but he declined.

A taxi-driver who was also parked nearby, a Mr Noel Doherty, told the court that he heard shouting and looked across the road and saw O’Driscoll pushing Mr Doherty to the ground.

He too said he did not see Mr Doherty spitting at O’Driscoll as he had claimed.

The court was told that a short time after the attack on May 4th, Mr Doherty telephoned his brother-in-law, Dr James McDaid, seeking medical advice.

Dr McDaid said he told Mr Doherty to take some pain killers but three days later Mr Doherty came back to him saying he was still in a lot of pain.

The doctor referred him to an orthopaedic surgeon for an examination and it was discovered after an X-ray that Mr Doherty had a broken rib.

Dr McDaid said that when he saw Mr Doherty he was in a lot of pain and had had a bad weekend.

O’Driscoll was asked by Judge Morrissey if he would be calling any witnesses but he said he would not.

Summing up, barrister for Mr Doherty, Mr Paul McLaughlin referred back to the CCTV and all it showed and said there was clearly no evidence of spitting before O’Driscoll pushed his client “in a forceful manner.”

He added that at no time did Mr Doherty leave the footpath, that he had his hands in his pockets at all times and at no time did he remonstrate when pushed.

“I say the evidence is absolutely clear-cut and there is no defence,” he added.

In his summing up, O’Driscoll admitted that he did park in the disabled bay and had pleaded to the assault and paid Mr Doherty €1,000.

However, he added that he held his ground on his position of self-defence an claimed he felt “let down” by the Garda and the State because they did not examine his jeep window.

Passing judgement, Judge Morrissey said this was a “very sad case” which had been perfectly avoidable but was borne out on the CCTV footage.

She added that she had no doubt that the incident occurred in the manner set out as pleaded.

She referred to both Garda Fee’s evidence and to the medical evidence given by Dr McDaid  saying she was satisfied based on the evidence that the incident occurred and the injuries were sustained.

She added that O’Driscoll did say he was sorry and did plead guilty but added that he had the opportunity to leave but had exasperated the situation.

She awarded Mr Doherty the sum of €12,500 in damages and a further €3,000 in respect of the psychological damage and stress caused.

Mr Doherty, was also awarded his court costs in the case.