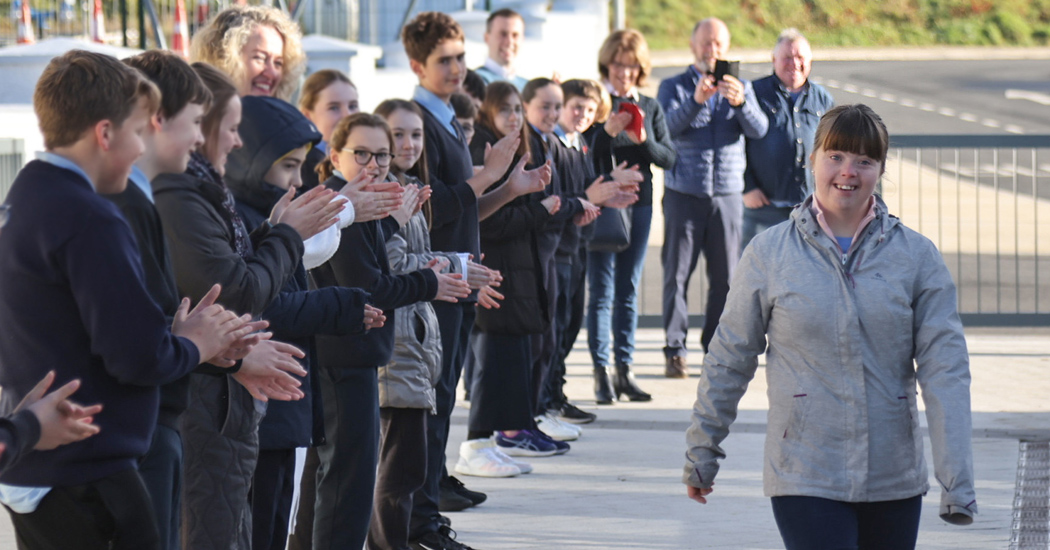 Letterkenny swimmer Anna Hennessy was back at her old primary school this week to celebrate her amazing achievements in the world swimming circuit.

The Glenswilly NS community held a reception honouring star past-pupil Anna after her feats at the Down Syndrome World Swimming Championships in Portugal.

Anna was welcomed back to Glenswilly NS on Thursday, where she was applauded by all teachers and students and presented with a special recognition of her accomplishments. 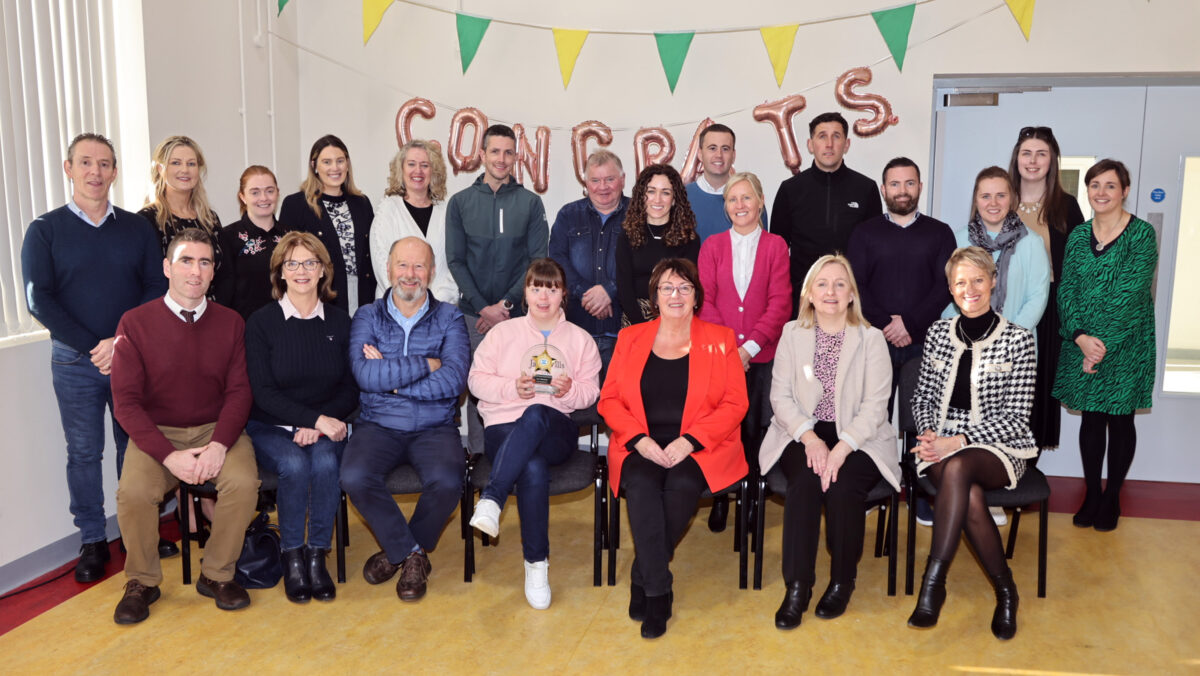 Anne Hennessy with her parents Mairead and Kevin and the teaching staff of Glenswilly school who honoured their former student achievements in sport at a reception in her honour. Photos Brian McDaid 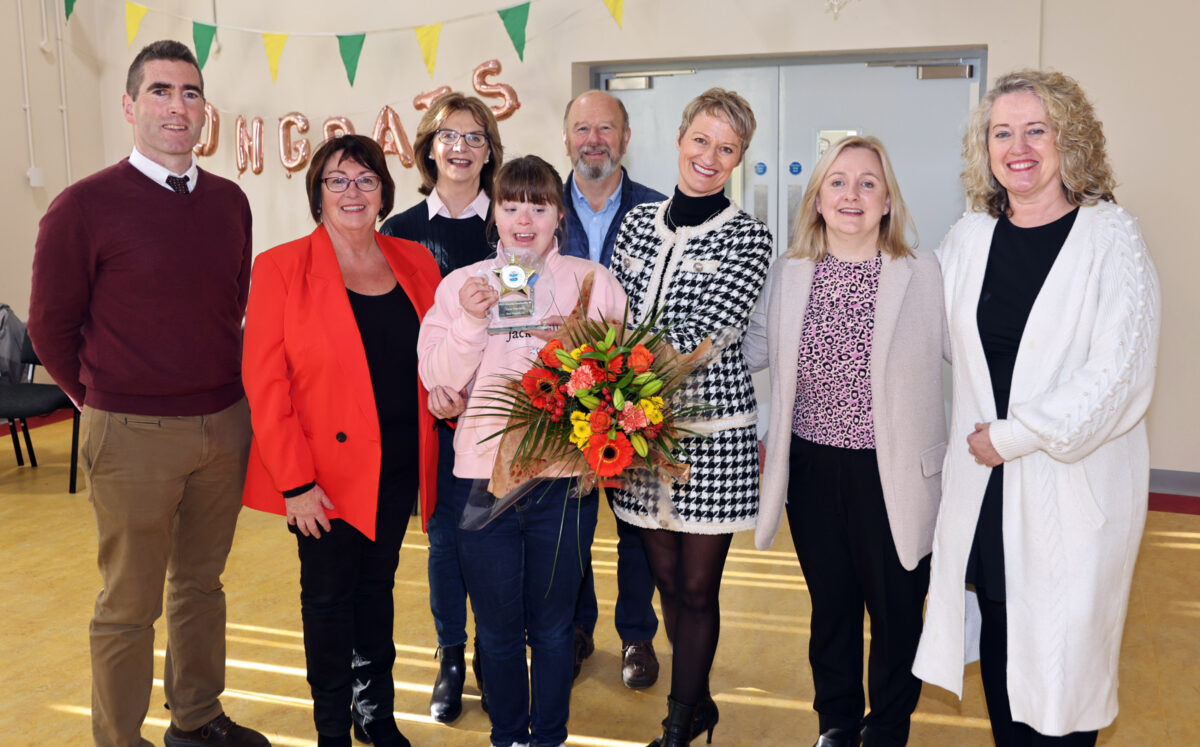 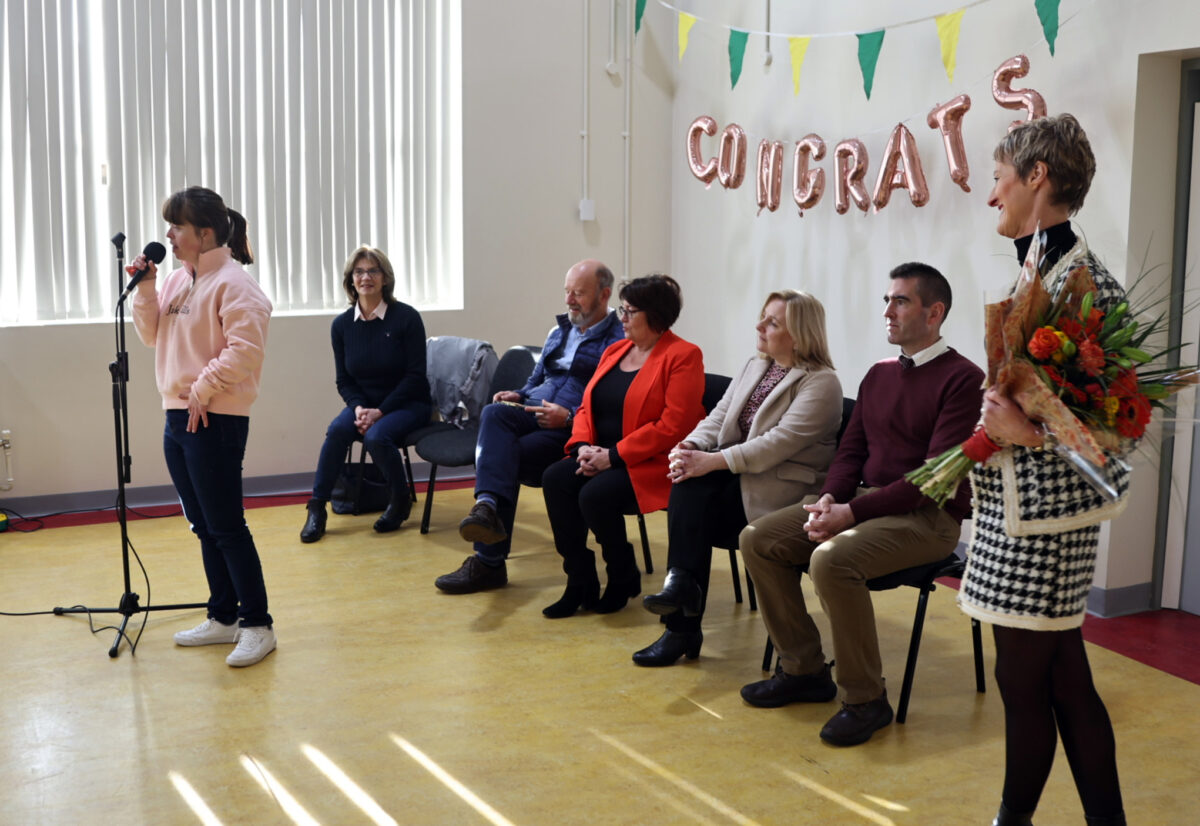 Anna Hennessy addressing the attendants at her reception at the school to honour her achievements.

Principal Joseph Gallinagh, Deputy Principal Geraldine Galligan and Chairperson of the Board of Management Eileen Quinn led the tributes to Anna’s inspirational drive for excellence.

Mr Gallinagh said that Glenswilly NS is always proud to celebrate its past pupils who have excelled. Ms Galligan commented on how far Anna had come since she started swimming at the age of six. Despite having some health problems growing up, Ms Galligan said that Anna always worked hard and always brought a smile to people’s faces.

Speaking to the pupils, Anna told them to follow their dreams. She said that everyone should train hard to develop their own talents, whatever they may be.

Anna told pupils how her swimming journey evolved from the local pool to the European Open Championships in Italy in 2019 and then onto the Worlds in 2022.

She thanked all of her coaches at Swilly Seals and the club overall who have given her such great support. She thanked her national Team Ireland coach Niall Molloy and there was a special word of thanks for her parents, Kevin and Mairead. Mairead was also delighted to be back at the school where she previously taught, she said.

“It was a lovely atmosphere and a lovely welcome,” Mairead said. 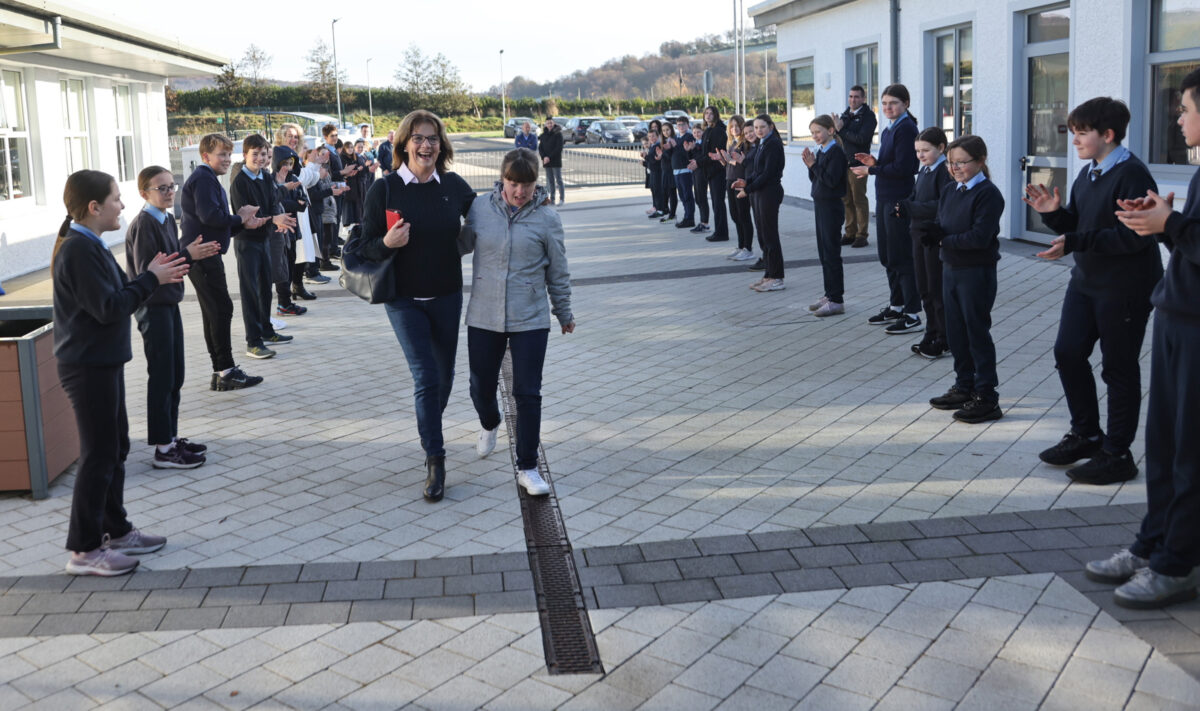 Anna introduces her mother Mairead a former teacher at the school at the civic reception at Glenswilly National School. Photo Brian McDaid.

Anna and her parents were given a tour of the impressive new school facilities, including the new athletics track, new library and new classrooms.

Anna already has her sights set on her next goal as she competes with the Special Olympics in Belfast on 26th November. And as the European Championships come ever closer next September, she will be targeting the qualifying times once more. 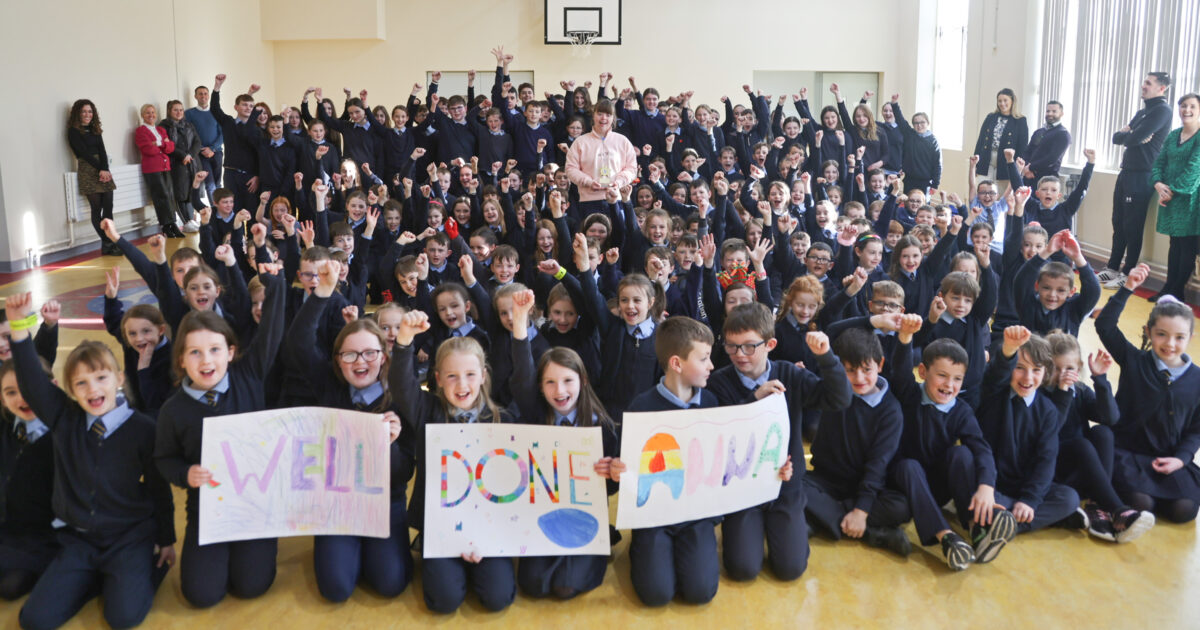 Anna Hennessy back at her old school in Glenswilly as students give her a warm Glenswilly welcome. 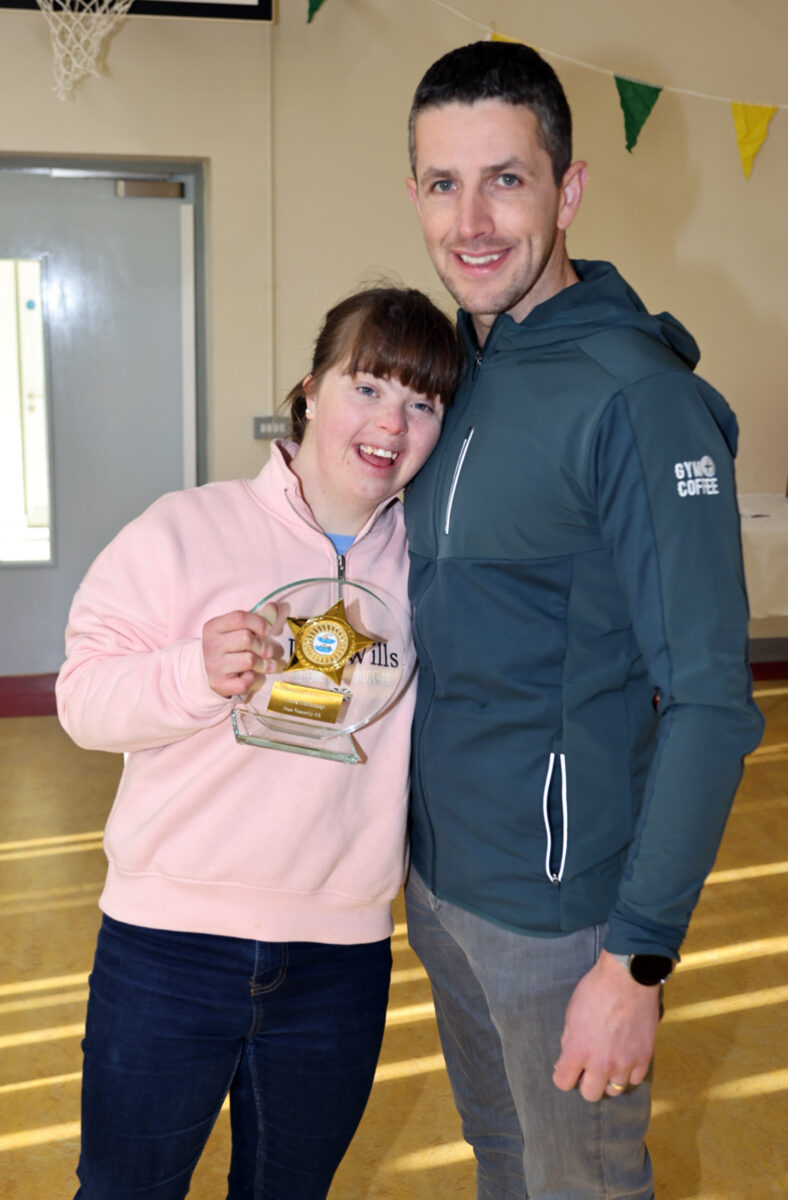 Teacher Martin Greene Makes the presentation to Anna Hennessy at the reception in his honour at the school. Photo: Brian McDaid 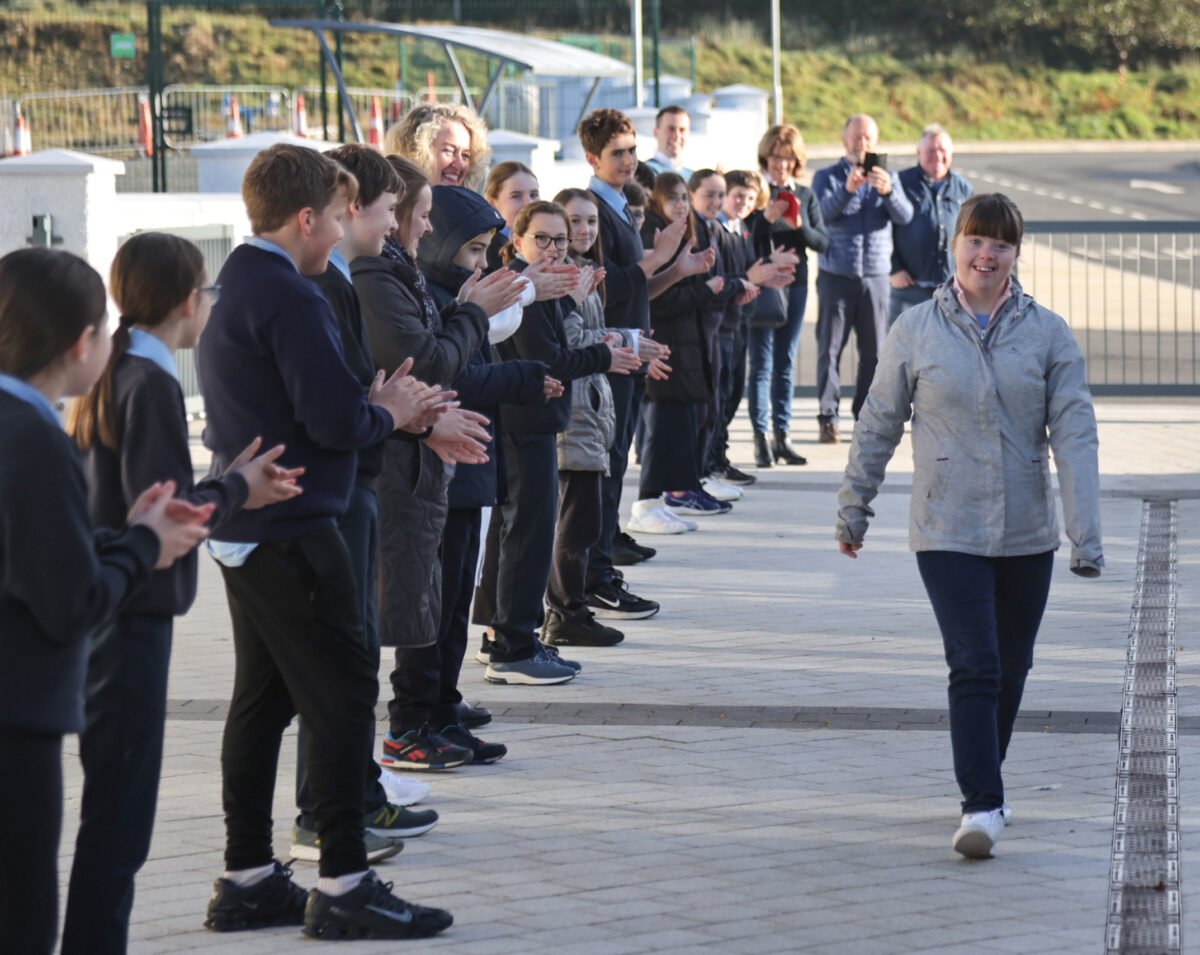 Anna Hennessy arriving at her old school for a reception to honour her sporting achievements, representing Ireland at European and World levels in Swimming. Photo Brian McDaid.