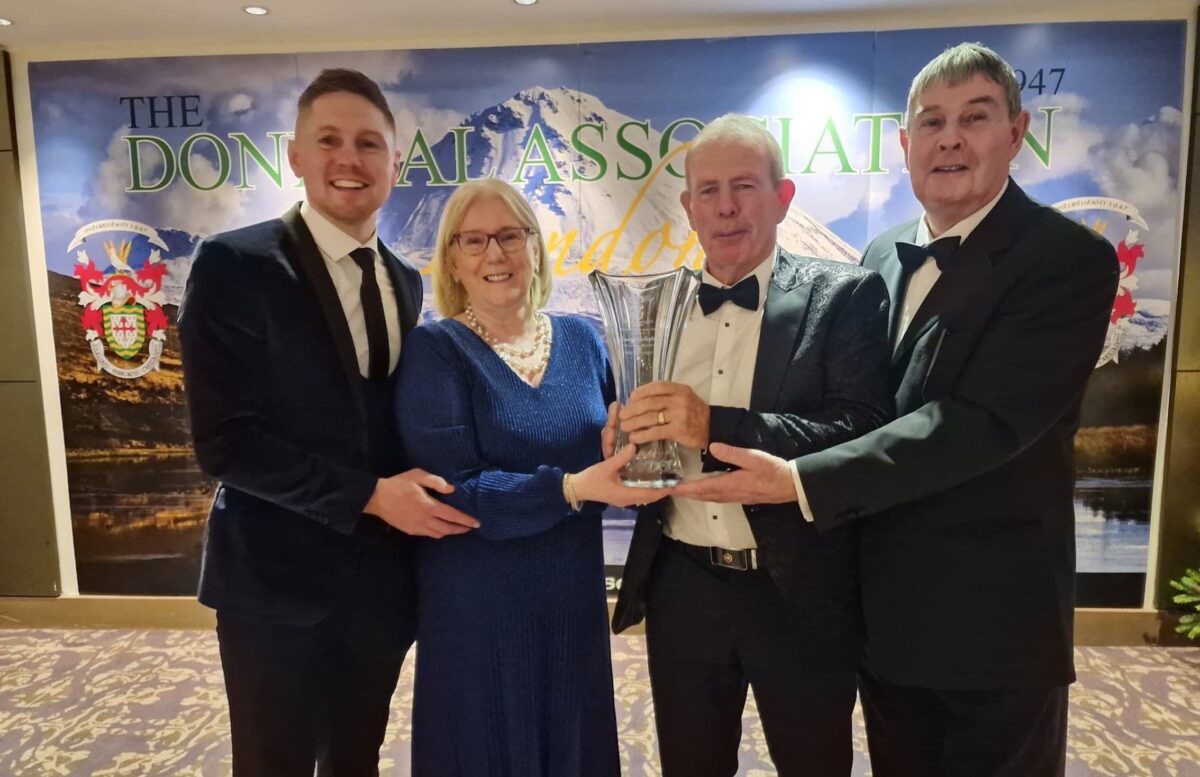 Tunnelling magnate is Donegal-London Person of the Year

Tunneling magnate Tommy Gallagher has been named as the Donegal Association London Person of the Year.

The Ardara native, who has made a name for himself all over the world with his TG Tunnelling, was crowned at a ceremony last night at the Hilton Hotel, Wembley.

Described as a ‘modest gentleman’, Mr Gallagher has employed hundreds of Donegal men over the years.

Along with his wife Nora, he organises an annual charity golf match here and is behind a major development in Donegal town.

In 2019 he, along with Tony McFadden, Josie Gallagher and Dermot Cone, unveiled a monument for the famous Tunnel Tigers in Dungloe.

Tommy is also pictured below, fourth from left, at the unveiling ceremony. 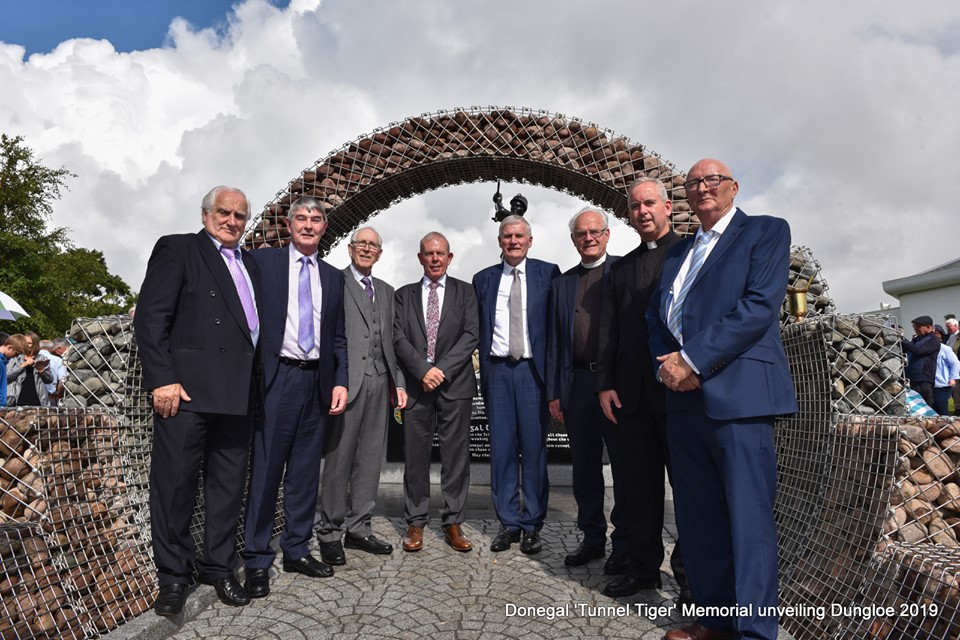 All proceeds raised from the raffle at last night’s Donegal Association London event went towards the Creeslough Disaster Fund.