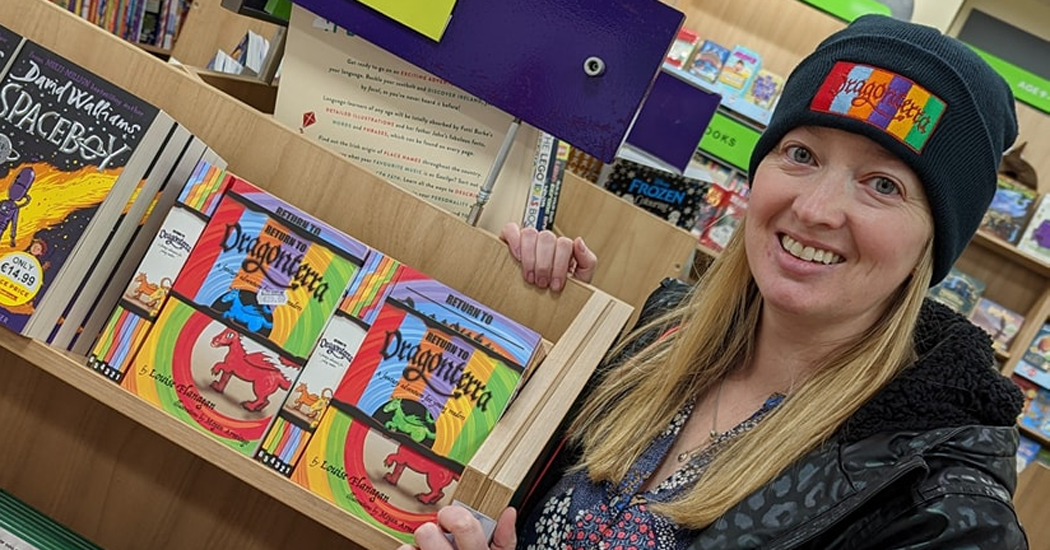 Letterkenny teacher Louise Flanagan has released a new series of her hugely popular children’s books just in time for Christmas.

The ‘Return To Dragonterra’ books follow on from the original Dragonterra series which started as a lockdown project for Louise but soon became an enthralling phenomenon.

This time there is more magic and more big adventures for young readers to lap up over six books.

Louise said she is delighted to get the books into ‘wee hands’ this week and get positive feedback.

“I am confident that children will enjoy Return To Dragonterra because it is a very similar concept to series one. That is intentional because I’m giving young readers more of what they enjoy to encourage them to read more,” she said. Dragonterra wasn’t supposed to have a sequel, but Louise could see the demand was out there.

“I had always perceived it as one series but I started visiting some of the primary schools as an author I saw how excited and captivated they were by the story. They were asking if was I going to write any more,” she said.

Louise initially said she didn’t have the time to write more books, being a mum-of-three and a post-primary school teacher, but when more fans asked for more stories she decided to put pen to paper again.

Evan and Conor and Lucy the wozlett are back again (each character is named after Louise and her husband Ray’s children) and there is a whole new range of characters, magic items and locations to read about. The books are written for emerging readers aged seven but children over 10 have been enjoying them and younger children are happily listening to chapters as bedtime stories, Louise said.

The inspiration for Dragonterra originally came from Louise’s eldest child Lucy who adores fantasy books. Louise noticed that most of Lucy’s favourite books were heavily orientated towards girls, with stories about fairies and pink glittery covers. She saw a need for a more gender-neutral series. Her mum Mary helped her find the perfect solution – write the series herself!

“It has been a real genuine adventure for us as a family,” Louise said.

The books are designed and formatted by Louise’s uncle Paul Martin, with graphic designer Megan Armitage bringing her artistic talents to the illustrations peppered through the pages.

Louise said it was a pleasant surprise to see the first series take off and sell all around Ireland and abroad.

“I am genuinely very proud of myself, it has been a good thing to get feedback from parents saying this is the first time they have seen their child excited for a second book,” she said.

While it was parents who picked up the first series out of curiosity, this time it’s the children driving the demand. Return to Dragonterra is already a popular choice on many Christmas wish lists.

“The fact children are really excited about them is just so lovely. I’ve also had great support from local parents and local schoolteachers reading it as a read-aloud to their class. As a teacher myself, I appreciate the support of the teaching community so much and parents recommending by genuine word of mouth.”

Return to Dragonterra books and the original series are available to buy online on dragonterra.ie and in many local bookshops now (see list of stockists here) and you can meet Louise today, Saturday 3rd December at a signing from 2pm-4pm in Bookmark, Letterkenny Shopping Centre, next to Penneys.

Books will also be on sale tomorrow, Sunday, at the Letterkenny Babies Christmas Jumper Party in Letterkenny Community Centre. All welcome. 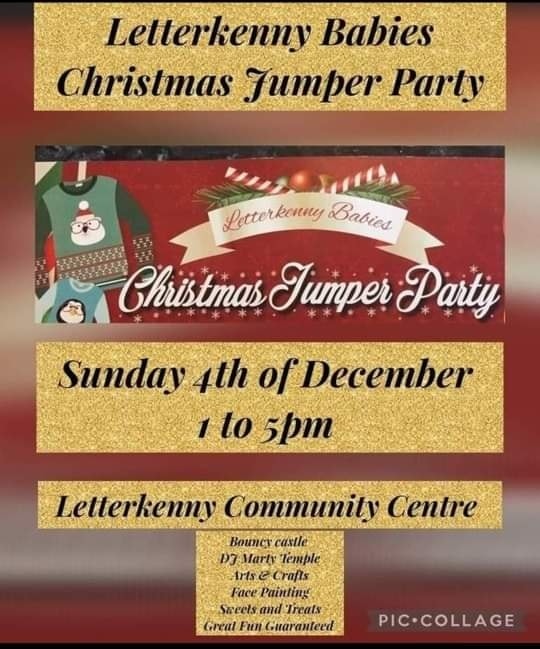