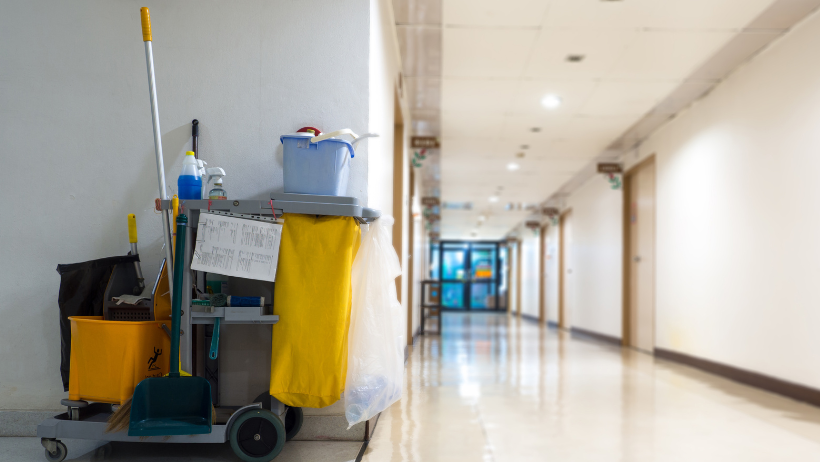 The Mayor of Letterkenny-Milford has called on the government to seek a review of job upgrades for domestic and household staff at Letterkenny University Hospital.

Cllr Donal ‘Mandy’ Kelly said it is “shocking and disrespectful” that staff have been passed over for pay increases following recent job evaluations.

The issue came to the fore this week when household/domestic staff were not granted a role upgrade which would lead to a pay increase. Meanwhile, other support staff in portering and catering received their band increase. Domestic staff launched a petition and an open letter to highlight their call for fairness and equality.

Cllr Kelly said that staff are losing out on a pay increase of 8% and back pay.

“That is not good enough from my perspective,” Cllr Kelly told Donegal Daily.

“The work these staff members carry out is second to none and we’ve seen that first hand though Covid.”

Cllr Kelly said he has made representations on behalf of the staff to Donegal Minister Charlie McConalogue and Health Minister Stephen Donnelly this week.

“I am seeking that this will be looked into as a matter of urgency and that domestic staff will be treated equally,” Cllr Kelly said.

Campaigner Leanne Crumlish, who launched the online petition, said: “We feel very undervalued and disrespected by this decision and want it overturned. We work extremely hard, we are the extra eyes and ears for medical staff, we are kind and empathetic, we are the happy faces that brighten up a lot of patients’ days, we are important and no healthcare setting could function without us. When you needed us we were there, now we need you!!”

When contacted by Donegal Daily, a spokesperson for the Saolta Hospital Group said they ‘do not comment on staff related matters’.